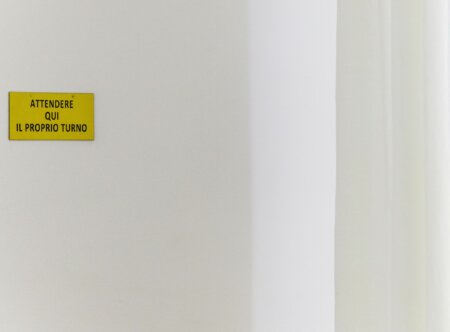 Italo Zuffi presents Reconstruction, performance from 2011, of which he proposes a new version, specifically created for BUILDING. The work consists of an installation part and a second part in form of live action.

On display there are two other artworks: Conscious Volume, a ceramic sculpture of 2012, exhibited in the same year in New York and city of which the work itself provides, at the same time, the itinerary followedand interstices of meaning in the passage of the translation of the sentence impressed; and Eau de Cologne Italienne, 2015, which collects, in the form of captions, a series of works by Italian artists on the theme of the Italian colonial and imperialist period.
Italo Zuffi: biographical notes Italo Zuffi (Imola, 1969) lives and works in Milan. He mainly uses sculpture, performance and writing. He teaches at L’Aquila Academy of Fine Arts and at Libera Univeristà of Bolzano. Since 2011 he is Guest Lecturer in Performance at the Royal Academy of Art in The Hague. Recent personal exhibitions include: In the form of a summary, Cler, Milan (2019); postura, posa, differita, ar / ge kunst, Bolzano (2016); Potersi dire, MAN, Nuoro (2015); Quello che eri, e quello che sei, Nomas Foundation, Rome (2015). 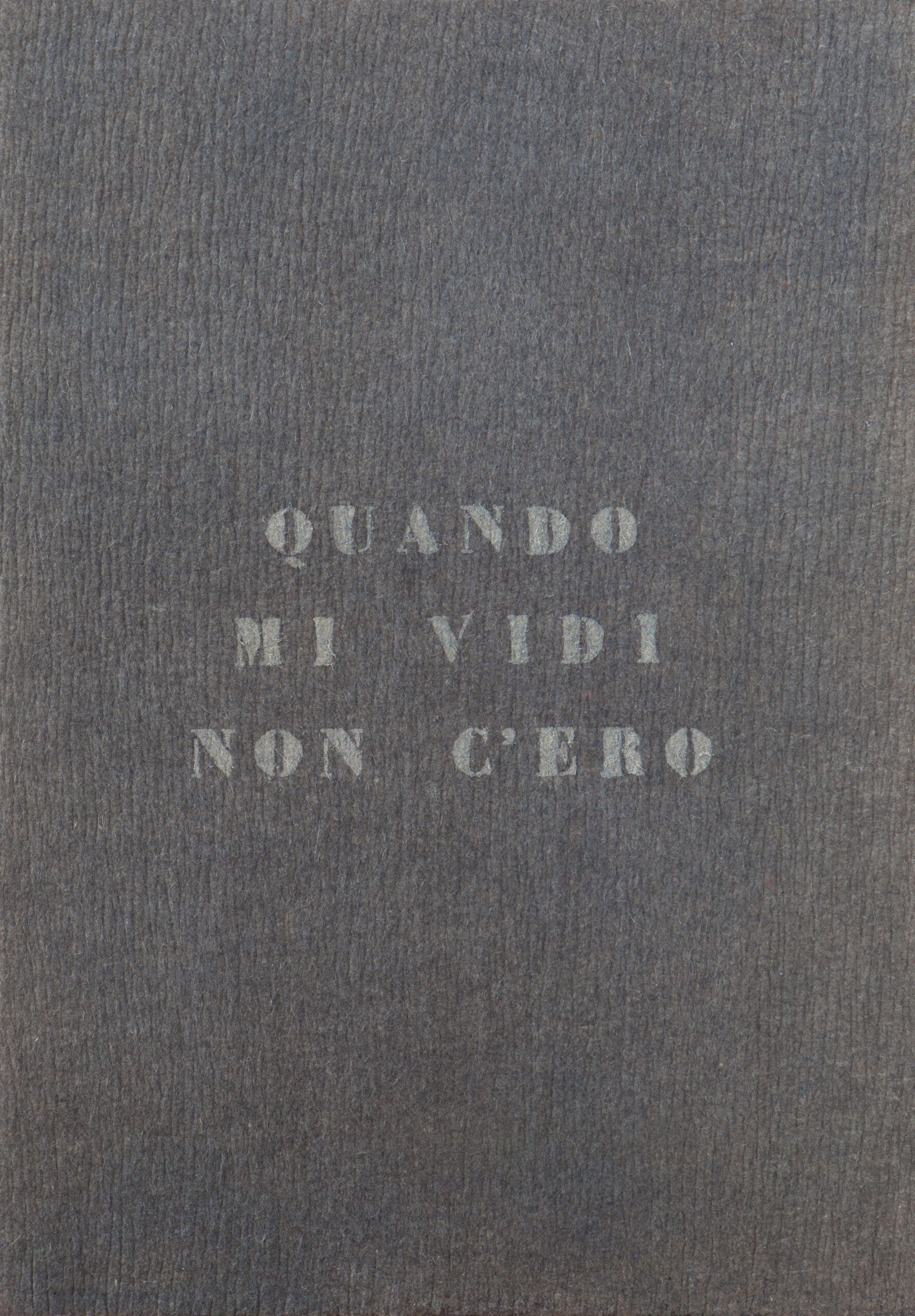