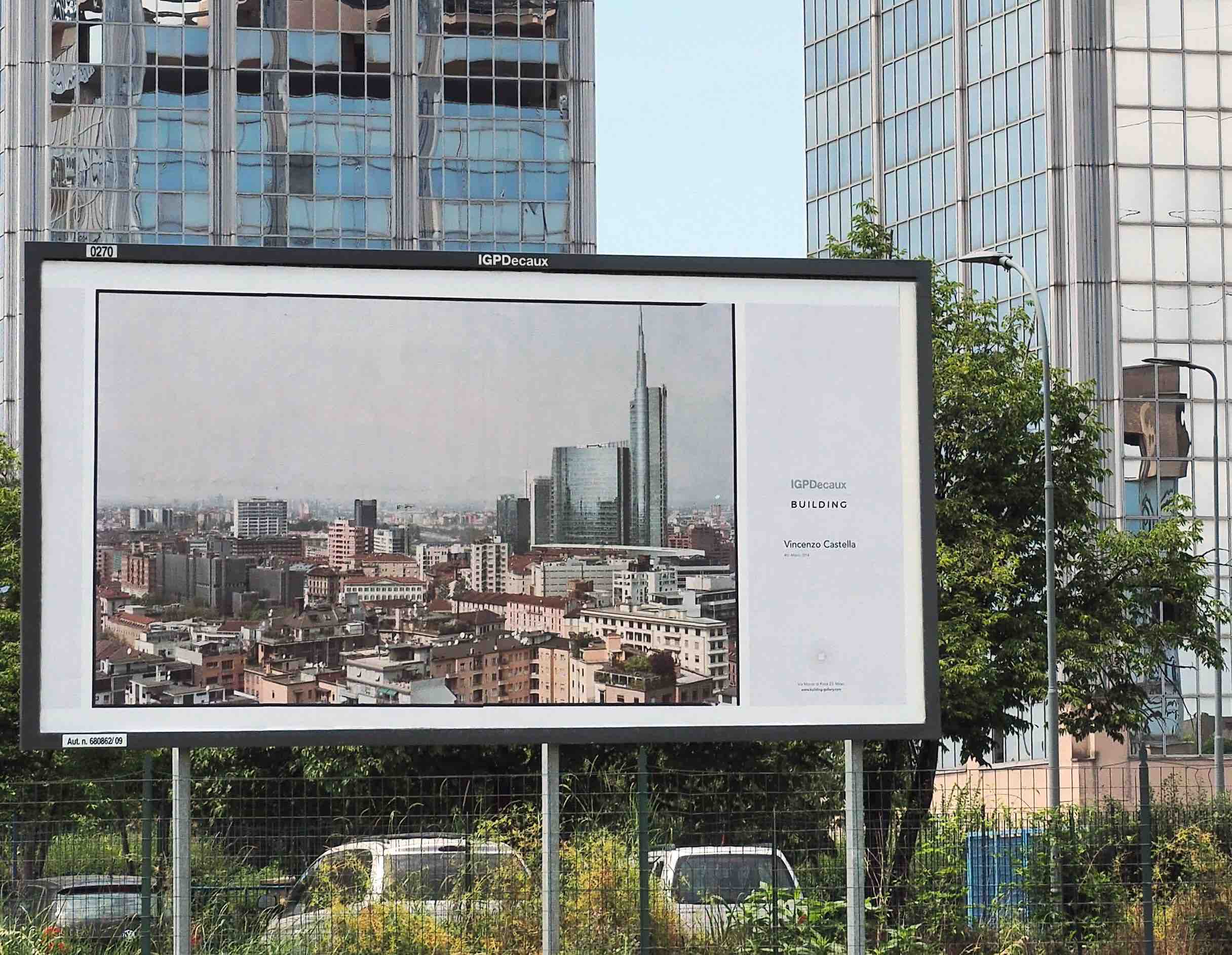 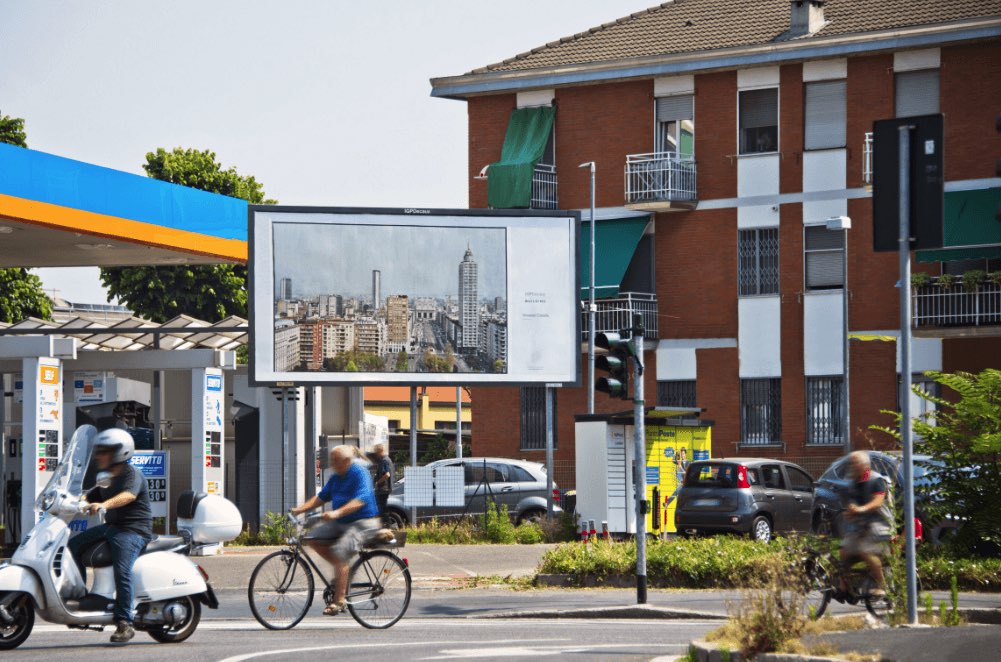 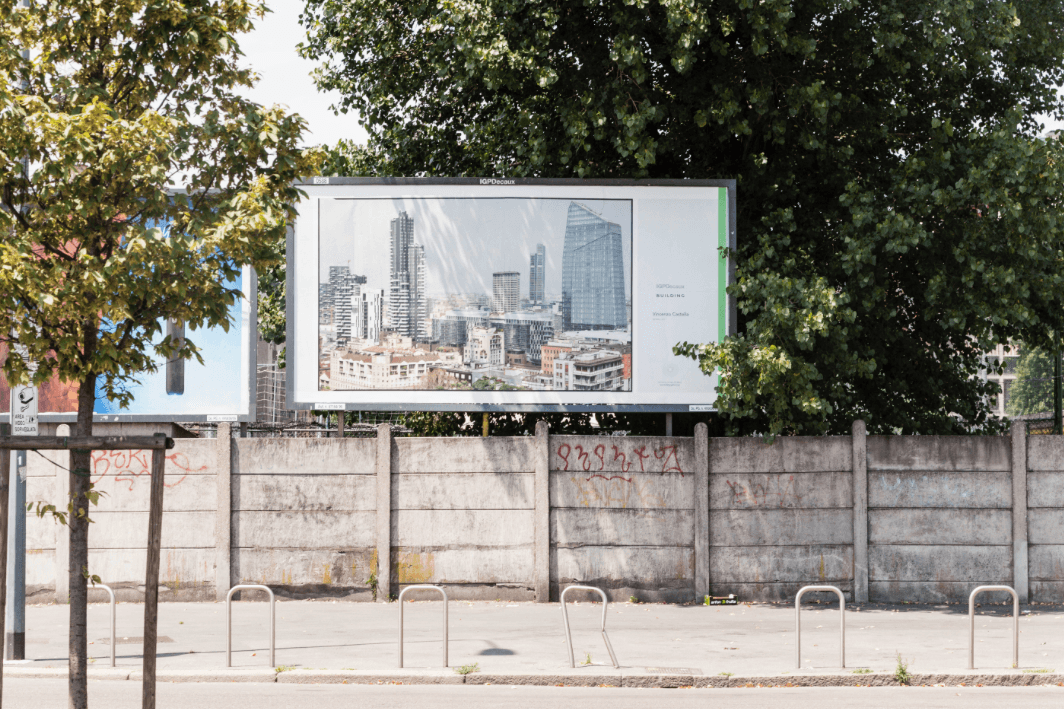 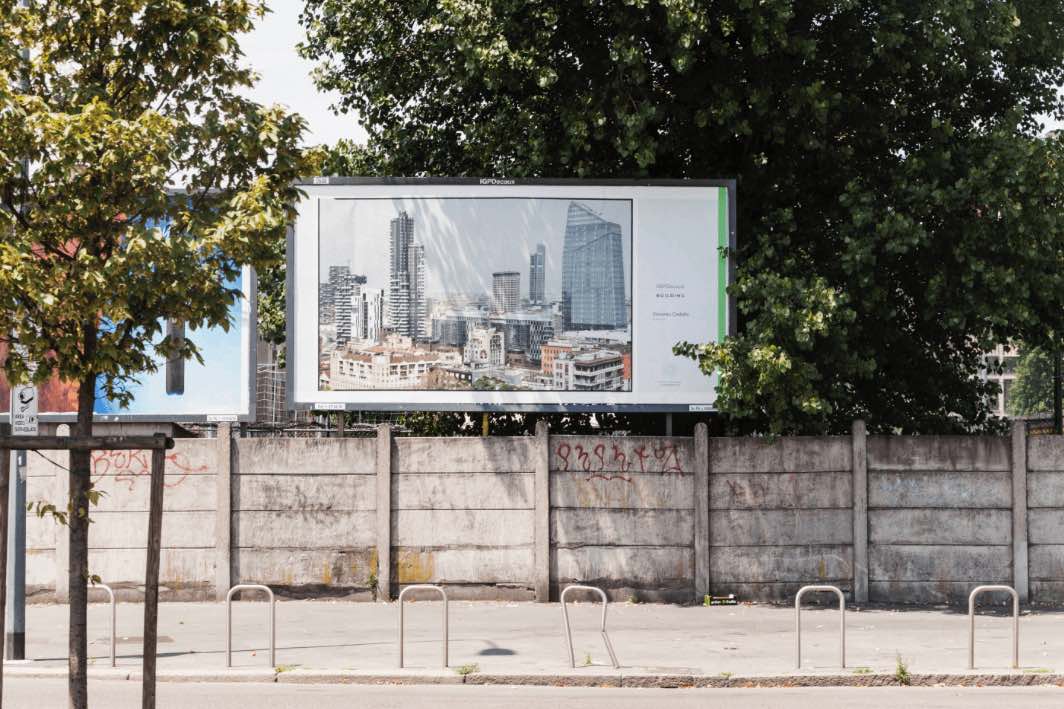 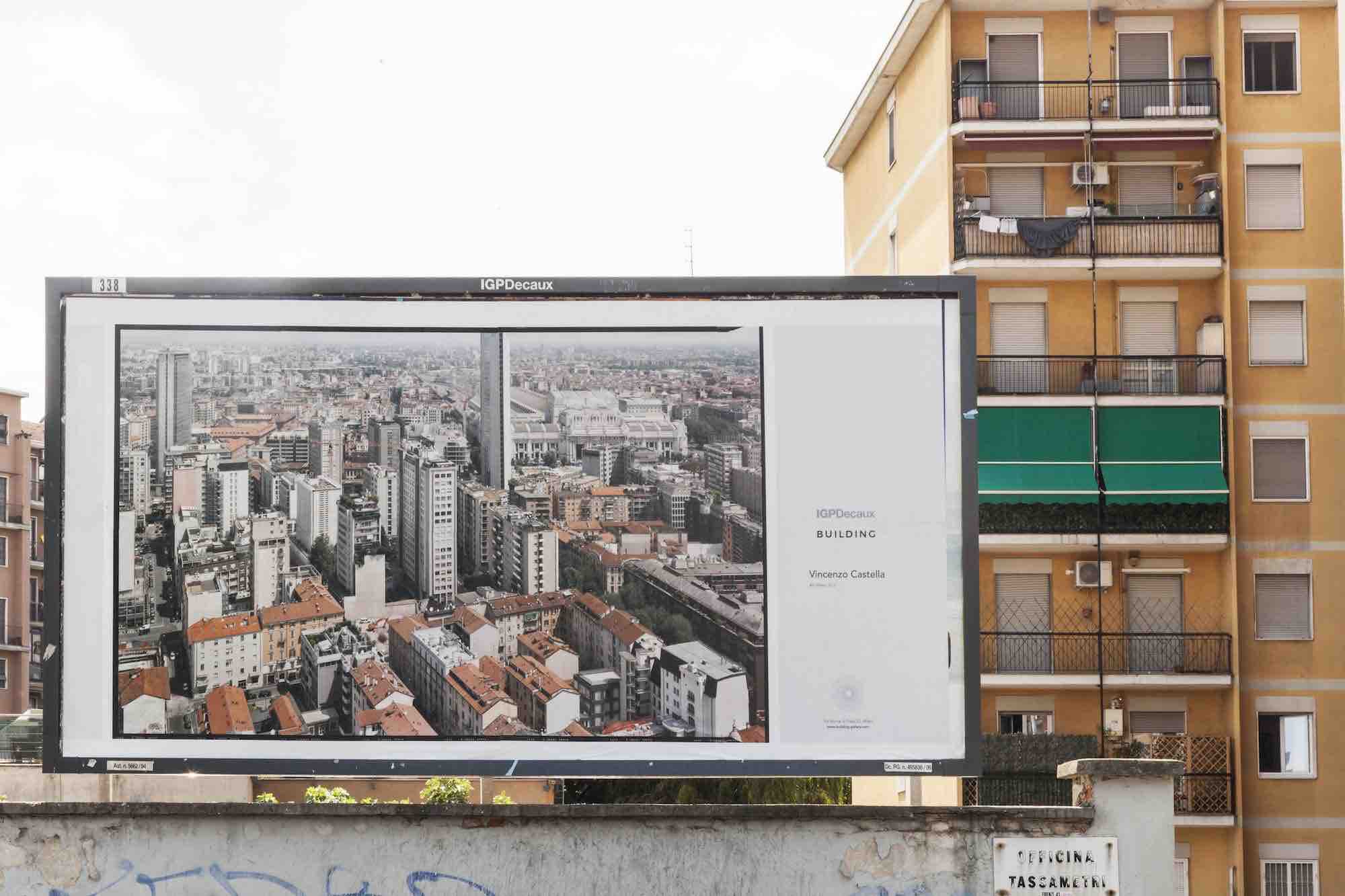 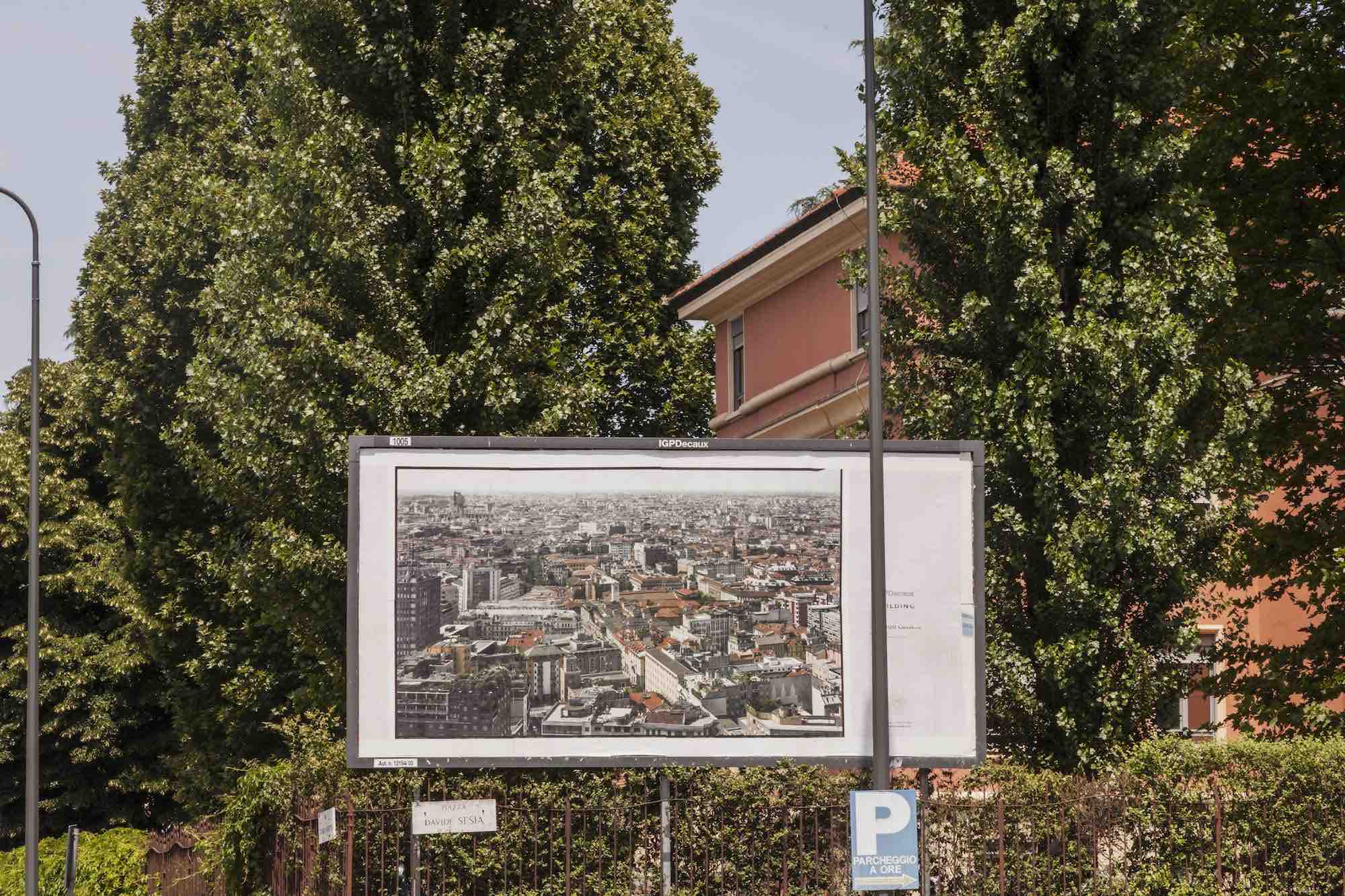 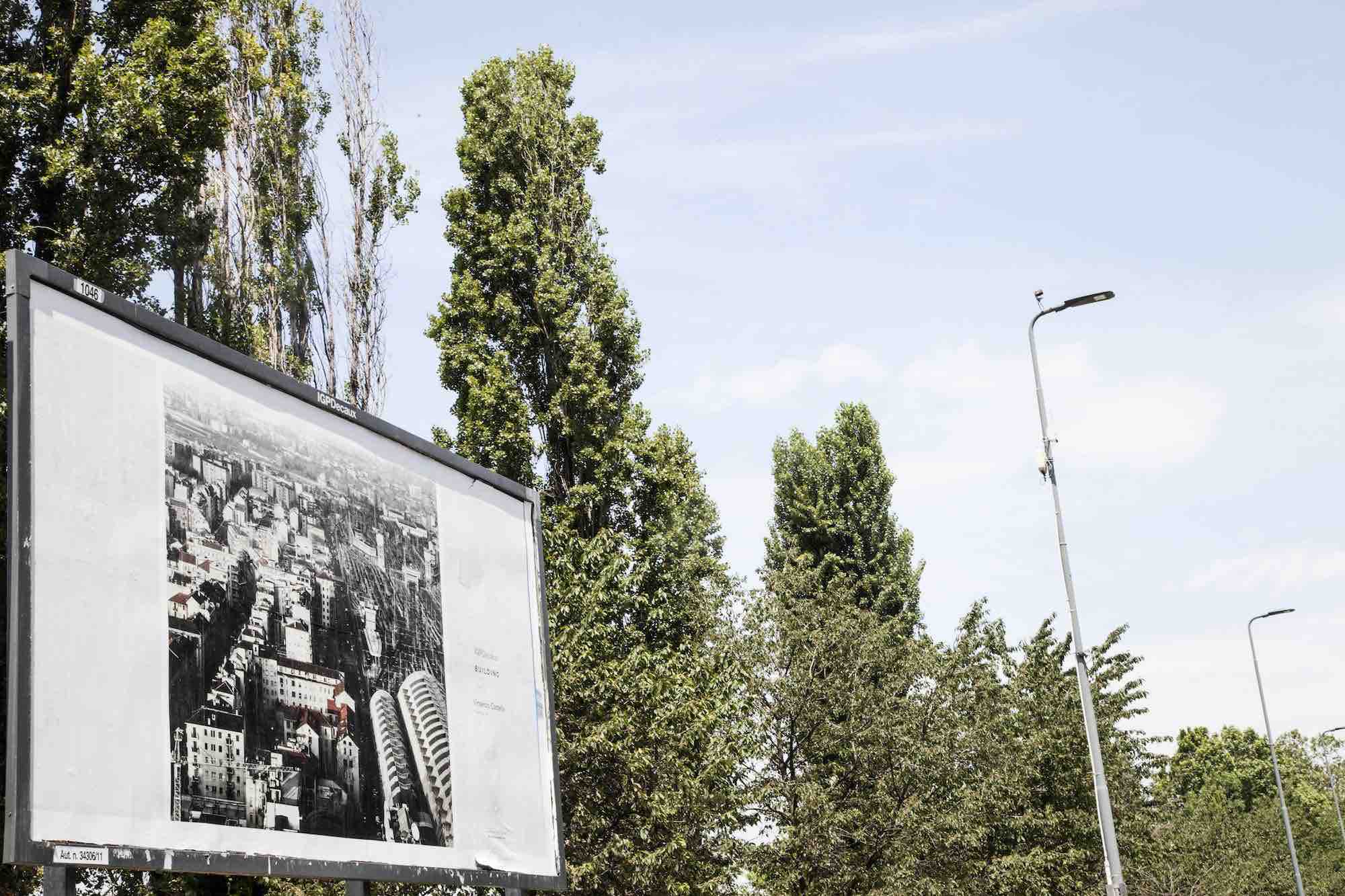 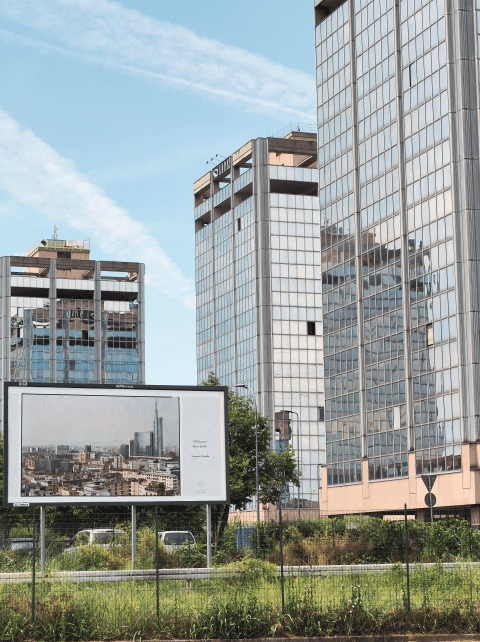 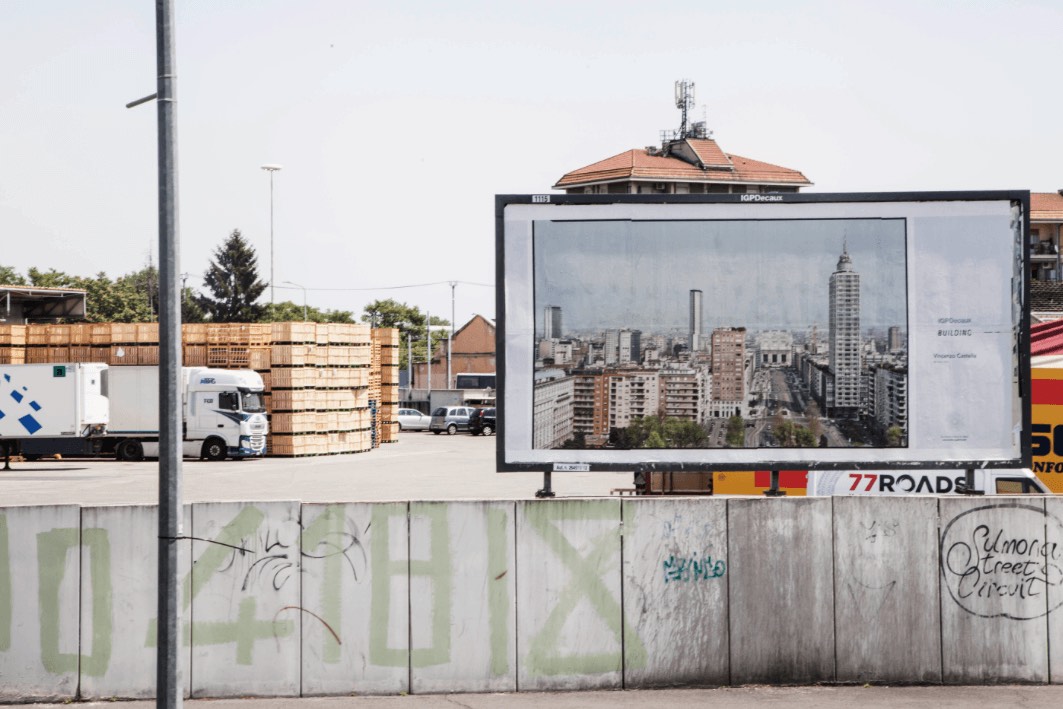 Around Milan, inside the city. Vincenzo Castella

The project has been realized in collaboration with IGPDecaux
10 Jun 2019 – 7 Jul 2019
Around Milan, inside the city is the first intervention on the city of Milan conceived and designed by BUILDING, and the first artist to be featured is Vincenzo Castella. The intervention is a genuine tribute to Milan, offering the city an image of the city, repositioning and camouflaging the photographs by the artist to whom BUILDING recently dedicated a broad retrospective curated by Frank Boehm, not coincidentally titled Milano.

Around Milan, inside the city introduces a new approach to interacting with and supporting the work of artists for BUILDING, and opens up to a series of possible interventions that forge a dialog between the works and the urban setting and its architecture, the collective imagination and the spirit of the city and its various neighborhoods.
For the first intervention BUILDING has chosen Vincenzo Castella’s vision of Milan, a city that has been present in his work since the 1980s. Milan is the artist’s chosen home, current place of residence and the site where he first began exploring the metropolis in his work.

Vincenzo Castella’s photographs adhere closely to the constant movement of the urban setting, and are positioned in the city of Milan like intervals of meta-narrative discourse, playing with the immediate simultaneity of image and reality.

These “fragments of Milan”, rectangular portions of the urban landscape, are located above all in the suburbs, like points of intersection and connection between the buildings, links which reconstruct and bind spaces and vistas of possibility that open up between one construction and the next. 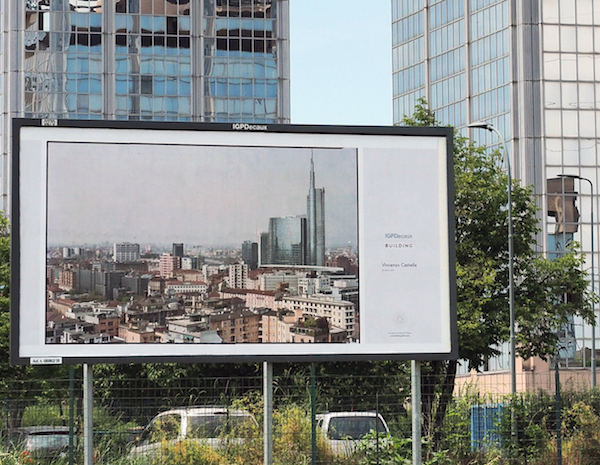 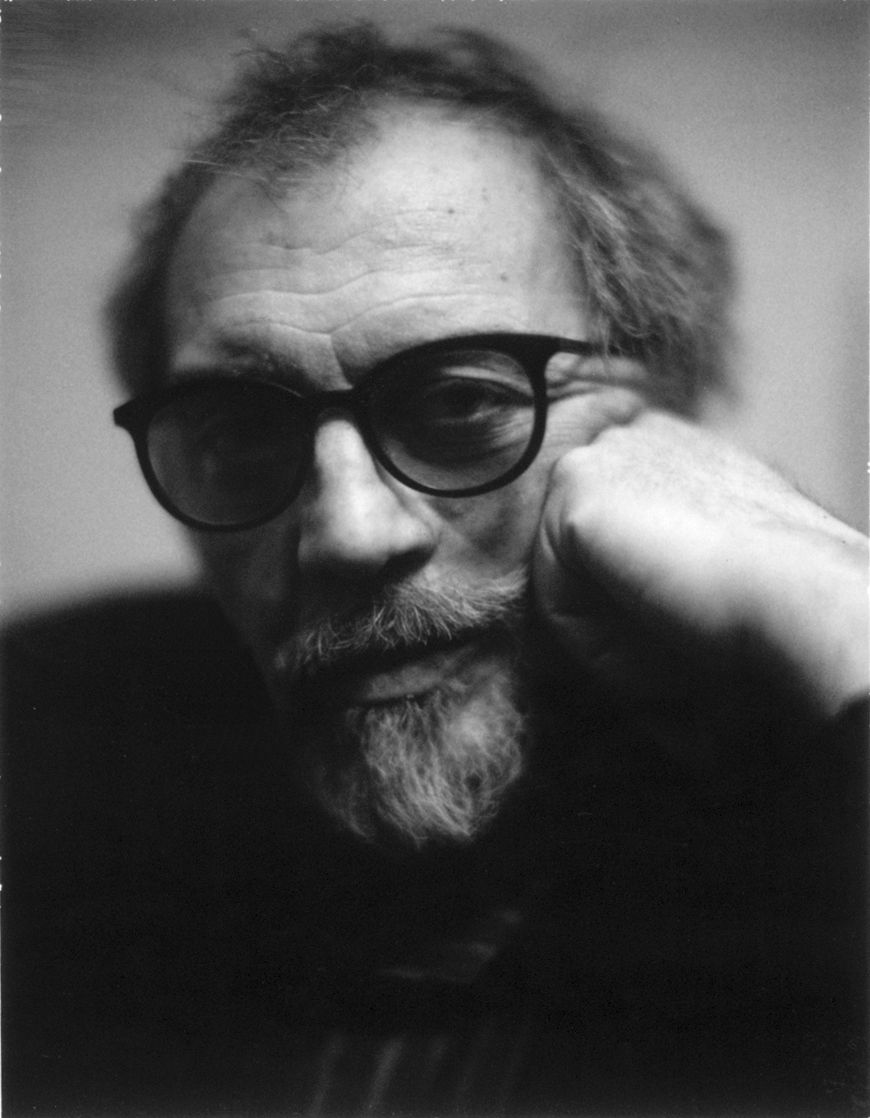