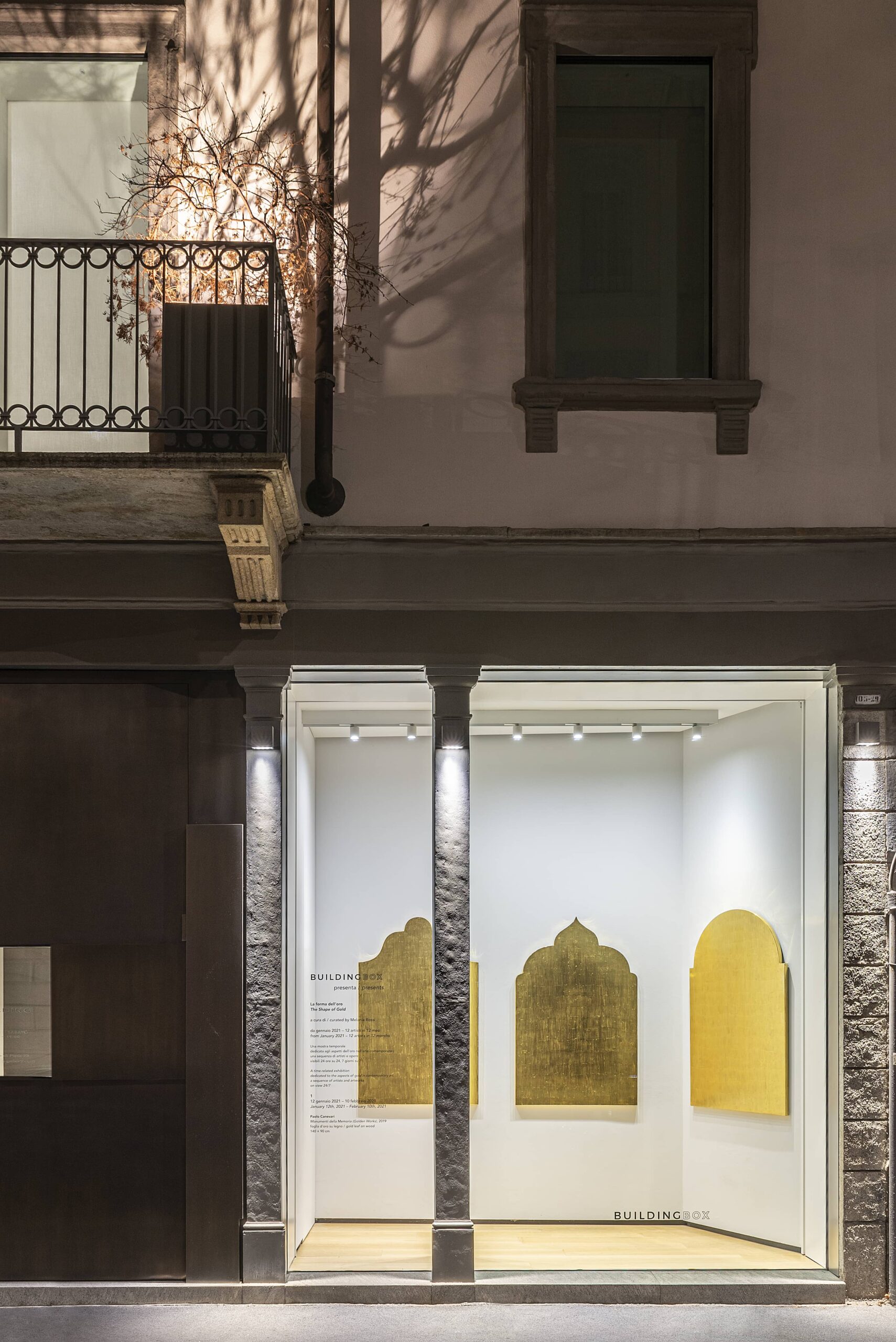 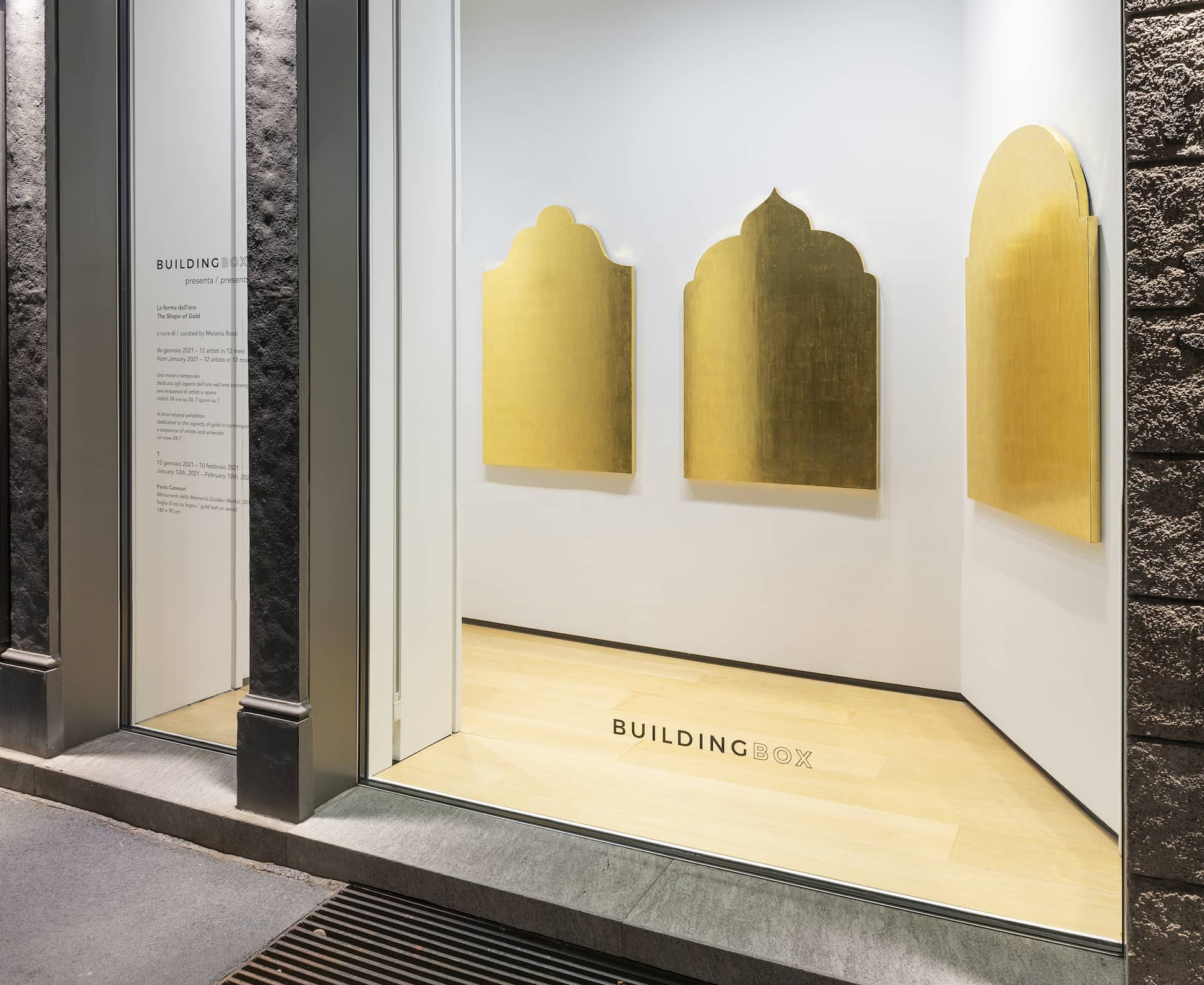 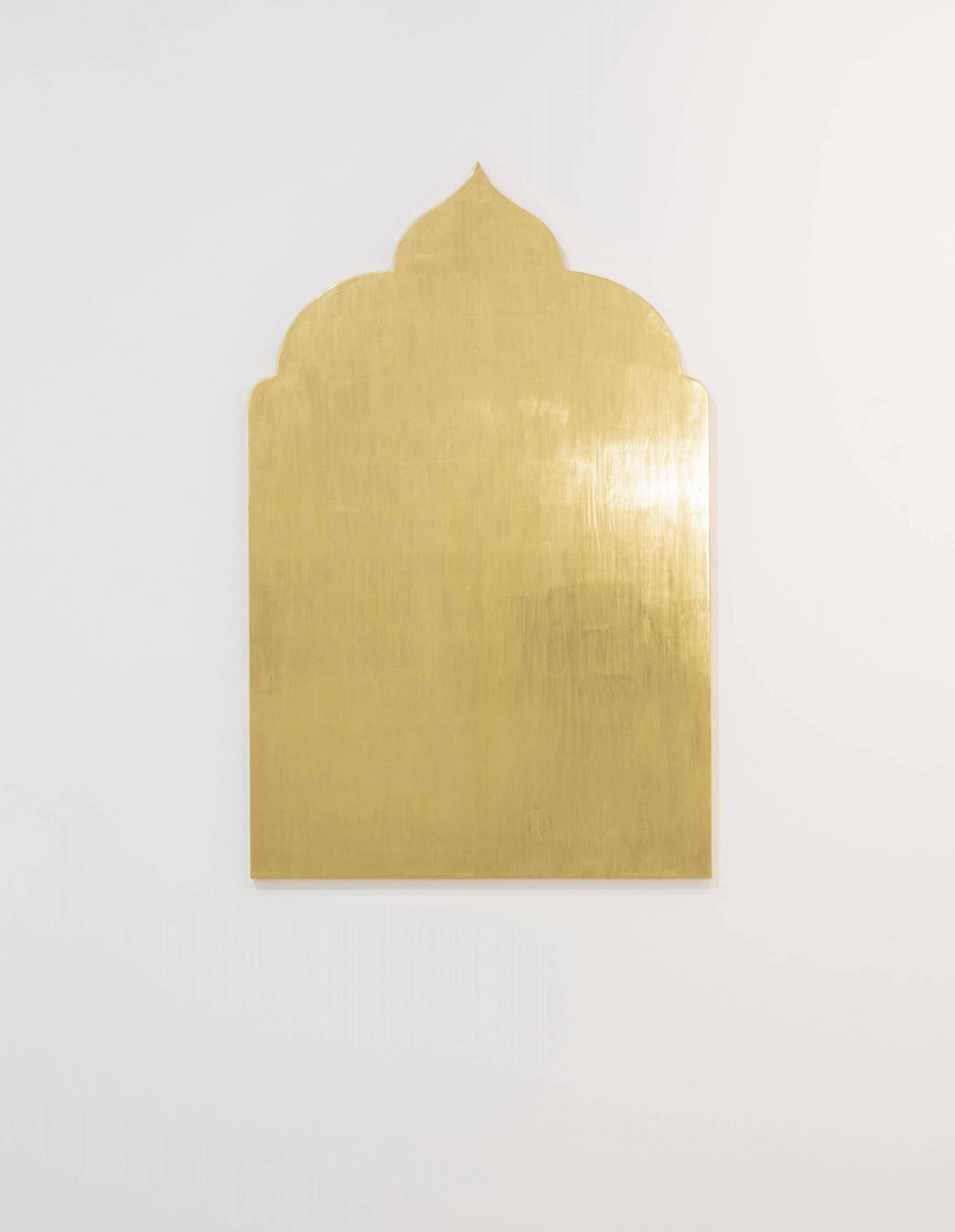 Monuments to Memory, from the series Golden Works, 2019

Opening the exhibition, from January 12th to February 10th 2021 is Paolo Canevari (Rome, 1963) who presents a series of Golden Works, works belonging to the Monuments to Memory cycle.

Paolo Canevari calls his poetics “Baroque Minimalism”, a contradiction in terms that underlines the artist’s non illustrative intent, despite dealing with the various aspects of reality through intensely physical, material works.

The Golden Works presented in BUILDINGBOX are part of the cycle Monuments to Memory [Monumenti della Memoria] that the artist started in 2011-2012 as a radical response to the everyday visual pollution that also affects the art world. For these gold monochromes, Canevari removed himself from the equation, appointing an artisan for the manual application of the gold leaf, an ancient technique used both in Europe and Asia. The silhouettes recall ancient altarpieces, but do not show any references to saints or religious parables: there is nothing for our gaze to grasp except for our own reflection. They are like the echo of a painting, a memory of a painting.

Canevari has chosen not to take part in the contemporary Babel of images, locating his content in the absence of image, as if summoning the spirit of the things in a golden visual silence. What might seem paradoxical frees the work from any kind of conditioning or pre-established message; the form becomes content, and the material – gold – itself conveys meaning. Without other information to go on, the gold leaf panel forces us to use our imagination, offering a free space where our mind can evoke images, experiences, dreams.

Canevari says: “My aim is to make the physical possession of art disappear, like an illusionist, and to bring art back to its spiritual essence, to the elevation of thought as artwork”.

BUILDINGBOX dedicates the 2021 season to the theme of gold in contemporary art with the annual exhibition project The Shape of Gold curated by Melania Rossi. The exhibition aims to offer an overview of the use of golf in contemporary artistic research by presenting the works of twelve artists who allude or use the noble metal in different ways and practices. The installations will be visible 24 hours a day, 7 days a week from the window in via Monte di Pietà 23. 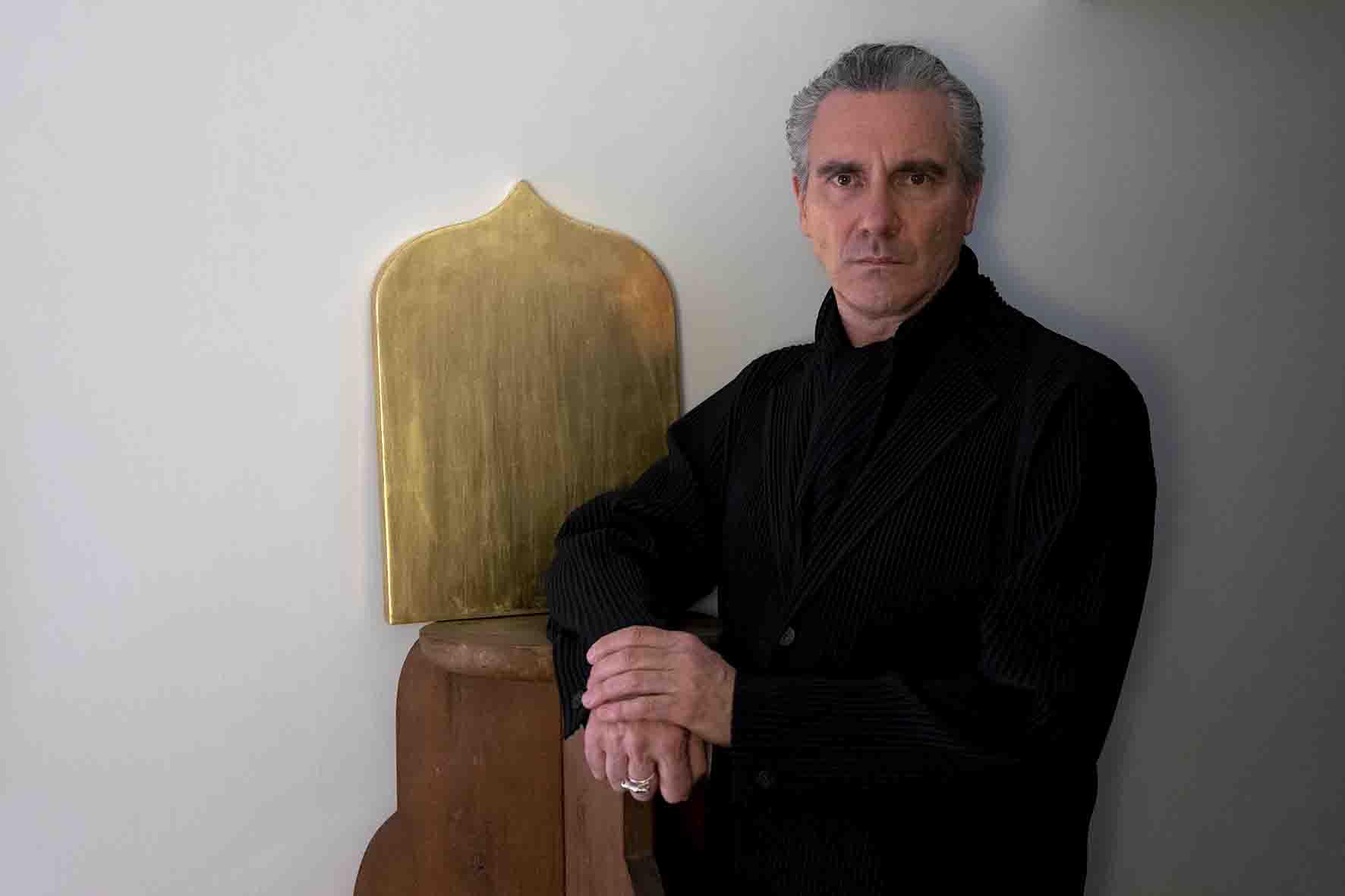 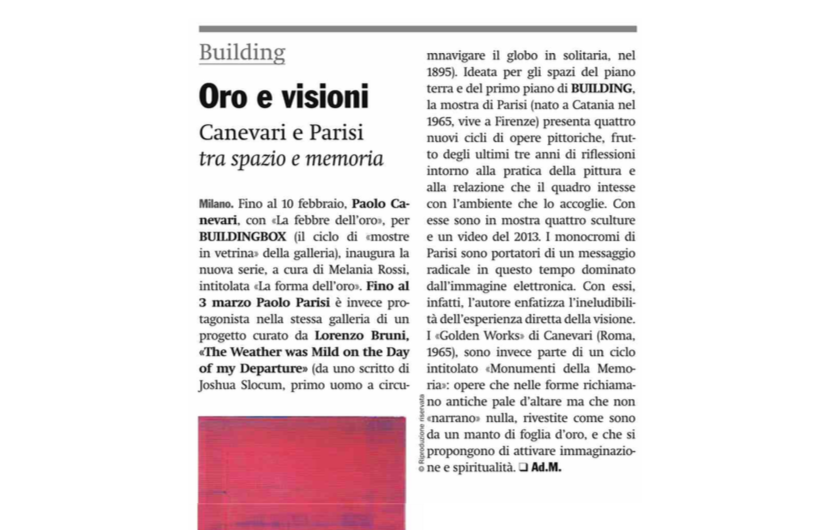 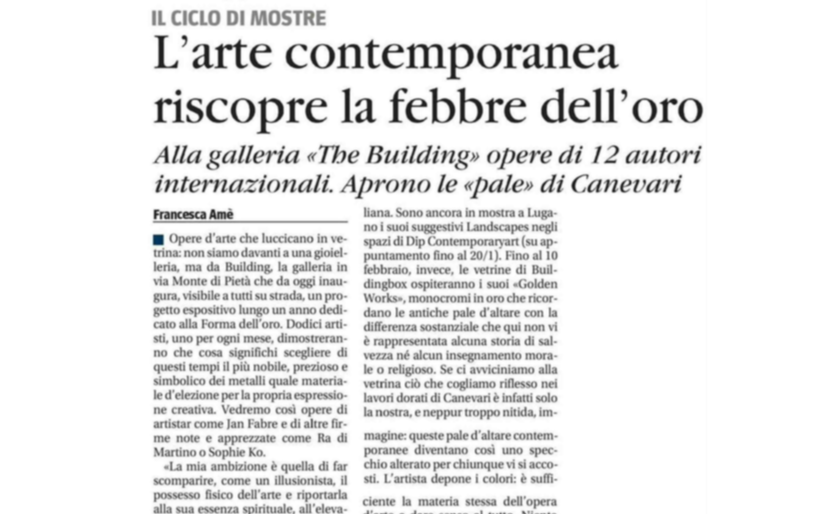 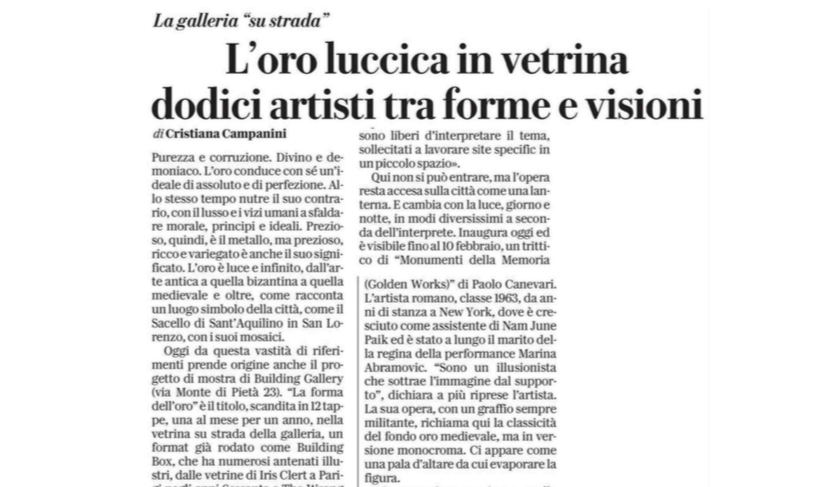 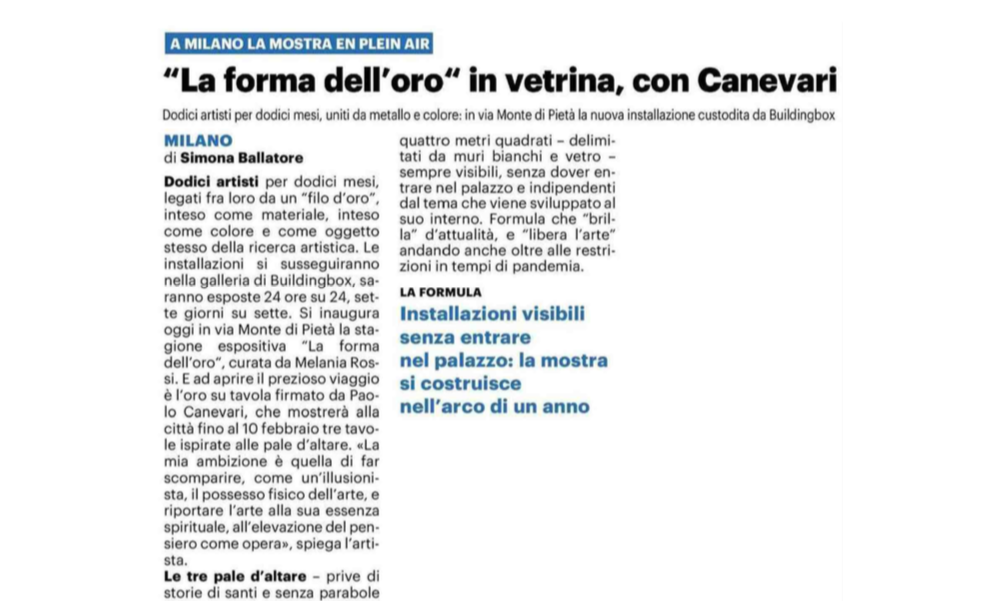