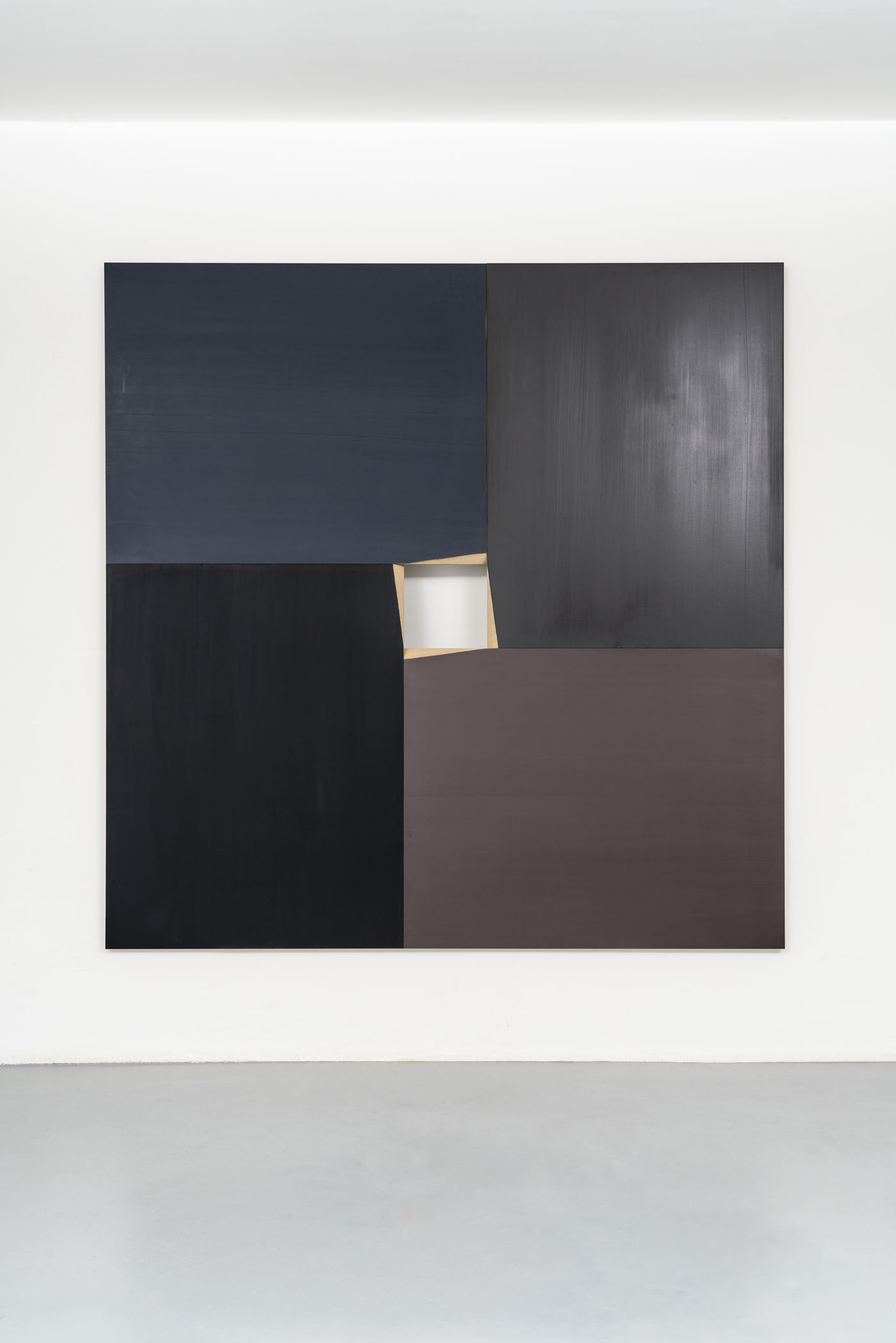 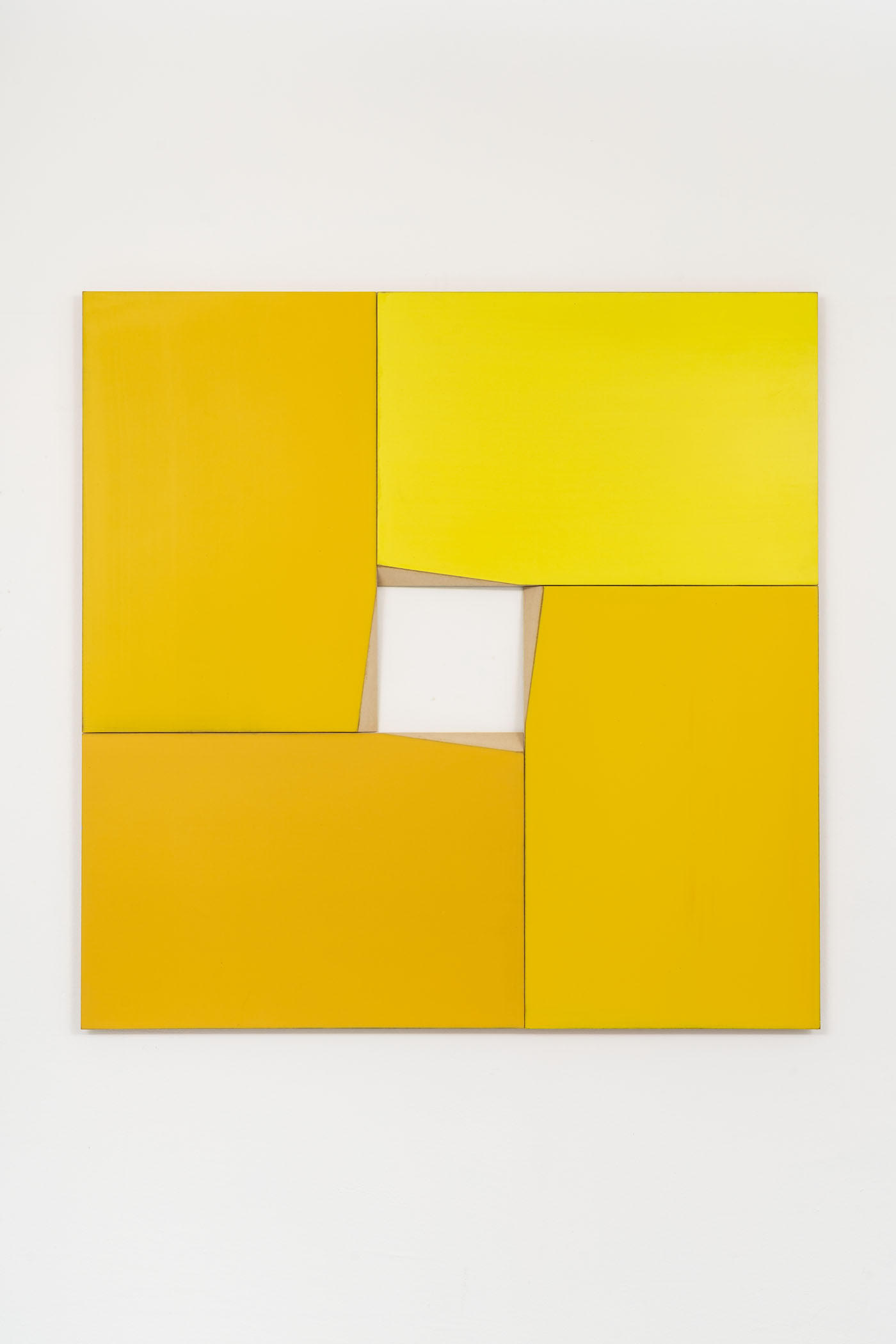 From February 9th to March 25th, 2023 BUILDING presents Sean Shanahan. Cuore a fette, curated by Luca Massimo Barbero, a full frontal thematic exhibition that springs from the artist’s personal reflections on death and eternity.
Spanning three floors of the gallery, it presents a series of autonomous paintings in a very theatrical, site-specific context.
The show plays with expectations, surprises and the unforeseen, offering three different interpretations of the relationship between painting, exhibition space and real-world space.
Metaphorically and physically breaking through the boundaries imposed by the structural elements of the gallery, Sean Shanahan’s works, which draw on monochrome painting, inhabit BUILDING’s three-dimensional space in an arrangement that could almost be likened to an installation.
The use of MDF (medium density fireboard), a signature element of the artist’s practice, highlights the ambiguity of the work as object, hinting that we view the paintings as concrete entities that need to create space for themselves, rather than merely occupying it. The oil paint, applied in flat, monochrome layers and absorbed by the wood-based material, is another key part of this process, an integral part of the painting rather than just a surface coating.
The exhibition designed for BUILDING is divided into three closely connected sections and presents a succession of unexpected situations, in which the environment is shaped and molded by the artist to allow the viewer to perceive his works from novel, different perspectives.
On the ground floor, the works interact with the exhibition space through their dramatic, conceptual use of color. The relationship they forge with the walls gives rise to a “danse macabre” that lends its name to the five large paintings that evenly mark out the space. The visual focal point is the central aperture that characterizes all the works on display: its presence/absence is the leitmotiv of the show. This square opening, accentuated by bevelled borders which are deliberately left blank, is the epicenter we are invited to focus on, before we can extend our gaze to the painting as a whole, and the immersive context it is an integral part of.
The exhibition continues on the first floor, which is titled Hysterical Aftermath. In a traditional “white cube” setting, the picture/object imposes its presence, establishing a dynamic rapport with the white wall and surrounding setting. Three large works entitled Flounder (2022), Float (2022) and Flight (2022), stand out in the space, rejecting the typical two-dimensionality of paintings and highlighting their tangible, material presence. The unexpected shades of the oil paint absorbed by the support in MDF, treated by the artist as a structural, visually active part of the work, radiate into the white space of the first floor, highlighting their depth and substance.
The third and last section of the exhibition, on the second floor of the venue, is freely inspired by the Latin phrase “sub specie aeternitatis”, directly referencing the concept of the incommensurable and eternal. Here it is the space that prevails over the paintings and dictates the positioning of the works. The painting/object comes across to all intents and purposes as a “window on the world”, and our gaze is allowed to pass through the painting, thanks to the square hole, breaking down the boundaries between medium and gallery to explore the real space without limitations and extend its scope, giving us a taste of the infinite.
The exhibition is accompanied by a catalogue published by BUILDING which offers a virtual tour of the show, richly illustrated with photographic documentation of the works. The publication also includes original insights and accomplished theoretical writings, including texts by Luca Massimo Barbero, Federico Ferrari, Giuseppina Panza di Biumo and Alberto Zanchetta. 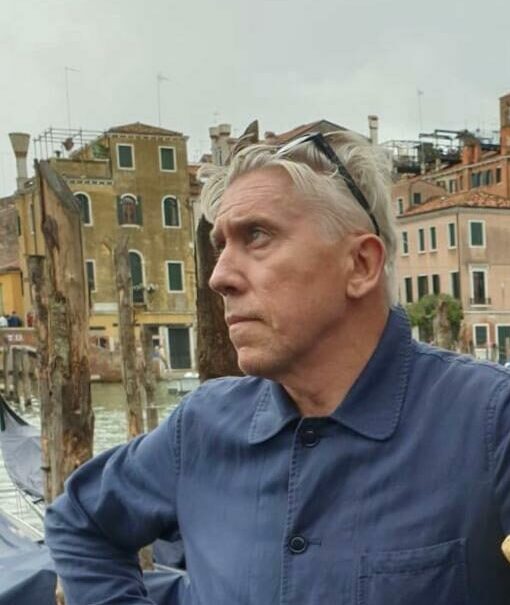