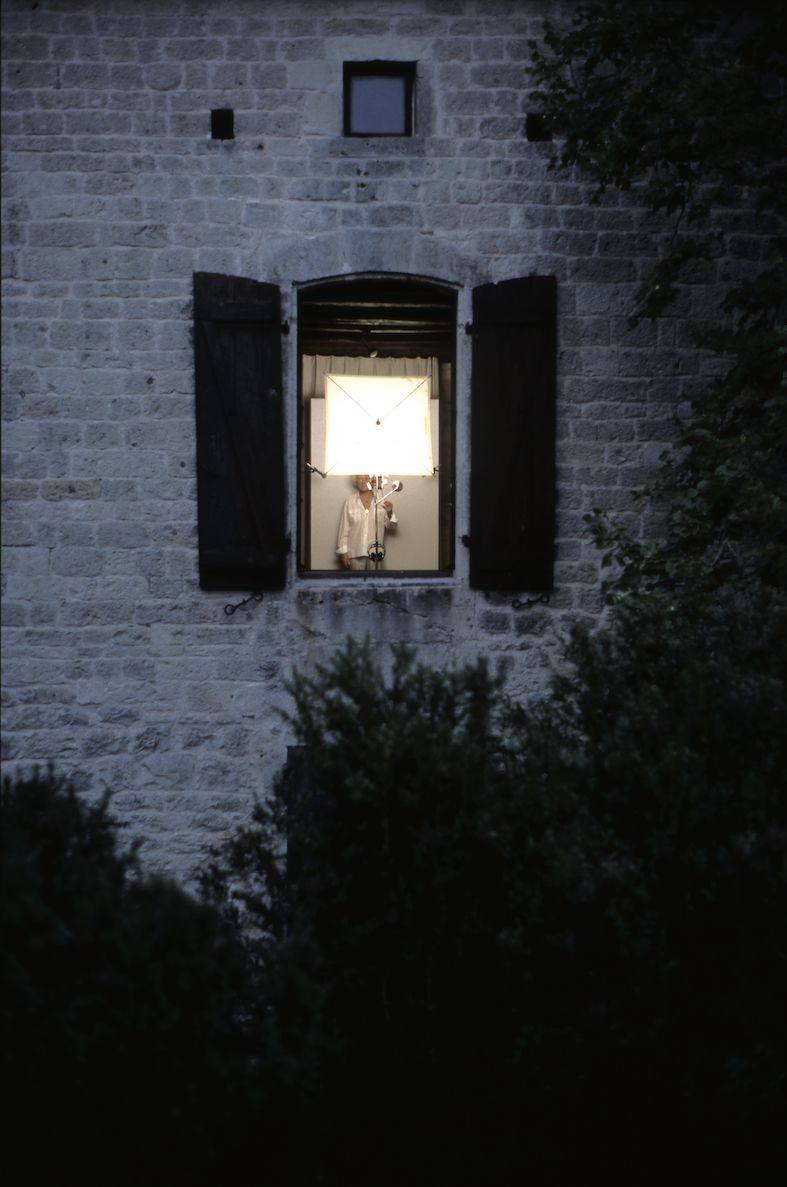 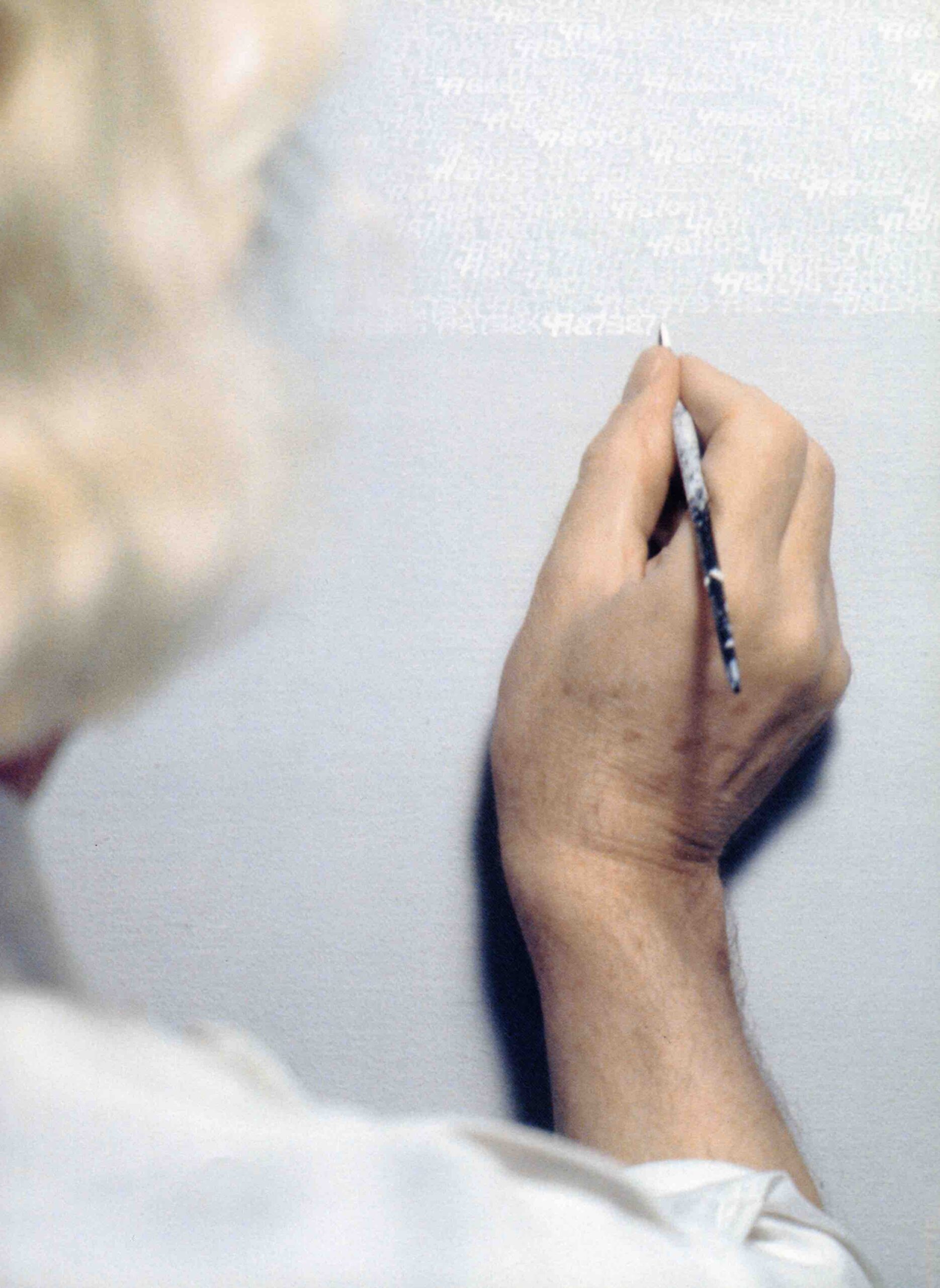 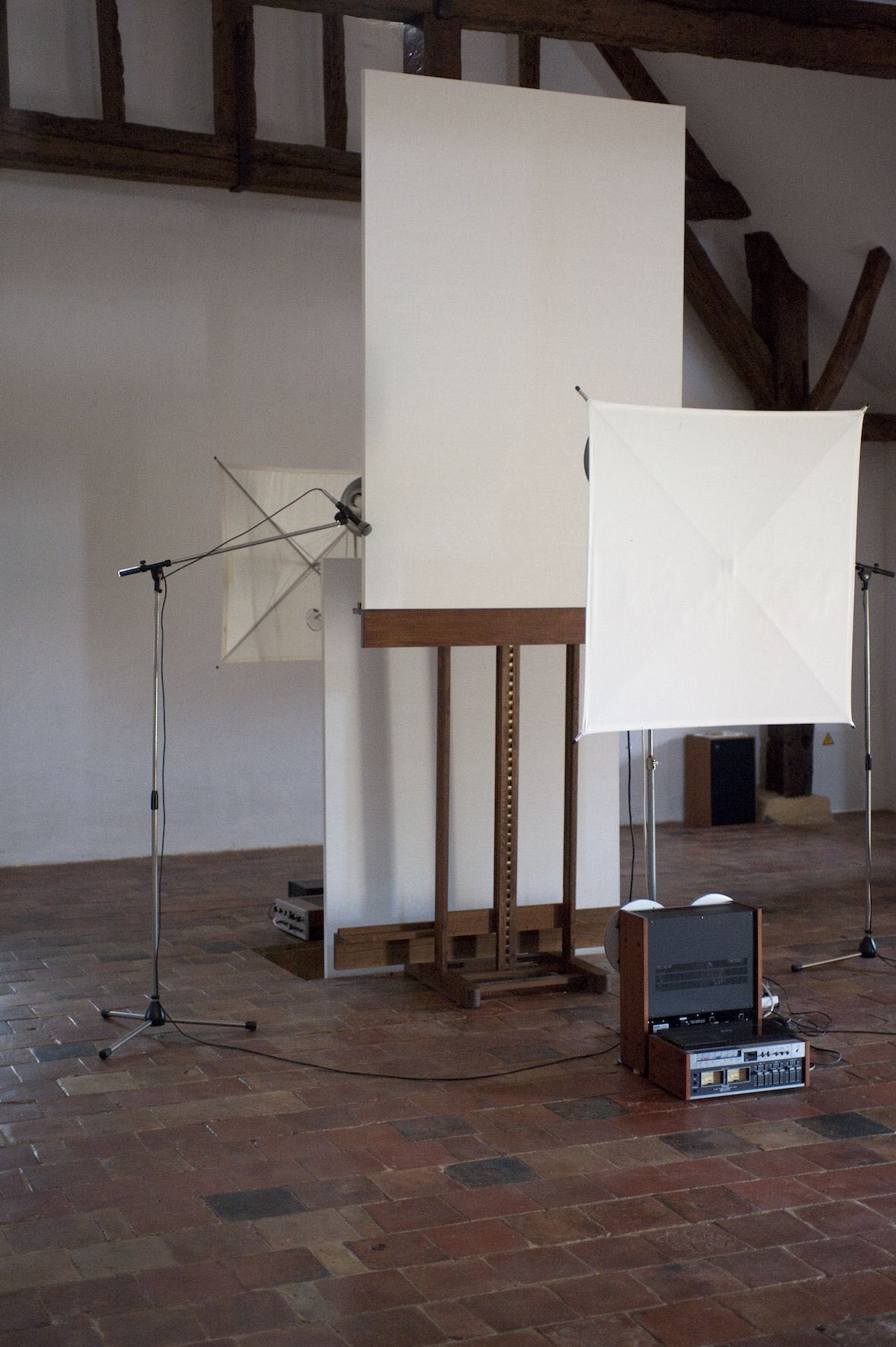 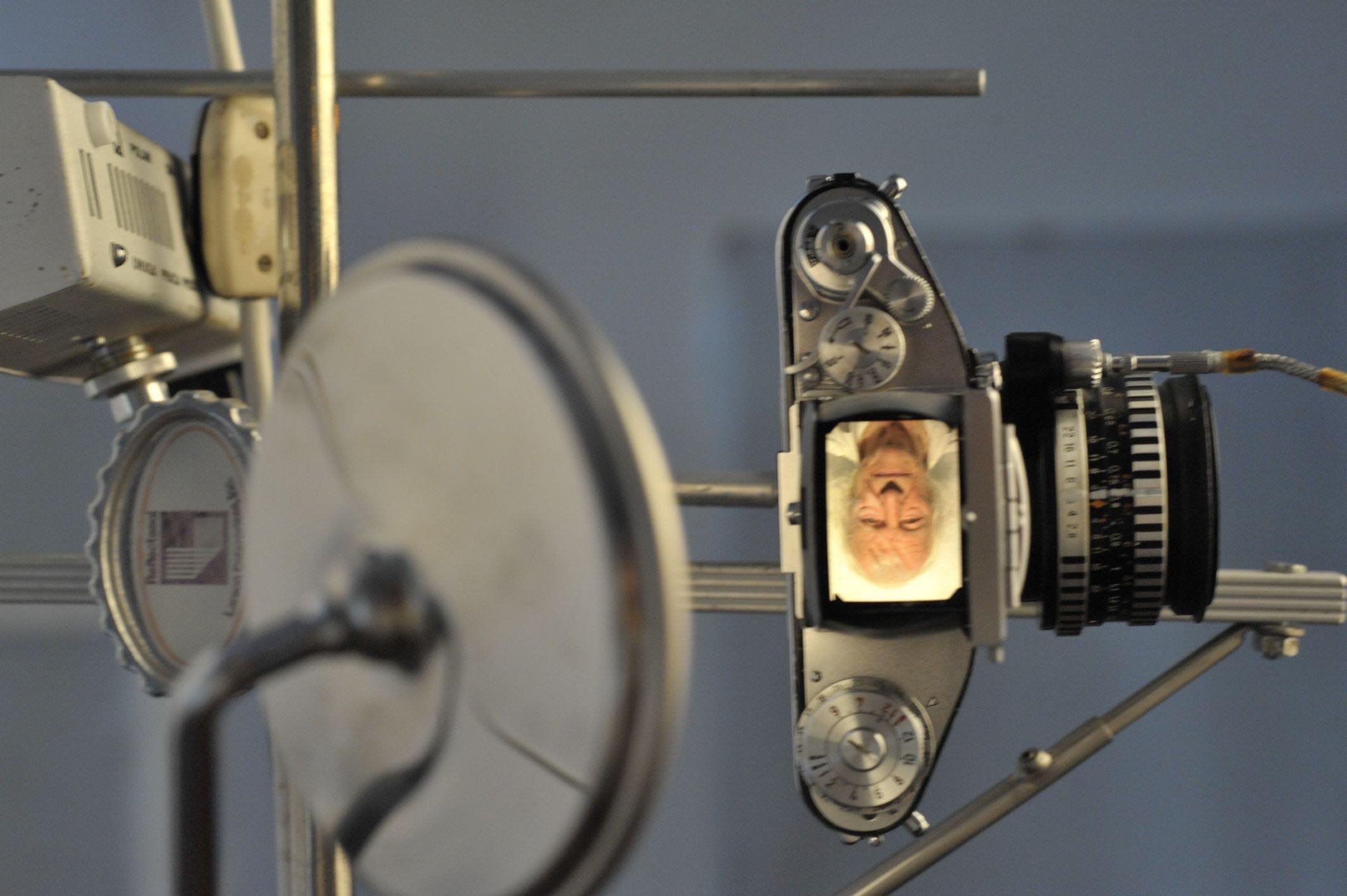 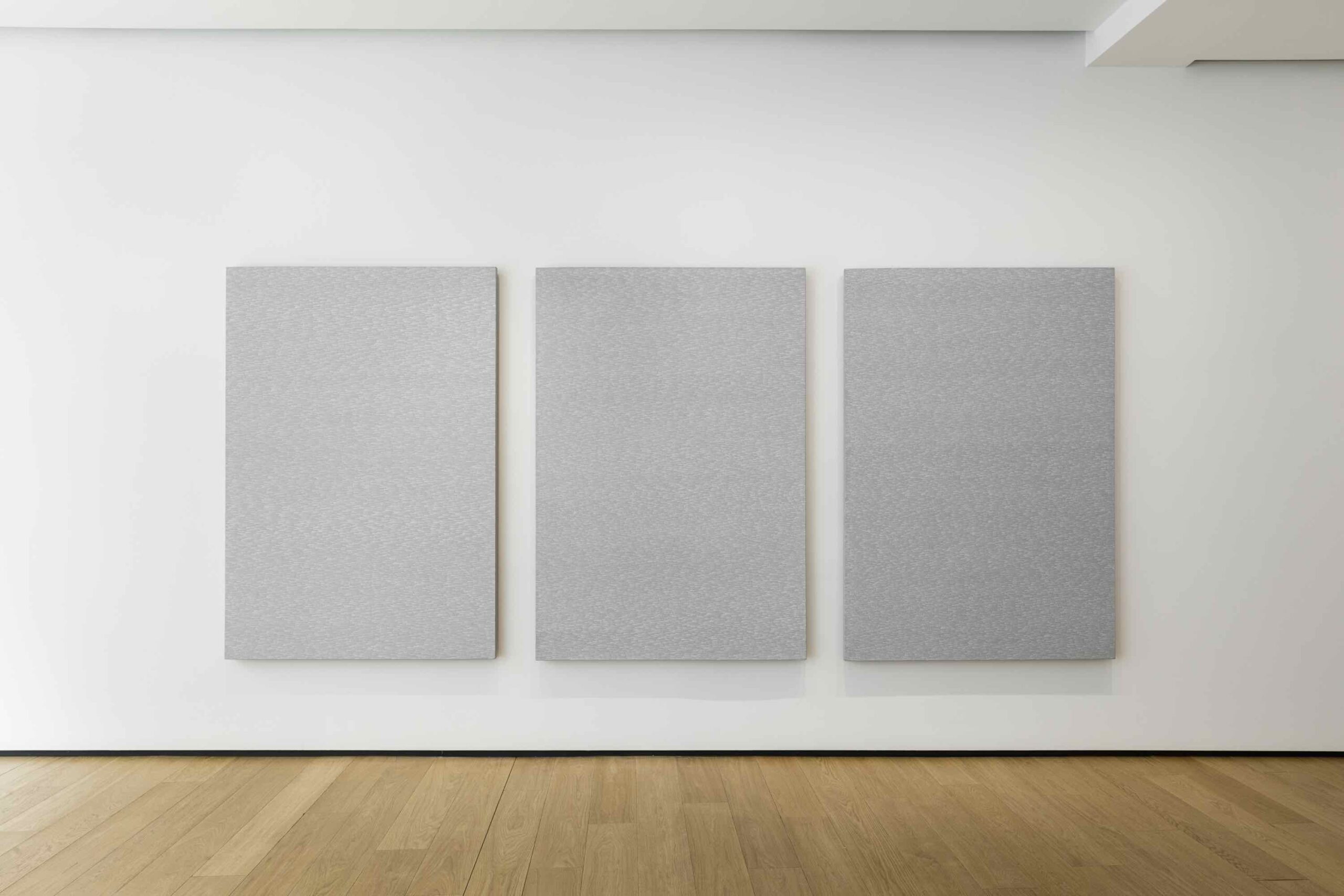 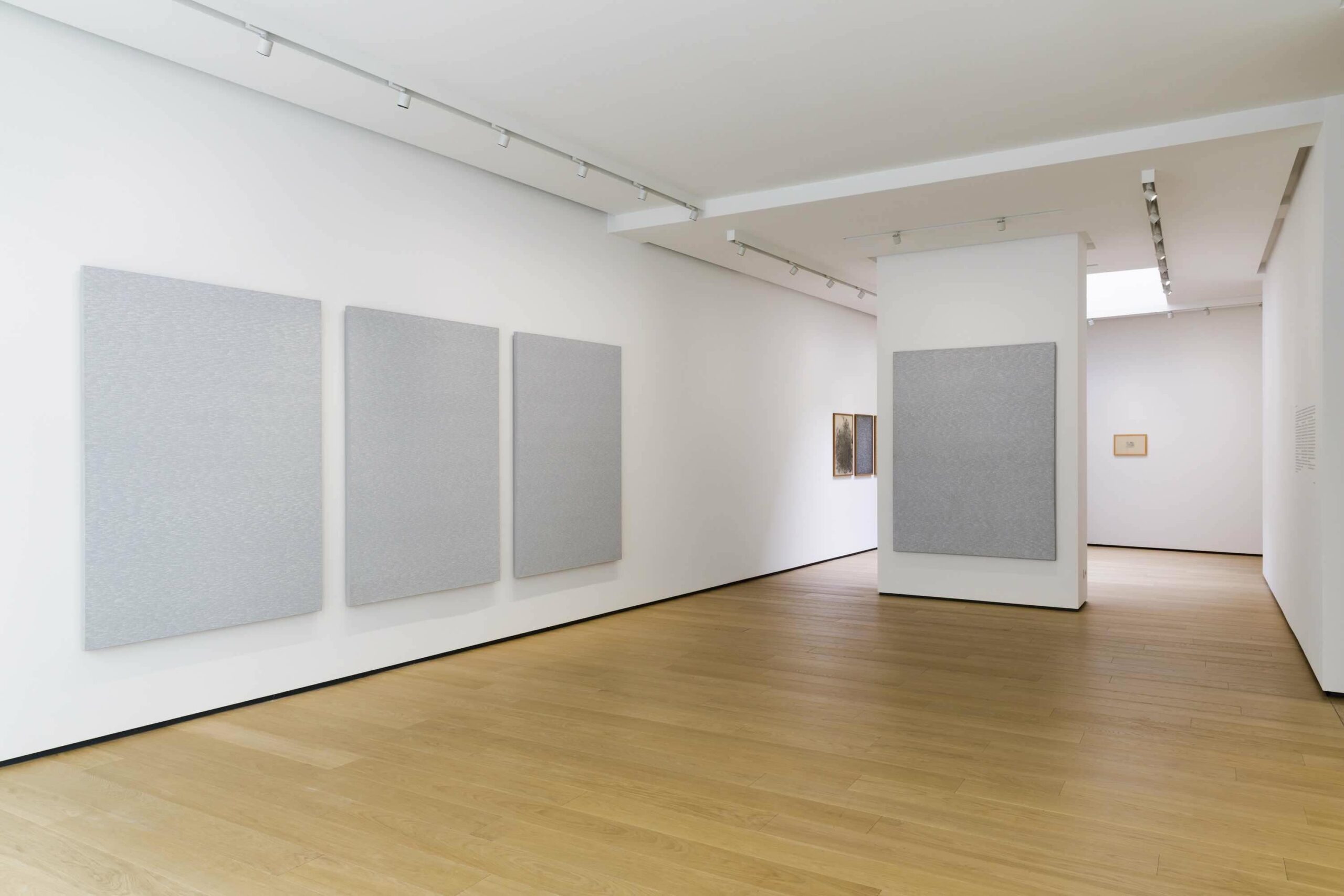 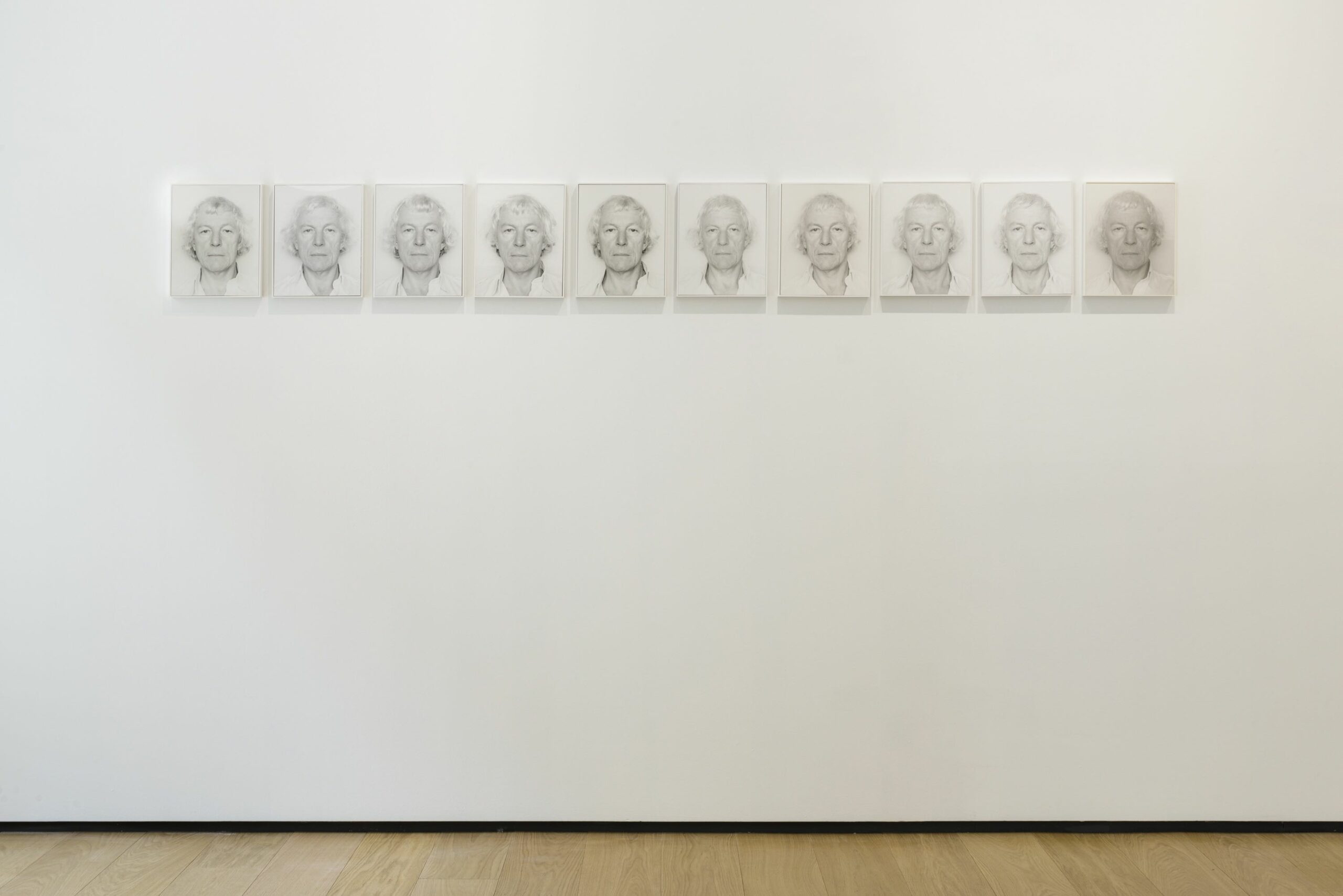 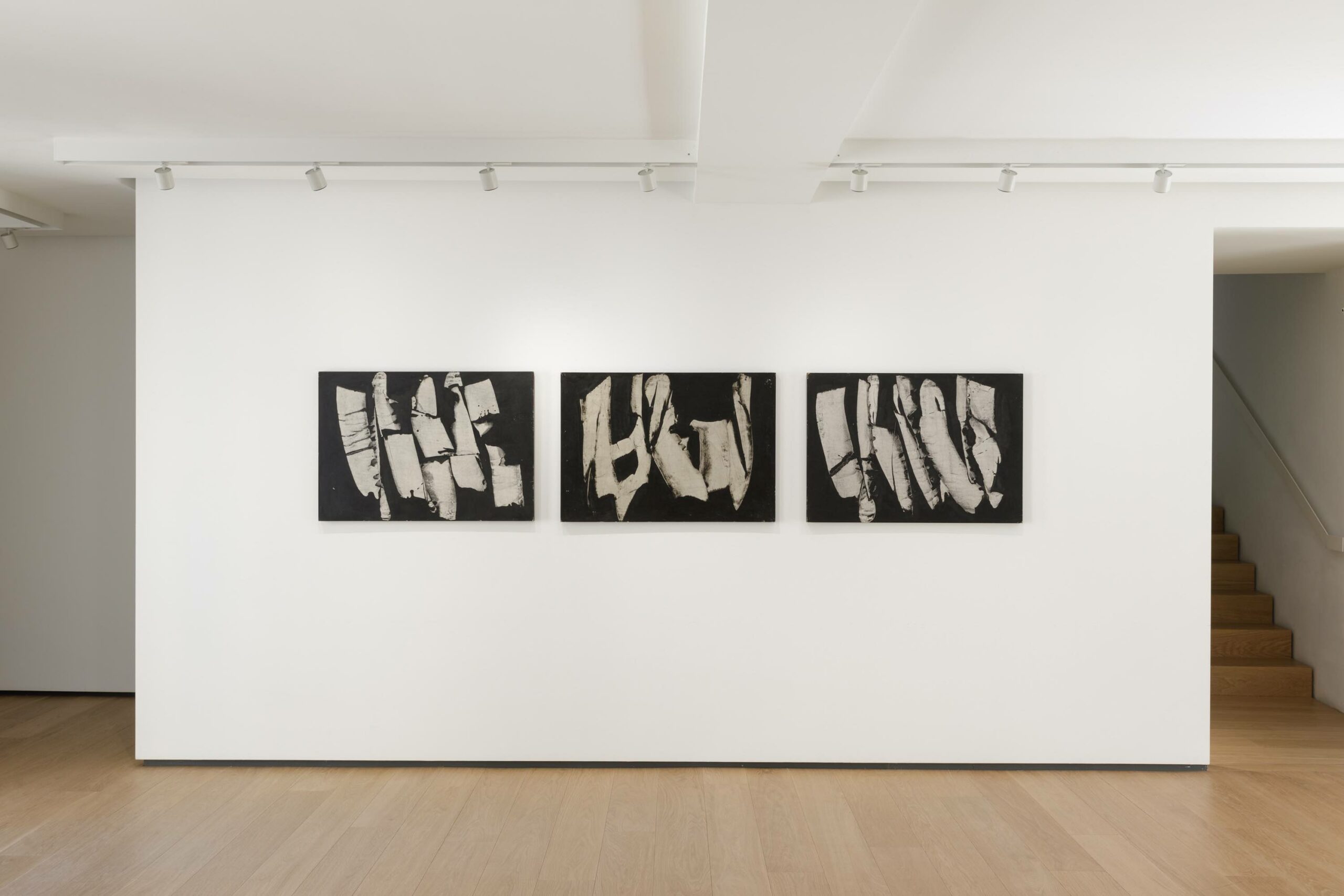 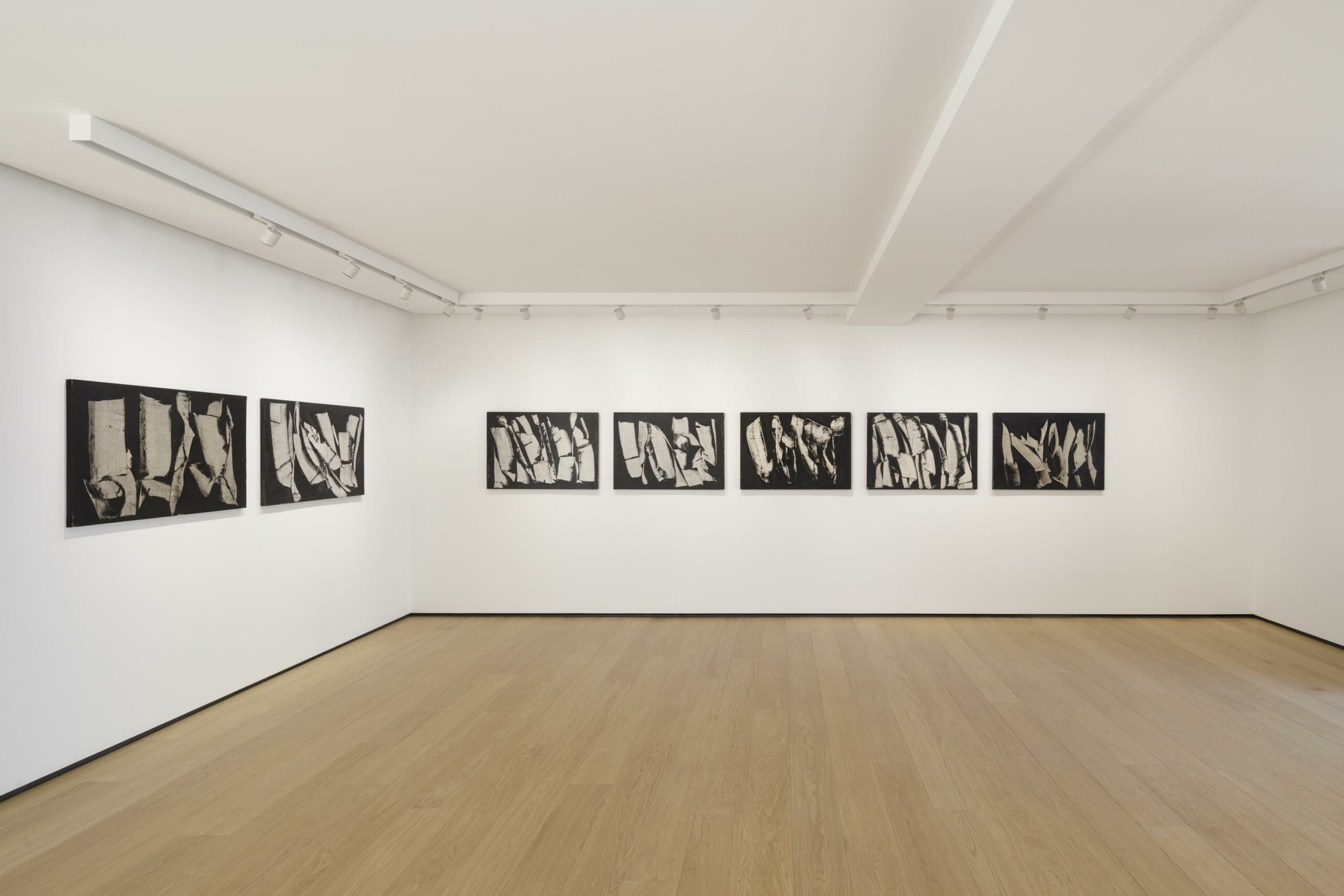 “Every painting I do is a detail of this single canvas, a fragment of the whole, and it brings with it a fragment of everything” – Roman Opałka.

Milan and Venice pay tribute to Roman Opałka with Dire il Tempo [Telling time], an exhibition in two chapters curated by Chiara Bertola, the opening of which is timed to coincide with the start of the 58th Venice Biennale.

The Franco-Polish artist, who died in 2011, will be the focus of two complementary exhibitions conceived and produced by BUILDING and Querini Stampalia Foundation, respectively in Milan and Venice. From May 4 to July 20, the first chapterof this project will open to the public in the Milan venue BUILDING, where it will occupy all four floors.

From May 7 to November 24, the second chapter unfolds in the Museum of the Querini Stampalia Foundation, where the works of Roman Opałka will forge a dialogue with those of Mariateresa Sartori, and pieces from the institution’s historical collections.

Dire il Tempo explores Roman Opałka’s oeuvre, presenting a selection of works that mark fundamental milestones in his artistic career. The pieces, many of which have never been exhibited in Italy, or indeed at all, come from major public and private collections which include the Muzeum Sztuki in Łódź and above all the Fonds de dotation Roman Opałka, a connection which became a close partnership in the course of the project.

Both exhibitions revolve around OPALKA 1965/1-∞, the project to which the artist dedicated much of his life. For the very first time, the first and last Détail are being presented together: the first from the Muzeum Sztuki in Łódź, Poland, is on its debut showing in Italy, while the last, unfinished canvas comes from a private collection and has never been exhibited before.

The heart of the Franco-Polish artist’s oeuvre, OPALKA 1965/1-∞ is the focal point of the exhibition experience spanning Milan and Venice, which covers his entire career from his earliest to very latest pieces, giving visitors key insights into lesser known aspects of his work which are nonetheless a fundamental part of his conceptual and artistic modus operandi.

Roman Opałka dedicated his life to attempting to represent an unmeasurable phenomenon – the passing of time – lending it visual form by using numbers as the basis of a continuous and potentially infinite sequence, which corresponded to the duration of his own existence. He began working on his program in 1965, the year he started to count from 1 to infinity, painting a constant progression of numbers on canvas with a fine-tipped brush until all the space was used up. Each time he completed a canvas he would start where he had left off on a new one from. Each painting (or Détail), presents exactly the same format, the size of the door of his first studio. He began by painting white numbers on a gray background, and after reaching one million in 1972 he gradually began to lighten the background color by adding 1% of whiteness to each new canvas, until the point came when the contrast was no longer clear enough to make the numbers legible. Opałka methodically followed his program day after day, until his death put an end to his undertaking, leaving the last painting unfinished.

In 1968, he decided to accompany each Détail with a photographic self-portrait in black and white which was taken at the end of each painting session. In these photographs the artist tried to maintain certain constant elements: his facial expression, the distance from the lens, the background and his shirt, in order to highlight the “sculptural” transformations of his face caused by the passing of time, which is the real subject of this series.

In the same period he also began recording his voice on tape, saying the numbers he was painting on each canvas out loud in Polish.

In the Milan chapter of the exhibition, BUILDING is presenting a selection of paintings from the Détail series, along with 7 Cartes de Voyages and 35 self-portraits, presented together with the recorded sound of his voice, to convey an overarching vision of the project OPALKA 1965/1-∞. The exhibition is also enriched by a nucleus of works dating to before 1965: from an early academic drawing, Les Nuages, of 1951, to the Études sur le Mouvement (1959-60), Chronome (1963) and Alphabet Grec (1965) in which he experimented with the fragmentation of space and time by using rhythms and movements of marks and dots on the canvas – up to the Fonemats series of 1964, on display for the very first time. There is also a section devoted to his graphic work, with his etchings Descriptions du Monde, produced between 1968 and 1970.

Particularly significant in terms of gaining a critical appreciation of this artist’s work, the Venetian chapter of the project brings together the two key works of the OPALKA 1965/1-∞ program, exhibiting them together for the very first time. The Querini Stampalia Foundation presents the Alpha and the Omega of this project, the first and the last Détail, reunited at last. Along with these two momentous paintings, the show also features a series of photographic self-portraits and the soundtrack of the artist’s voice.

Together with Roman Opałka’s representations of time, Querini Stampalia Foundation will present a group of works by Mariateresa Sartori (Venice, 1961), an artist from a different generation who was a close friend of Opałka’s. Displayed throughout the museum, Sartori’s drawings and photographic images reveal the fine, almost invisible web of threads created by our movements through space and time. The focal point is the imposing installation Il tempo del Suono. Onde [The Time of Sound. Waves]: a wall completely covered with sheets of paper on which the artist used charcoal to translate the sound of ocean waves into a visual form in real time. The installation is accompanied by Opałka’s voice counting his numbers in Polish.

For the past twenty years the Querini Stampalia Foundation has been working with artists on projects that explore the relationship between historical and contemporary art, forging a vibrant dialogue between the past, that needs to be safeguarded, and the future, ready to be envisioned, a connection that is a vital premise for cultural projects grounded in critical awareness.

Honoring its mission – and in this case, thanks to the collaboration with the Fonds de dotation Roman Opałka – BUILDING continues to pursue a synergistic vision of market and culture, giving new public and private bodies the opportunity to enrich their collections with the works on show in the Milan chapter of exhibition. 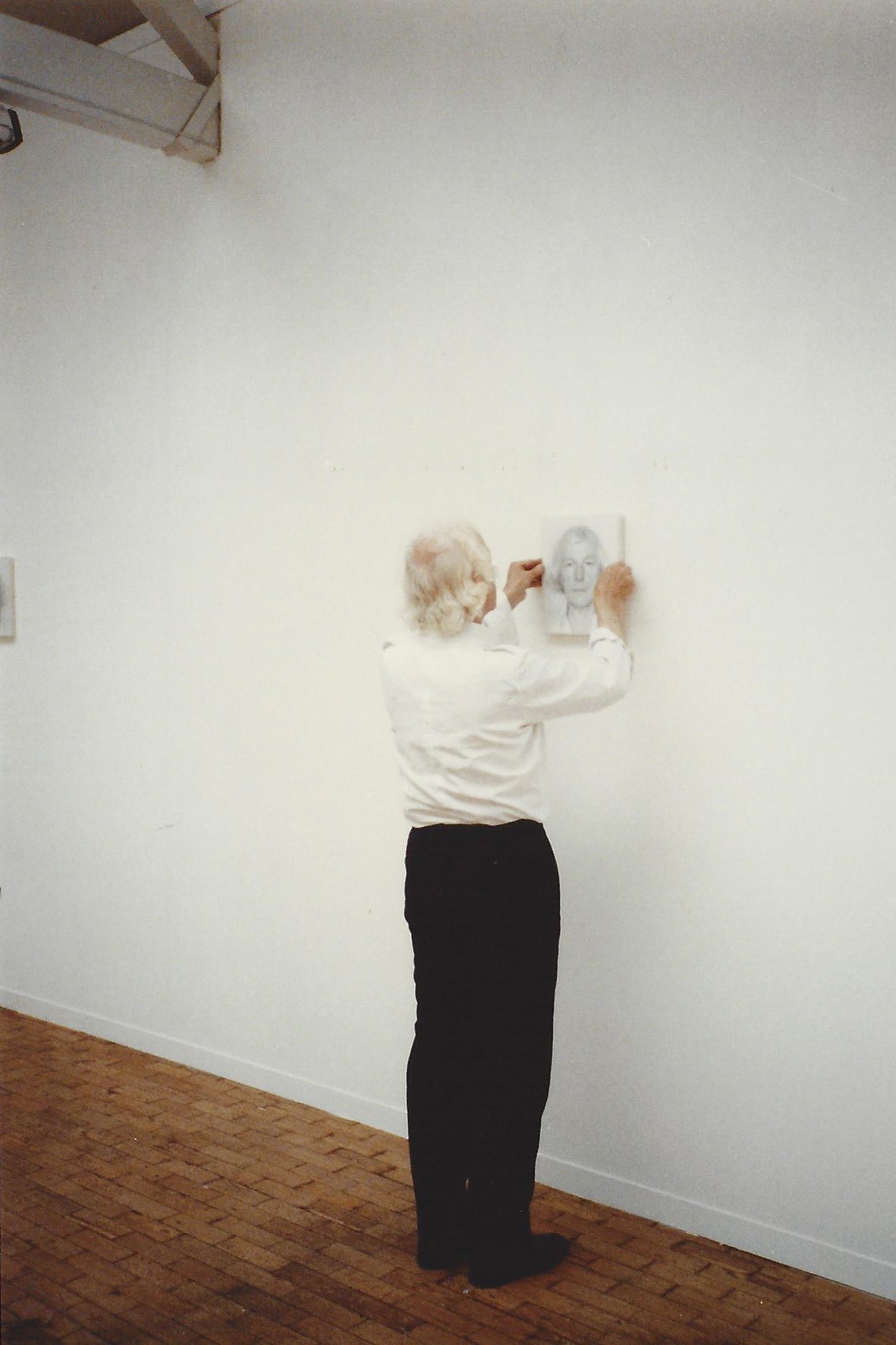 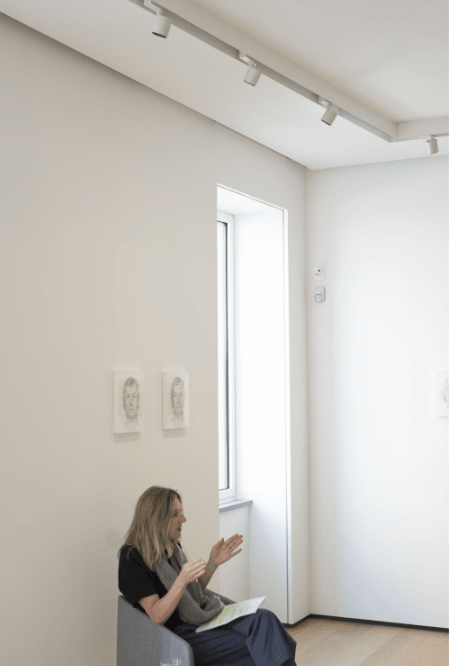