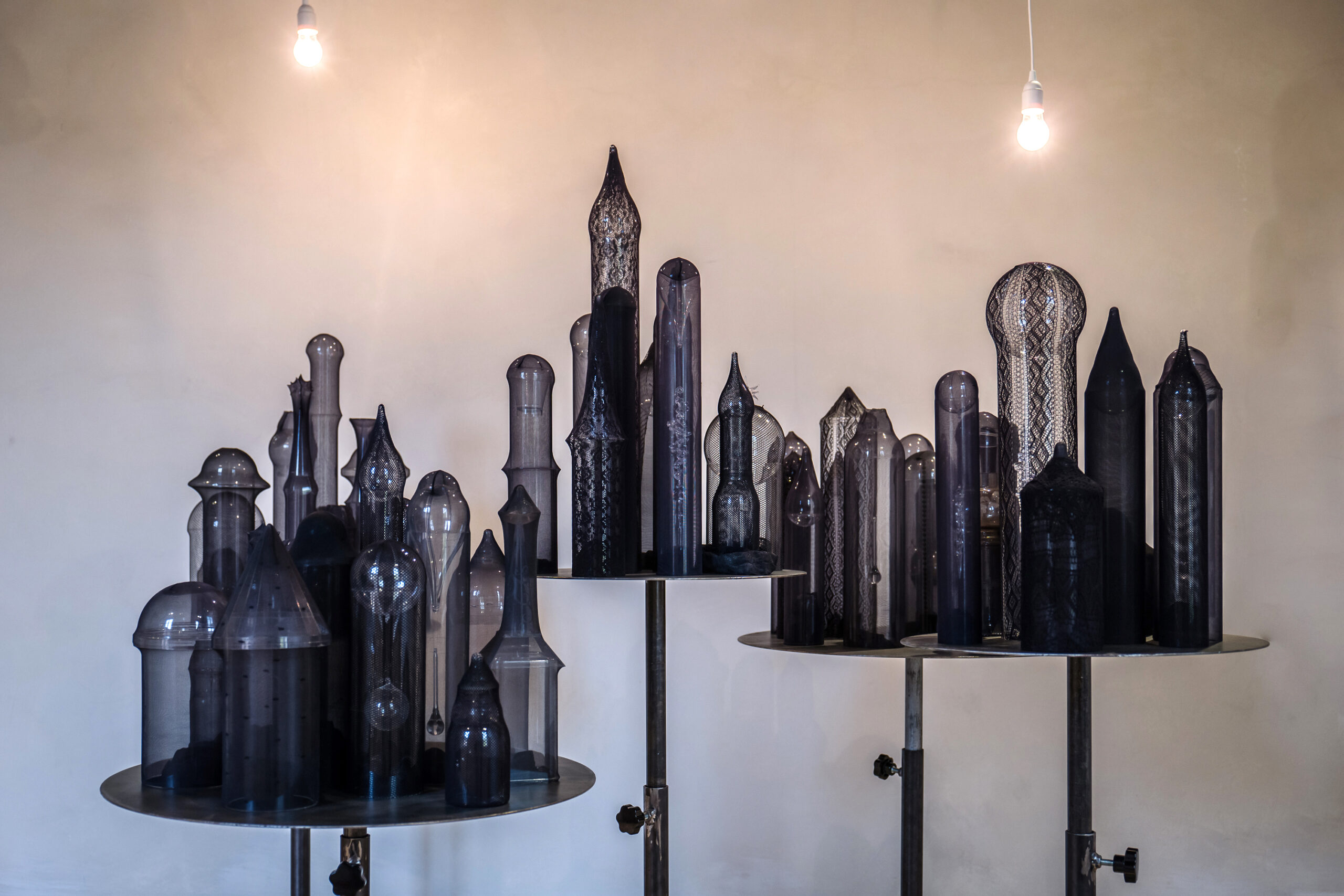 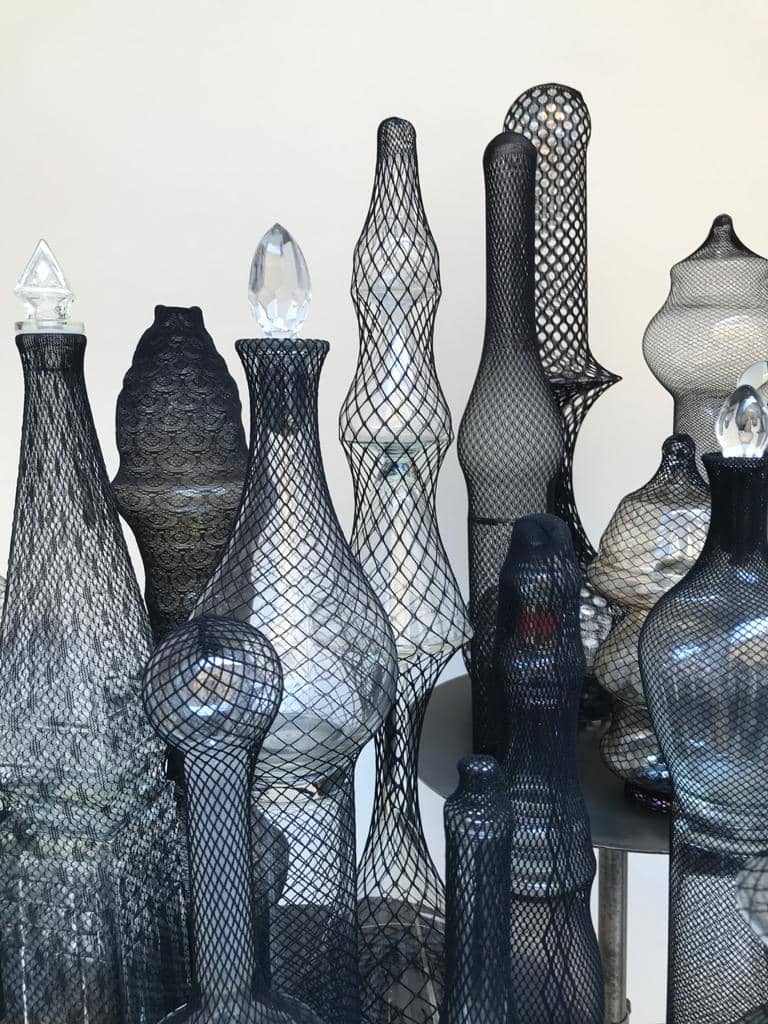 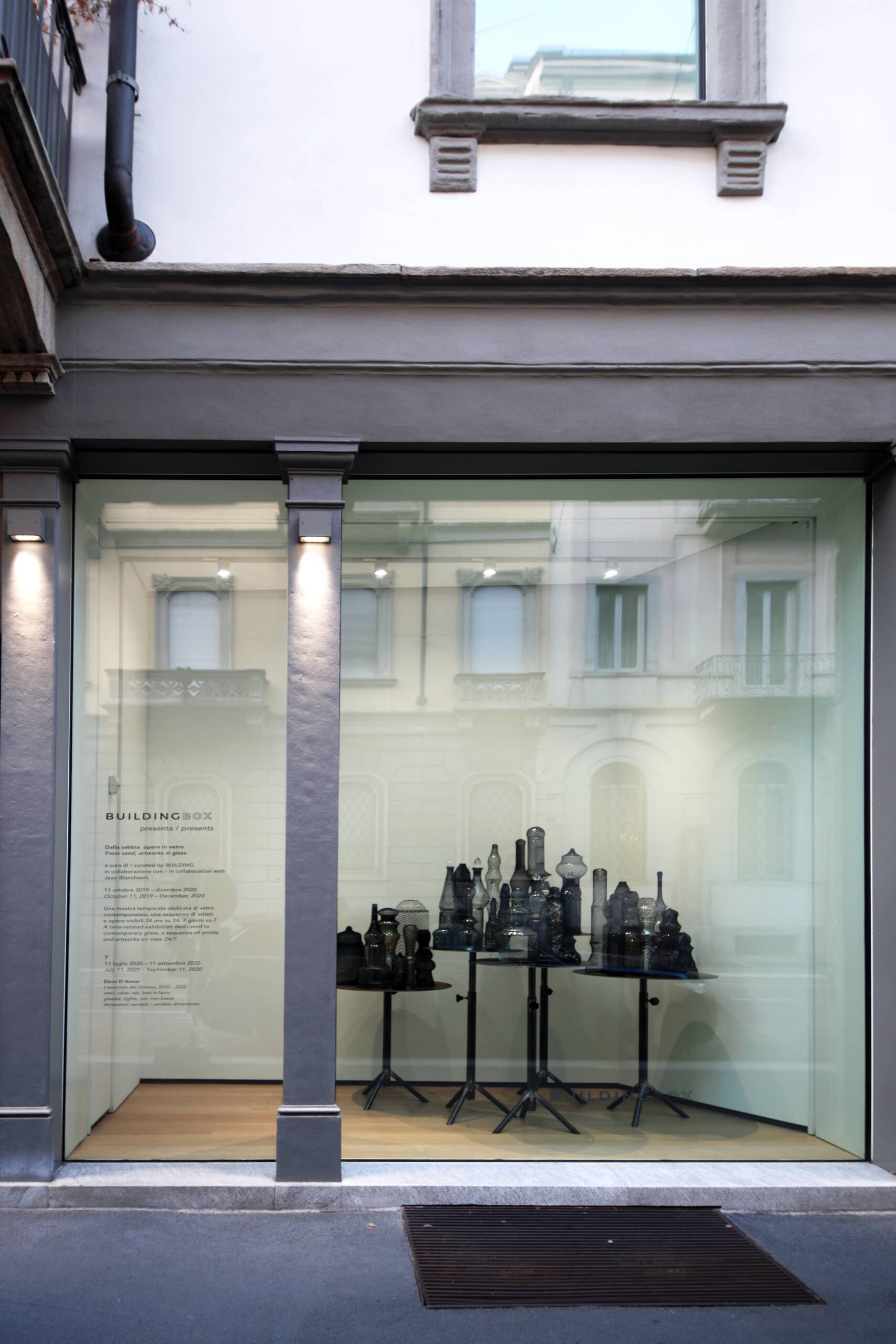 “In the practise of the work, of thought translated into image, my gaze continually turns to the memory of objects characterizing a daily life overlooking to the Mediterranean basins, in a white country, Lebanon, in an attempt to make the visions pray that have fascinated and contaminated my childhood. During my annual travels and in the continuous shuttle between Italy and my Jbeil family, the exchanges of furniture, cups, utensils, the scents of spices, have become – over time – custom and attempt to keep alive, beyond the earthly distance, belonging to a place, well marked both outside and inside of me. Thus, in the studio where I work, scattered here and there, objects stolen from my past, become – in the present – possible infinite, lines that enhance my imagination, grids transformed into icons- pictorial or not – from the moment in which they take shape conquering their space.
In reality, each model I have is based on a sample of veiled memories, rendered in my time according to the notes of a vague symphony which hovers towards a whole that is given to me to grasp only part by part. So… In the firmament of forms that disperse away into the atmosphere, the Phoenician dream occurs; in the memory of a walk along the lanes of the souk and its showy architectures of curves, vertices, arabesques, ornaments, carvings and inlays; in the unequivocal but fascinating promiscuity of a sea that constantly rejects its waves on the coast of a country where the horizon mixes with the visions of a “father” who is in heaven“- Elena El Asmar, 2009.

BUILDINGBOX is dedicating the 2019-2020 season to contemporary glass art with the project From Sand, Artworks in Glass, an exhibition spread over 12 monthly appointments, curated by BUILDING in collaboration with Jean Blanchaert. The seventh artist is Elena El Asmar who present a site specific installation.
The title, From Sand, Artworks in Glass, evokes the fascinating alchemy involved in creating this material from sand, using air and fire, presenting the work of contemporary artists who have chosen to explore the potential offered by this medium. It is the experimental approach that makes these works so exemplary and precious: they are conceived by artists who use various different techniques, some of which are not usually associated with the specific characteristics of glass. This project resonates with BUILDING’s mission of exploring the lesser known aspects and experimental side of the art world, along with more celebrated figures and practices.
Here the focus is on the creative relationship forged between the artist’s vision and the craft of master glassmakers. Easily shaped by skilled hands, glass assumes “fragile” forms that both connect with the artistic traditions of the past and at the same time open up to a formal perspective grounded in contemporary aesthetics.

The theme of the project lies in the works themselves, rooted in an age-old history and ancient craft, bearers of a precise chemical combination of different elements developed 4000 years ago by the Phoenicians, and which still holds infinite potential.
For 12 months a sequence of works by various artists will be hosted in the independent showcase, visible 24 hours a day, 7 days a week, marking the passing of time and eliciting broader reflections on how time tends to dominate space. 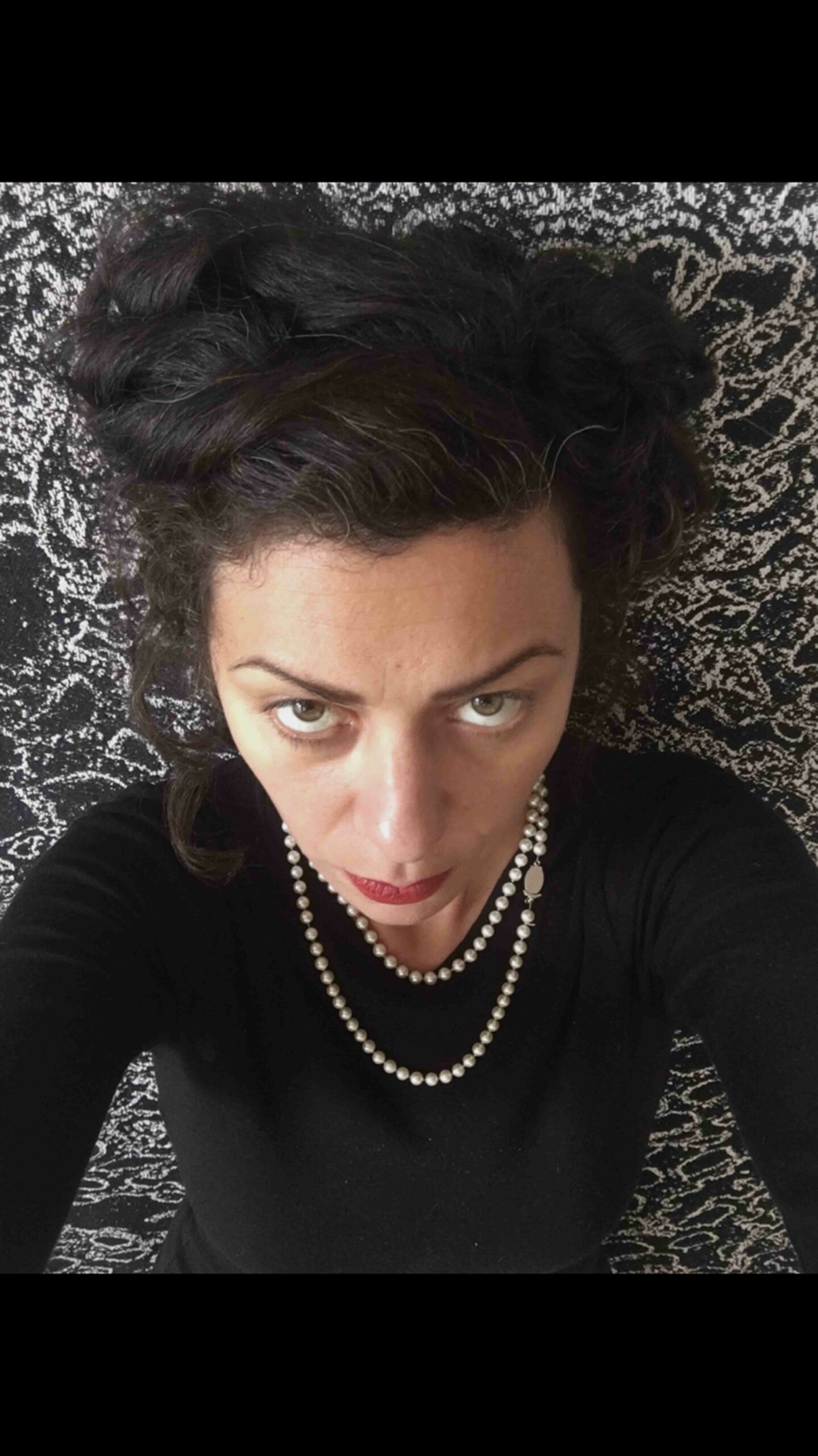