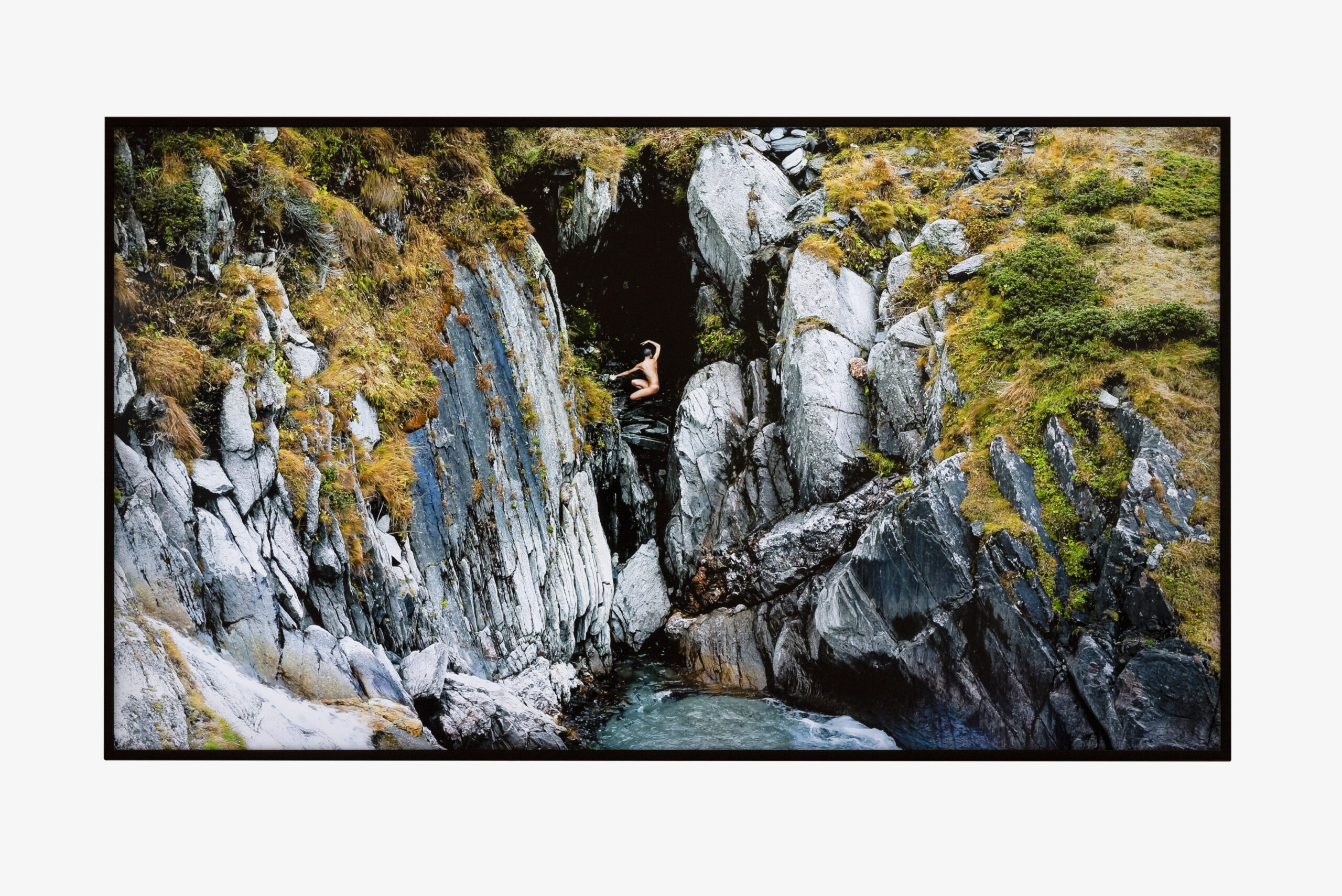 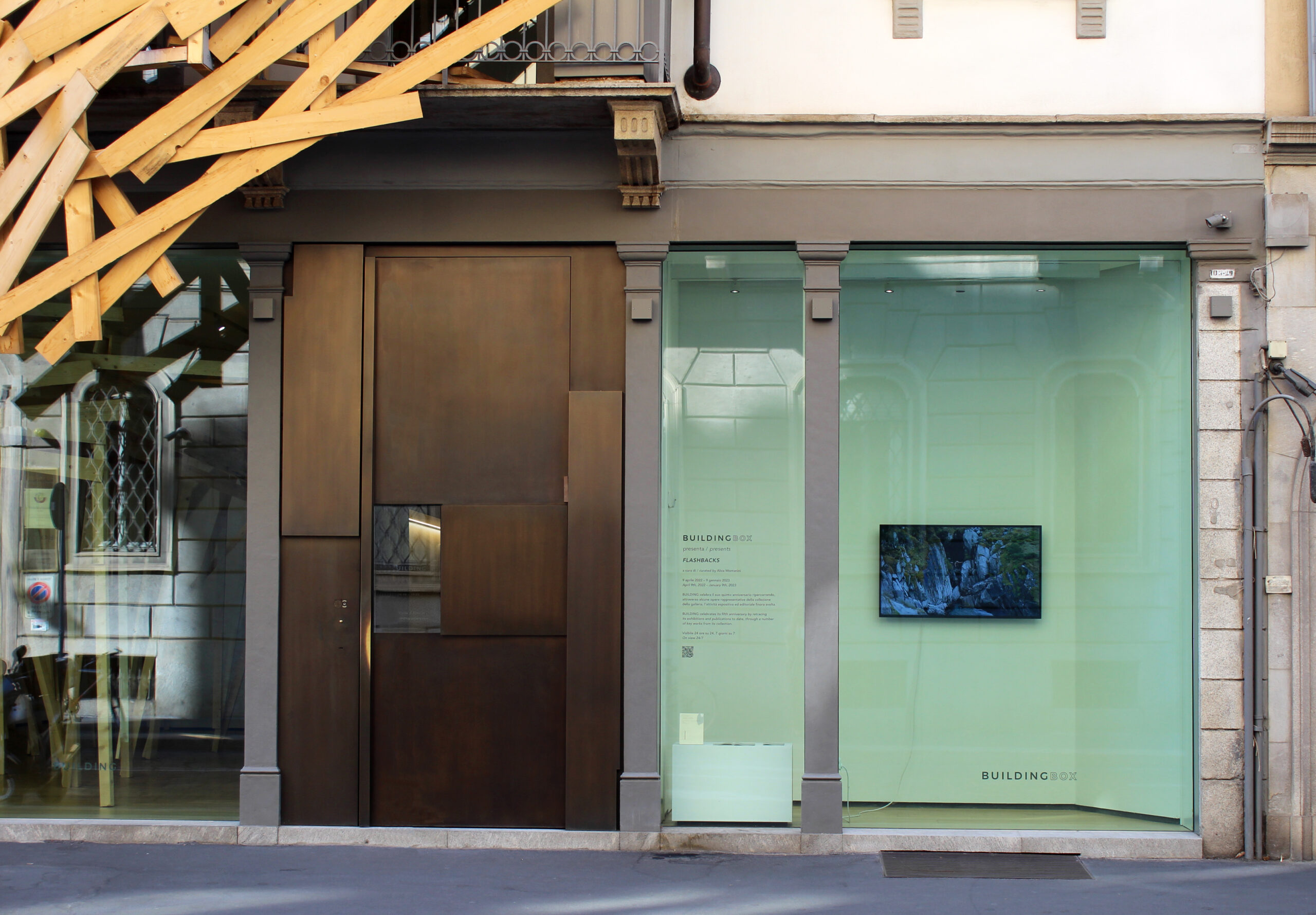 BUILDINGBOX presents, from 8th April 2022 to 9th January 2023, Flashbacks, an exhibition curated by Alice Montanini that retraces the most important stages of BUILDING’s artistic research and promotion, on the occasion of the fifth anniversary of its birth.
Flashbacks pays tribute to all the artists, curators and essayists who have contributed to shaping BUILDING’s core, presenting for the first time in an organic way a selection of works from the gallery’s permanent collection, accompanied by the catalogues and archive materials that document its curatorial practice over the last five years.
Central to Flashbacks‘ investigation is the moment of the exhibition, here conceived as a medium, mirroring the relationships and dynamics generated between the work, the artist and the gallery space, which flow into the more complex sphere of that system of critical and aesthetic categories that are at the basis of BUILDING’s curatorial approach and programming.
An important focus of Flashbacks is also the catalogues published by BUILDING to accompany each exhibition. BUILDING’s strong focus on study and research, not only as a hub for the promotion of contemporary art but also as a publishing house, is evinced by the careful selection of essayists and texts included in the various publications.

From 15 to 29 July, 2022, BUILDINGBOX is hosting the work Foreign Bodies n.1 / Icon-sonic episode n. 21 by artist and composer Yuval Avital (Jerusalem, 1977). A highly multifaceted artist, with a modus operandi spans painting, sculpture, performance, video and photography, often in a dialogue with sound, Yuval Avital is known for his large installations, and for creating complex multimedia works that challenge the traditional categories that separate the arts.
In this iconic-sonic work, the nude body of performer Anita Lorusso moves sinuously and slowly surrounded by a lush and flourishing natural landscape. The artist invites us to reflect on the condition of the human being, presented as a foreign body in relation to the environment, an external element that creeps into the purity of nature and artificially violates it, constantly reshaping and changing it to its advantage. This gap between man and nature is also reflected on an individual level in the dissonance between the rational and social part of our being versus the more instinctive and emotional part, generating a dual tension, which characterizes the tragic condition of the modern identity.
The work is part of the Foreign Bodies No. 1 series, a project created in collaboration with seven professional dancers and choreographers from such outstanding dance contexts as the Teatro alla Scala. First presented in 2017 on the occasion of the monographic exhibition “Three Grades of Foreignness” at La Fabbrica del Cioccolato Art Foundation in Switzerland, and later in Dresden in 2019 during the Ostrale Biennale for Contemporary Art, the work was shown in 2021 on the occasion of the solo exhibition “E T E R E”, an exhibition project curated by Annette Hofmann, specially conceived by the artist for BUILDING.