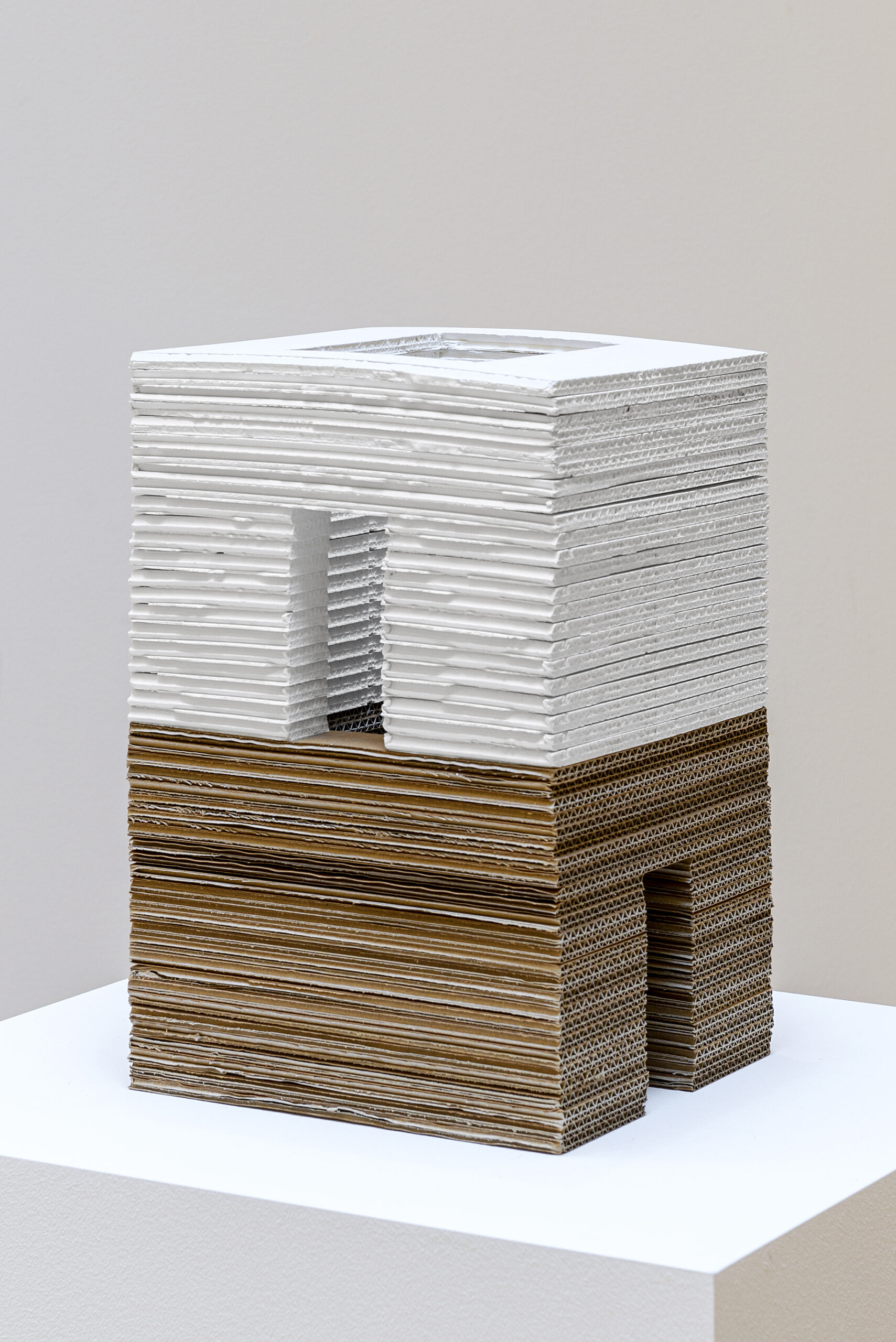 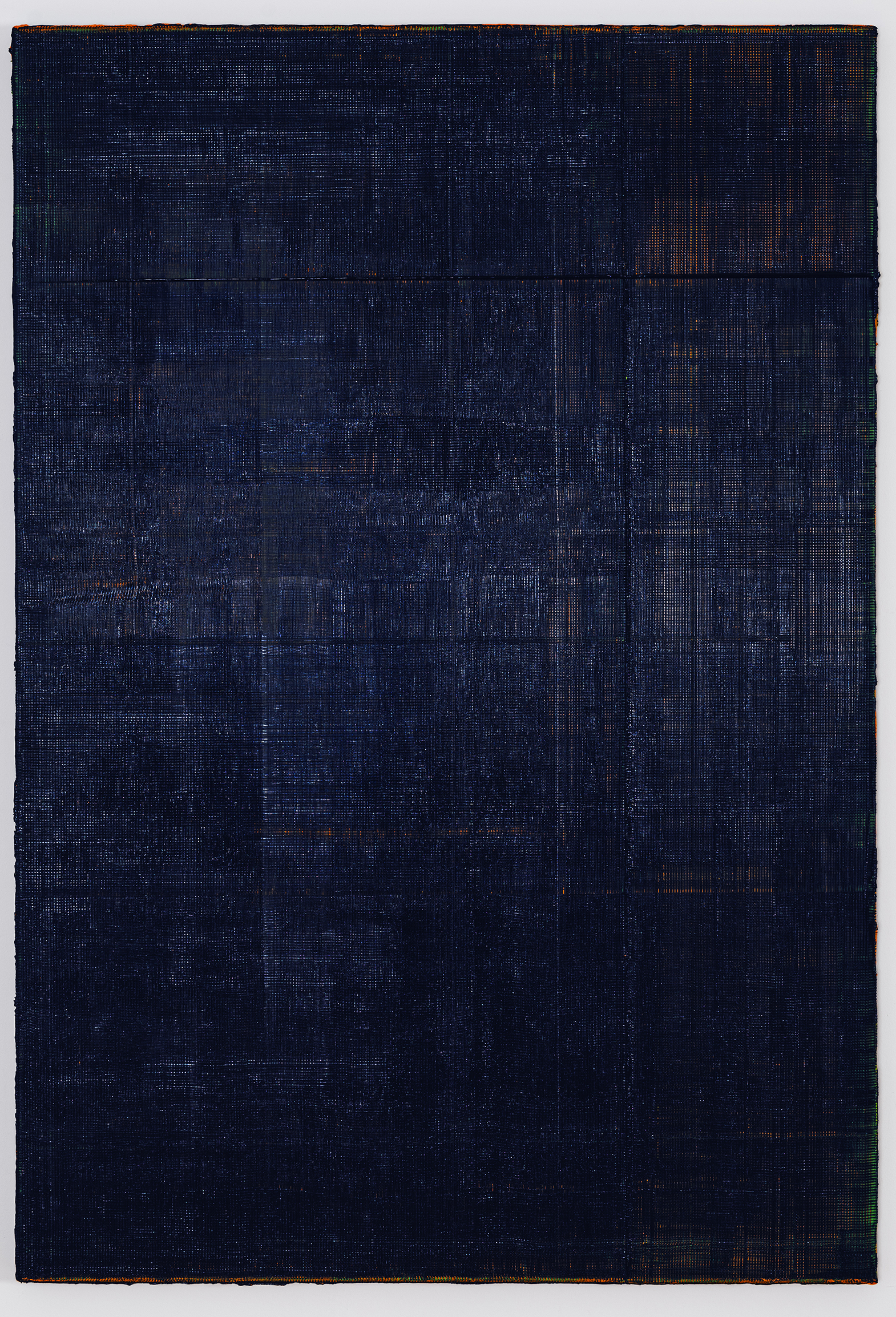 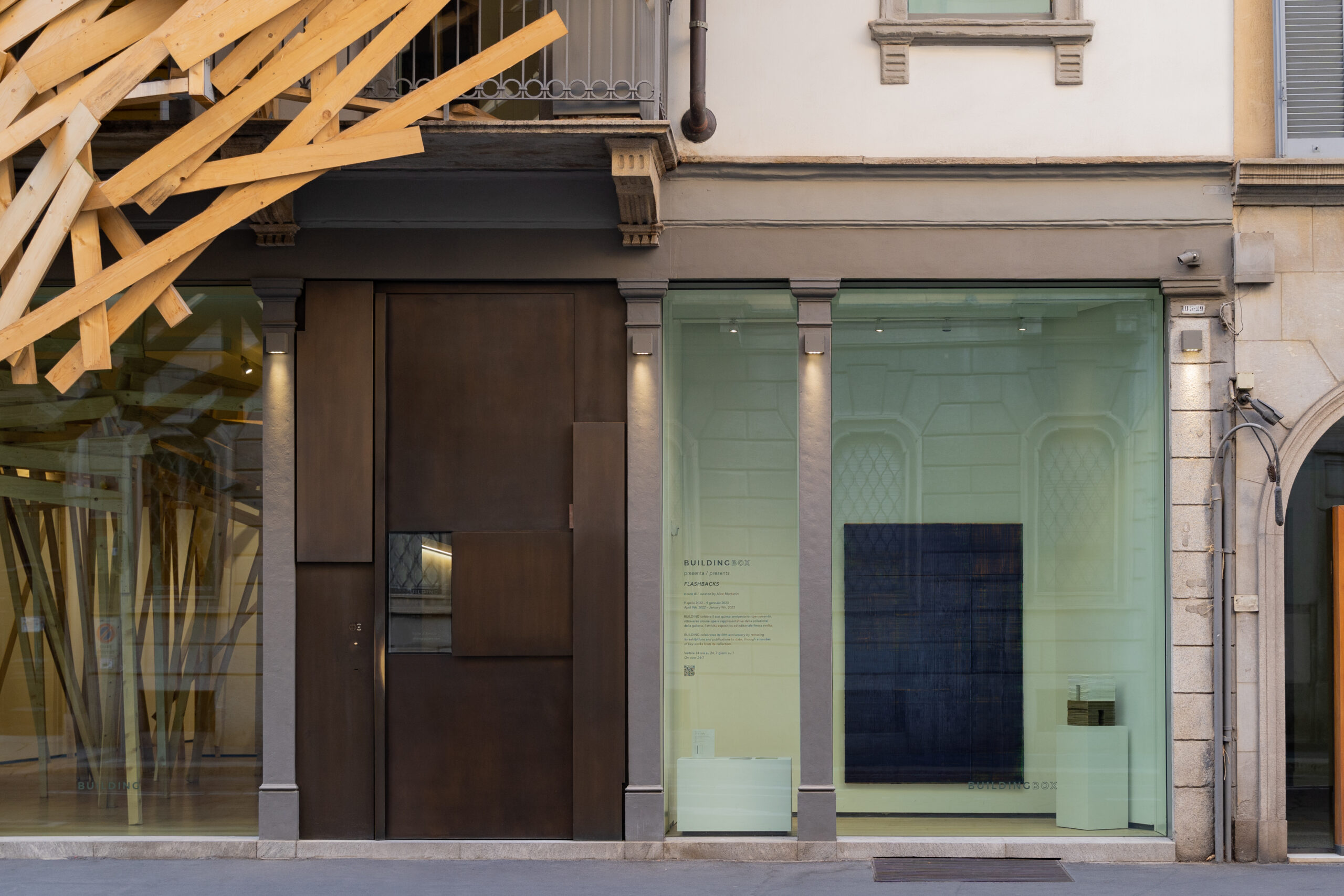 BUILDINGBOX presents, from 8 April 2022 to 9 January 2023, Flashbacks, an exhibition curated by Alice Montanini that retraces the most important stages of BUILDING’s artistic research and promotion, on the occasion of the fifth anniversary of its birth.
Flashbacks pays tribute to all the artists, curators and essayists who have contributed to shaping BUILDING’s core, presenting for the first time in an organic way a selection of works from the gallery’s permanent collection, accompanied by the catalogues and archive materials that document its curatorial practice over the last five years.
Central to Flashbacks‘ investigation is the moment of the exhibition, here conceived as a medium, mirroring the relationships and dynamics generated between the work, the artist and the gallery space, which flow into the more complex sphere of that system of critical and aesthetic categories that are at the basis of BUILDING’s curatorial approach and programming.
An important focus of Flashbacks is also the catalogues published by BUILDING to accompany each exhibition. BUILDING’s strong focus on study and research, not only as a hub for the promotion of contemporary art but also as a publishing house, is evinced by the careful selection of essayists and texts included in the various publications.

From July 1 to July 15, 2022, BUILDINGBOX is hosting the work of Sicilian-born artist Paolo Parisi (Catania, 1965). The works on display were exhibited at BUILDING in 2020, on the occasion of the solo exhibition The Weather Was Mild on the Day of my Departure, curated by Lorenzo Bruni.
The sculpture USAISO, which in Italian stands for “One on top of another in a clockwise direction,” presents two overlaid elements, one in layers of cardboard and the other in plaster which is a cast of the cardboard. Each structure has two simple openings on the side, one representing a door, the other a window: enough to evoke an immediate association with houses. In this series of sculptural works, which the artist produced from 1996 to 2013, there is a reference to the modular, serial designs of minimalist architecture.
The idea of layering also emerges in the large painting on canvas The Whole World in a Detail (Fabric), which belongs to the series of the same name created in 2020, first exhibited at the show hosted by BUILDING. In this work, the color is spread onto the canvas with a spatula, in a process of addition and subtraction that confines the paint inside a grid reminiscent of the yarns in woven fabric. 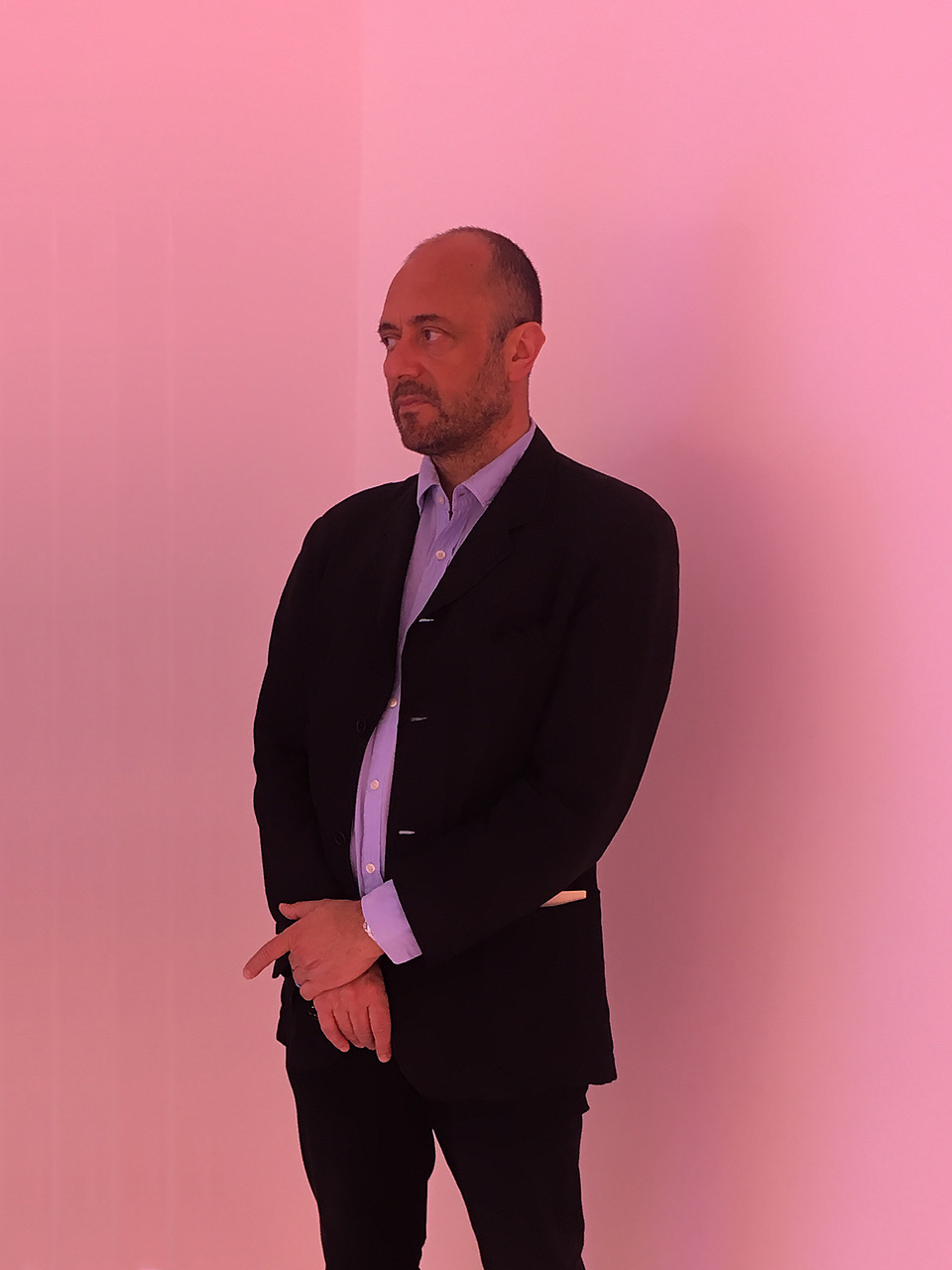