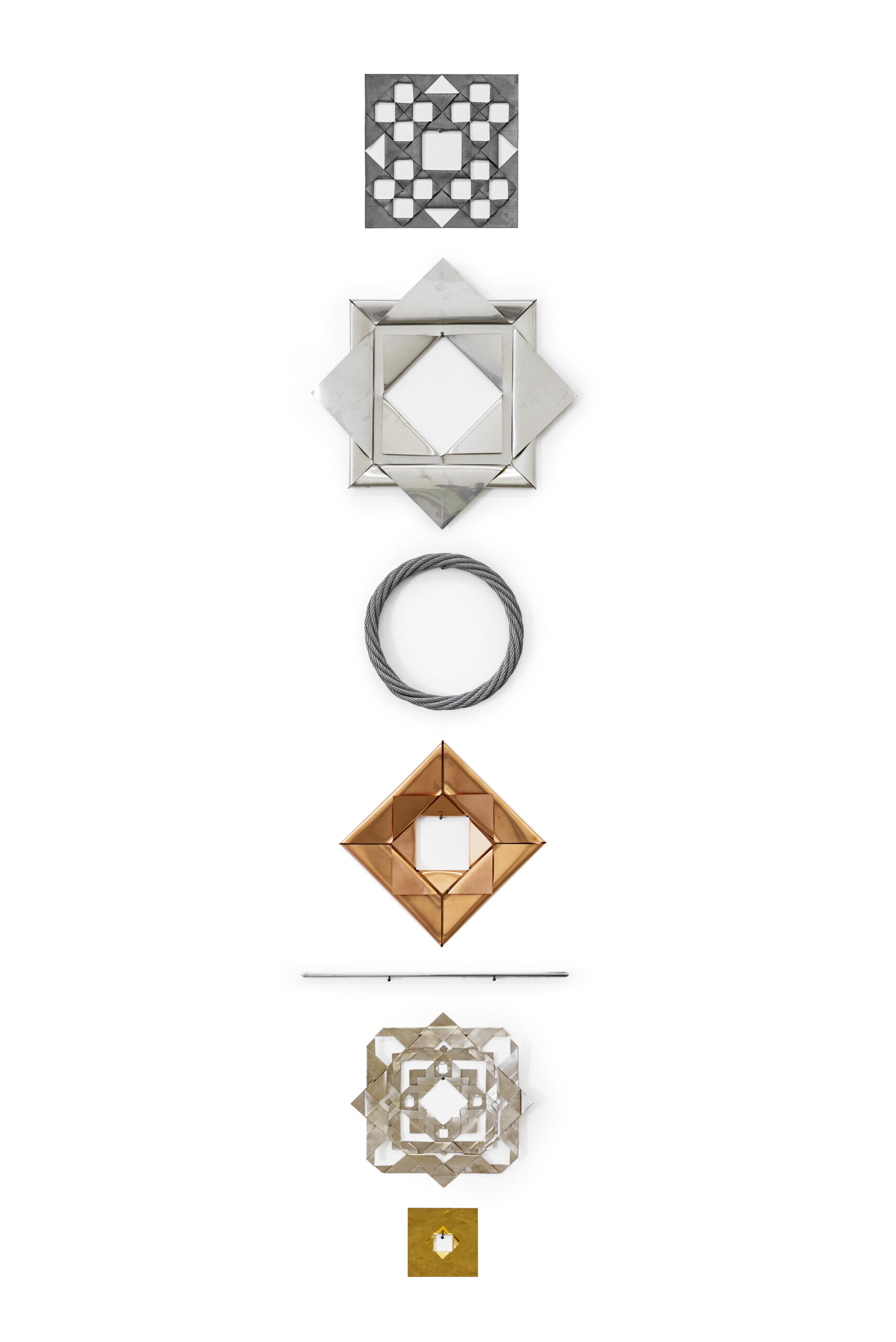 BUILDINGBOX presents, from 9 April 2022 to 9 January 2023, Flashbacks, an exhibition curated by Alice Montanini that retraces the most important stages of BUILDING’s artistic research and promotion, on the occasion of the fifth anniversary of its birth.
Flashbacks pays tribute to all the artists, curators and essayists who have contributed to shaping BUILDING’s core, presenting for the first time in an organic way a selection of works from the gallery’s permanent collection, accompanied by the catalogues and archive materials that document its curatorial practice over the last five years.
From October 25th to November 18th, 2022, BUILDINGBOX presents the work Alfabeto (2016) by Remo Salvadori (Cerreto Guidi, 1947), one of the greatest Italian artists of our time. This follows on from the solo show entitled Continuo infinito presente that BUILDING opened on October 27th, 2017.
The Alfabeto (Alphabet) evokes the essentiality of this work, which presents the elements and forms the artist works with and uses to express himself, a sort of abc of his practice. Drawing on alchemical symbols, the work develops vertically, in a harmonic composition of seven significant elements, each made with one of the seven archetypal metals: lead, tin, iron, copper, mercury, silver and gold.
Salvadori shapes and forges each metal, expertly altering the material and its manifestation with a geometric/mathematical rigor that resonates with the nature and essence of each substance; substances that he has forged a continuous, infinite, ever-present dialogue with since the early 1970s.
A lexicon of elaborate forms designed to create new connections between time and space, empty and full, form and matter, lightness and weight, finite and infinite, that the artist generates in the moment, cutting and folding the sheets of metal. Each metal responds to the questioning hand of the artist, whose approach is based on listening to the material, being receptive to the energy, temperature and musicality of each one. The works strike a harmonious balance of rigor and intuition, interacting forces that generate endless variations, radiating the metaphysical significance of their conception into the present space and time.
Central to Flashbacks‘ investigation is the moment of the exhibition, here conceived as a medium, mirroring the relationships and dynamics generated between the work, the artist and the gallery space, which flow into the more complex sphere of that system of critical and aesthetic categories that are at the basis of BUILDING’s curatorial approach and programming.
An important focus of Flashbacks is also the catalogues published by BUILDING to accompany each exhibition. BUILDING’s strong focus on study and research, not only as a hub for the promotion of contemporary art but also as a publishing house, is evinced by the careful selection of essayists and texts included in the various publications.
The exhibition will provide an opportunity to think back to the highlights of BUILDING’s curatorial activity, while also looking ahead to the future of its programming. To look back at the recent past with gratitude to all those who have accompanied BUILDING to date, but also with a critical eye, in order to outline new coordinates with which to question the present and better orientate ourselves towards the future.
An open-door reinterpretation of its collection, through some representative works by the main artists promoted by the gallery, and of the curatorial and publishing activity carried out so far, presented in the spaces of BUILDINGBOX at irregular intervals and visible 24/7 from the window of via Monte di Pietà 23 in Milan. 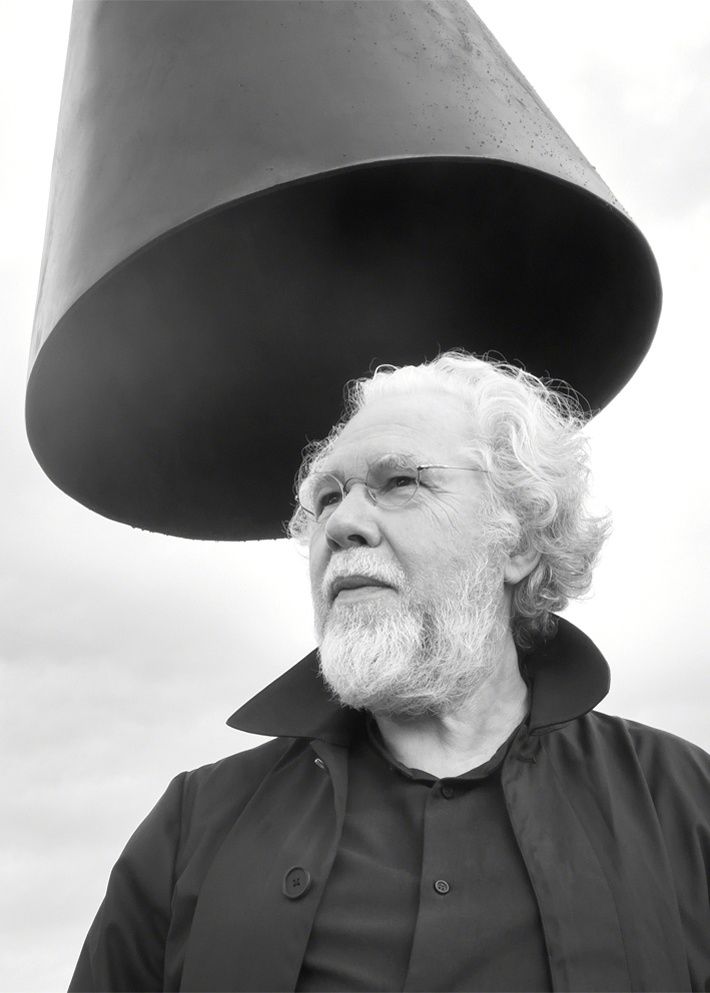 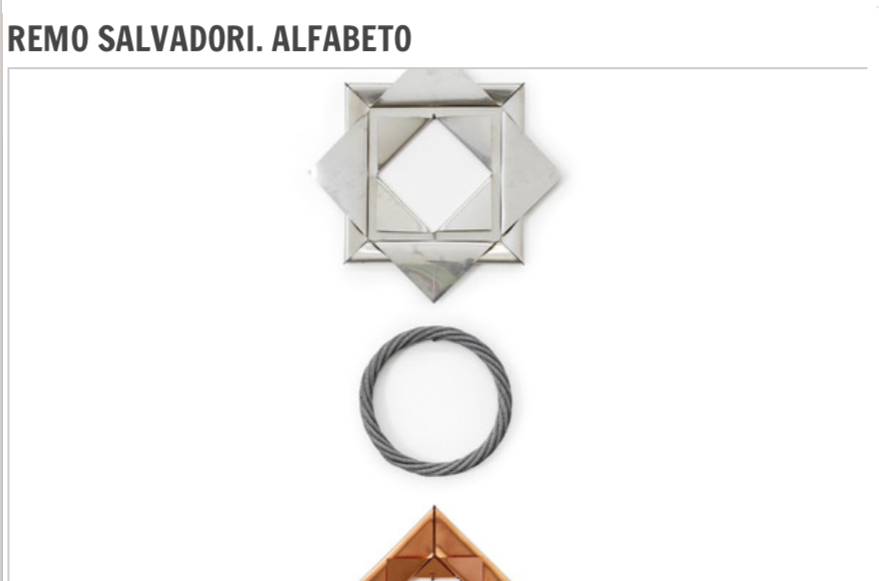