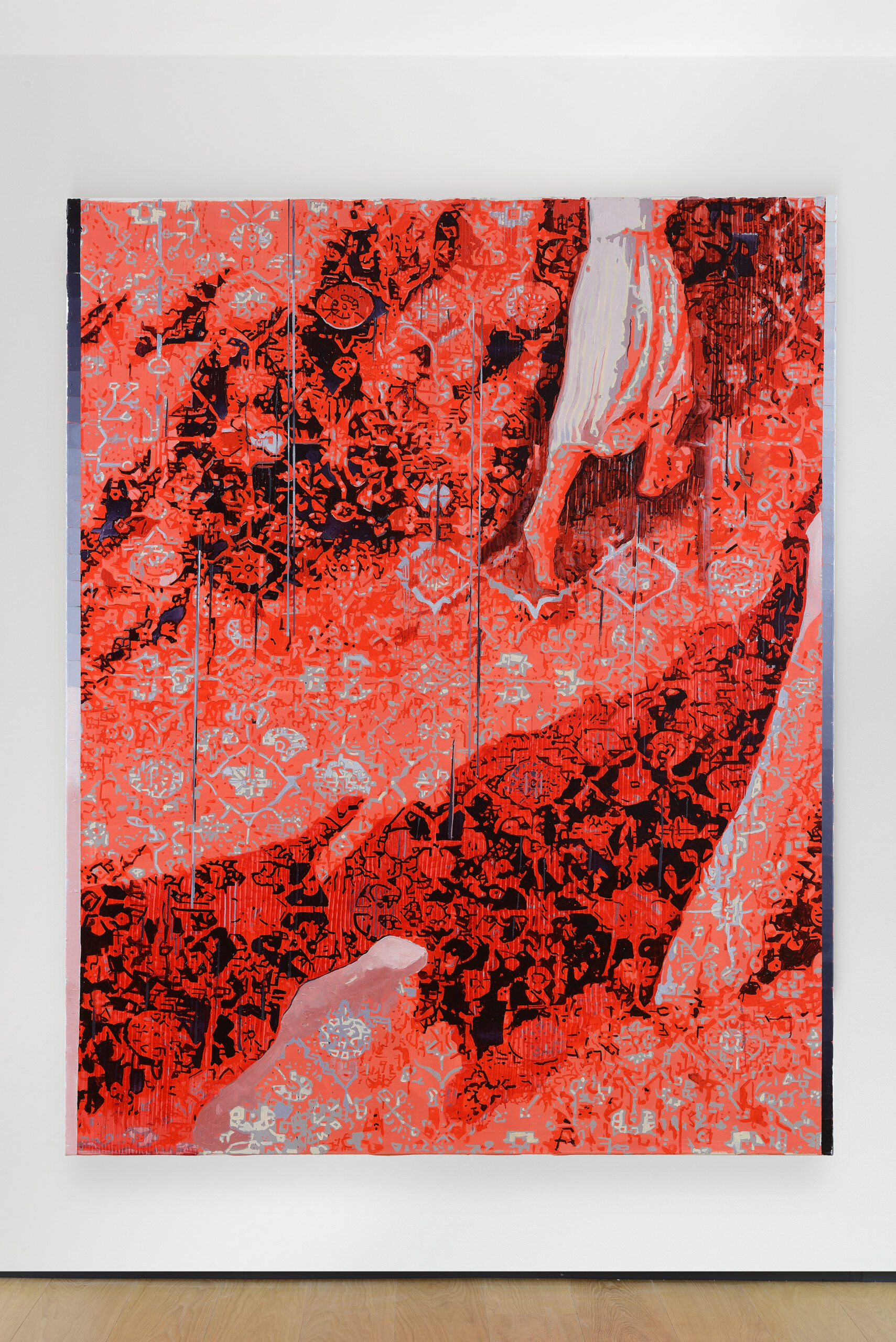 BUILDINGBOX presents, from 9 April 2022 to 9 January 2023, Flashbacks, an exhibition curated by Alice Montanini that retraces the most important stages of BUILDING’s artistic research and promotion, on the occasion of the fifth anniversary of its birth.
Flashbacks pays tribute to all the artists, curators and essayists who have contributed to shaping BUILDING’s core, presenting for the first time in an organic way a selection of works from the gallery’s permanent collection, accompanied by the catalogues and archive materials that document its curatorial practice over the last five years.
From October 14th to 25th, 2022, BUILDINGBOX hosts the large painting on canvas Slope VI by the artist Oren Eliav (Israel, 1975). The work was exhibited for the first time at BUILDING in 2020, on the occasion of the exhibition Oren Eliav. Mount Zero, a solo show of paintings that the artist designed especially for BUILDING.
Presenting an appealing bright red shade and a pattern that recalls antique carpets, the work projects us into the timeless dimension of a dreamlike space pervaded by a sense of intense spirituality. The decorative element dominates the surface of the painting and at the same time serves as the background to the painting’s narrative, superimposing the plane of reality onto that of vision. The artist shows us a figure from behind, in the act of climbing what we imagine to be a mountain path. The close-up perspective of the image, with its limited visual field and the figure shown off-center in the upper right-hand corner, elevates the action of walking, evoking a path of mystical ascension. Eliav’s works stand out for their cultured symbolism, which presents clear references not only to the history of art but also to the religious and scientific dimension, investigating the complex relationship between seeing and understanding.
This piece was published on the cover of the culture section of the Corriere della Sera, “La Lettura”, issue #462 of October 4th, 2020.
Central to Flashbacks‘ investigation is the moment of the exhibition, here conceived as a medium, mirroring the relationships and dynamics generated between the work, the artist and the gallery space, which flow into the more complex sphere of that system of critical and aesthetic categories that are at the basis of BUILDING’s curatorial approach and programming.
An important focus of Flashbacks is also the catalogues published by BUILDING to accompany each exhibition. BUILDING’s strong focus on study and research, not only as a hub for the promotion of contemporary art but also as a publishing house, is evinced by the careful selection of essayists and texts included in the various publications.
The exhibition will provide an opportunity to think back to the highlights of BUILDING’s curatorial activity, while also looking ahead to the future of its programming. To look back at the recent past with gratitude to all those who have accompanied BUILDING to date, but also with a critical eye, in order to outline new coordinates with which to question the present and better orientate ourselves towards the future.
An open-door reinterpretation of its collection, through some representative works by the main artists promoted by the gallery, and of the curatorial and publishing activity carried out so far, presented in the spaces of BUILDINGBOX at irregular intervals and visible 24/7 from the window of via Monte di Pietà 23 in Milan. 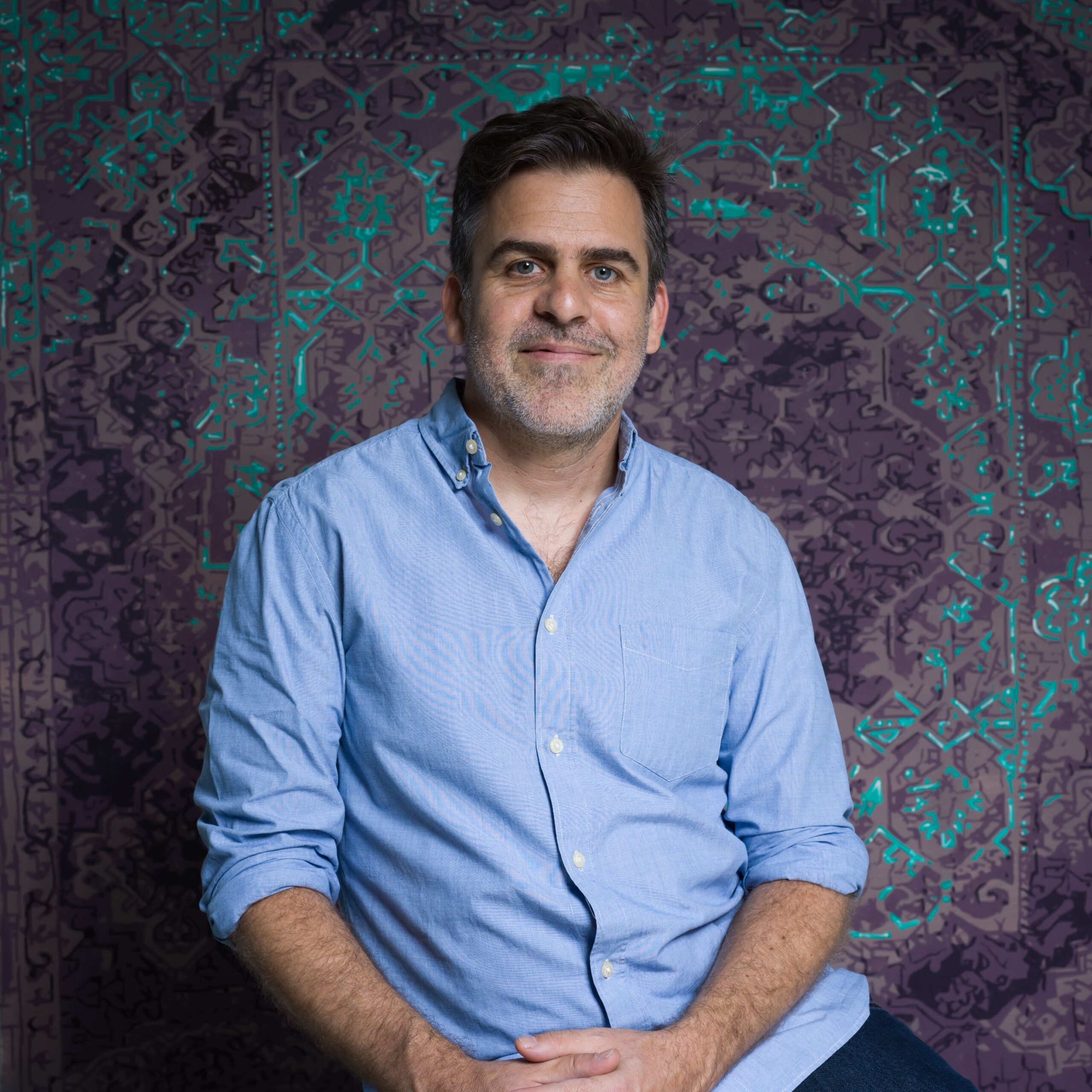