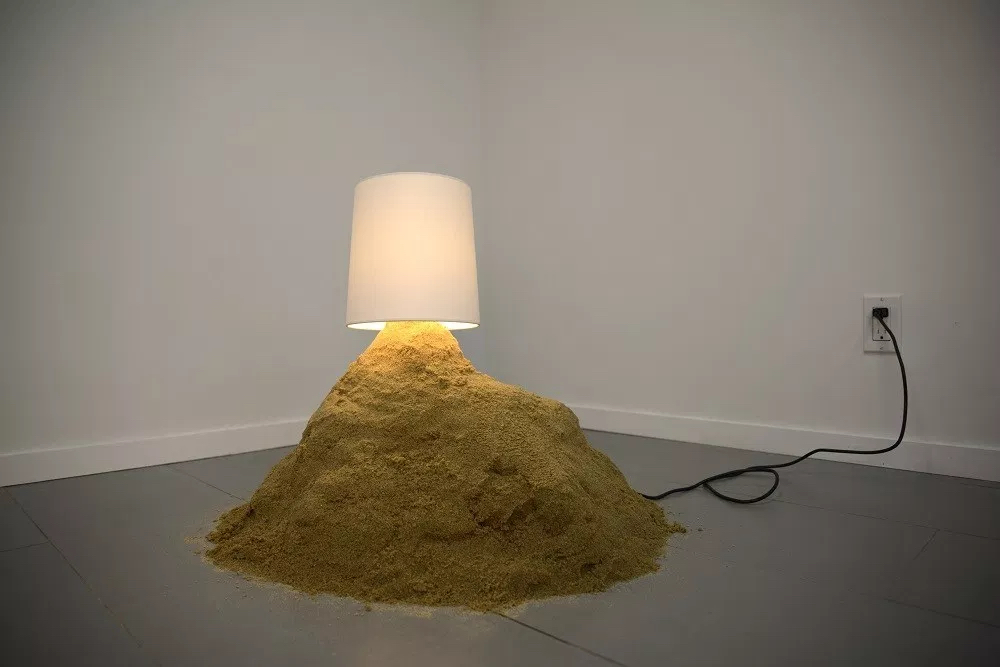 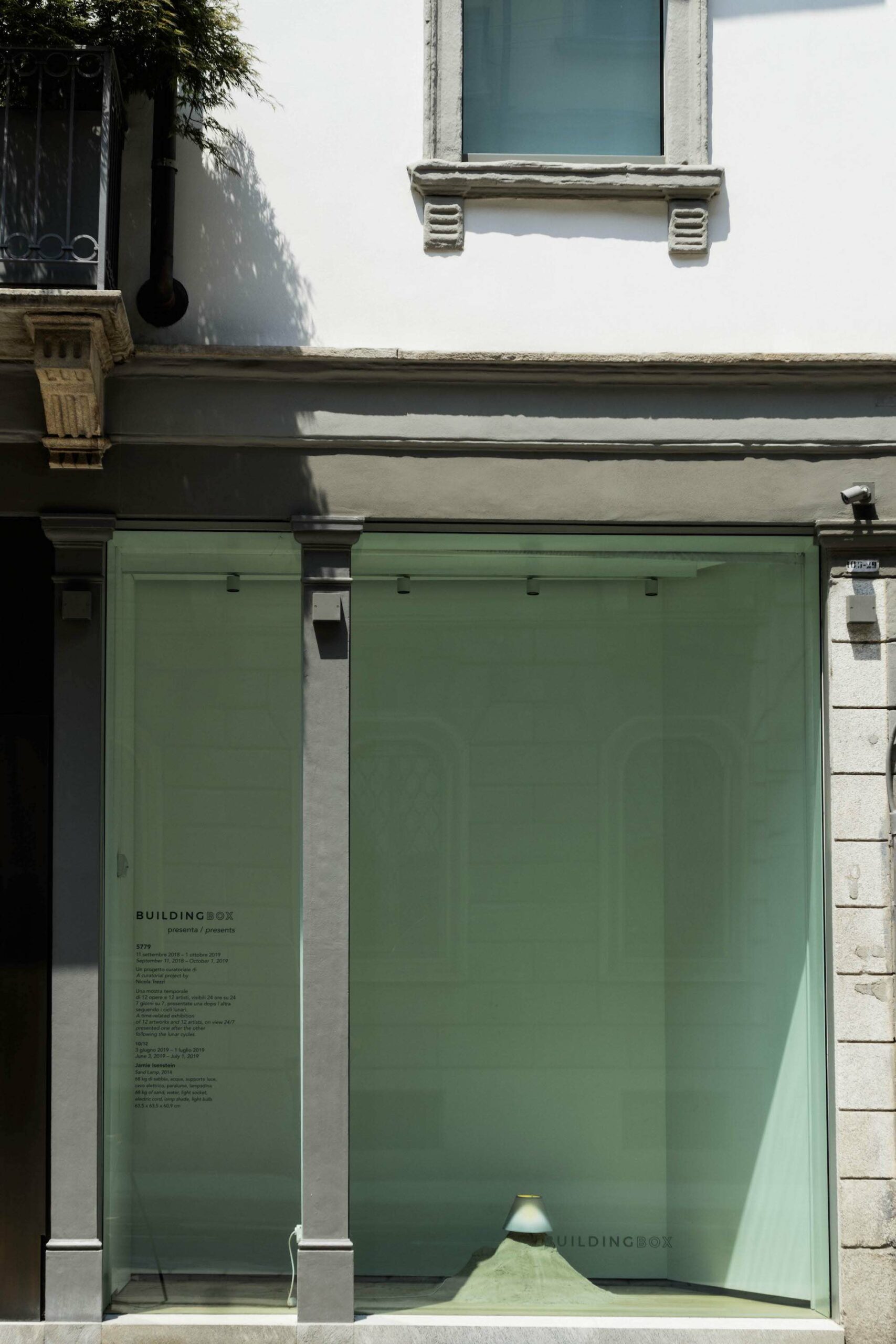 “Sand Lamp (68 kg) is a sculpture, performance and domestic object all at once. The work consists of a mound sand that supports an illuminated lightbulb in a lampshade. Installing the work is a bit like building a sand castle on the beach – each iteration is different. While generally supported by the sand, the lightbulb and shade seem to have the potential to collapse at any moment, adding an element of “Slapstick Comedy” to what would normally be a static object. In English and in other languages, the human body is used as a metaphor to describe different parts of lamps, for example lamps have “arms” and “feet.” In this case the “body” of the lamp is like the human body, made of shifting matter that changes over time (like sand in an hourglass). The work also riffs on Robert Smithson’s Earthworks, specifically his works involving mirrors and sand, including Mirrors and   (1969-1970), a work consisting of piles of sand supporting a line of mirrors. While Smithson used sand as an entropic material meant as a metaphor for environmental forces, I use sand to reference entropy of the body. By turning a natural material into a domestic object, Sand Lamp (68 kg) also humorously alludes to Smithson’s use of mirrors for their ability to dislocate, to confuse inside and outside” – Jamie Isenstein.

Jamie Isenstein’s Sand Lamp is the ninth chapter of 5779, the exhibition project opening the first season of BUILDINGBOX, which is an independent space within the premises of BUILDING, characterized by its own unique program. The opening project, curated by Nicola Trezzi, opens on the week of Rosh HaShana, which is the beginning of the new year – the year 5779, as the title says – according to the Hebrew calendar.

Following these premises, a window gallery which is visible 24/7, and a calendar which consists of 13 months: 5779 is a leap year (Nisan, Iyar, Sivan, Tammuz, Av, Elul, Tishrei, Marcheshvan, Kislev, Tevet, Shevat, Adar Alef and Adar Beth), 5779 is a group exhibition in which several artworks are not presented next to each other but rather one after the other. The structure of the calendar – day after day, month after month, year after year – becomes the guideline for the presentation of artworks by several artists; in doing so, this structure transforms the essence behind group exhibitions, from coexistence and juxtaposition to linearity and procession.

Jamie Isenstein’s Sand Lamp will remain on view until July 1, during the days of Sivan. 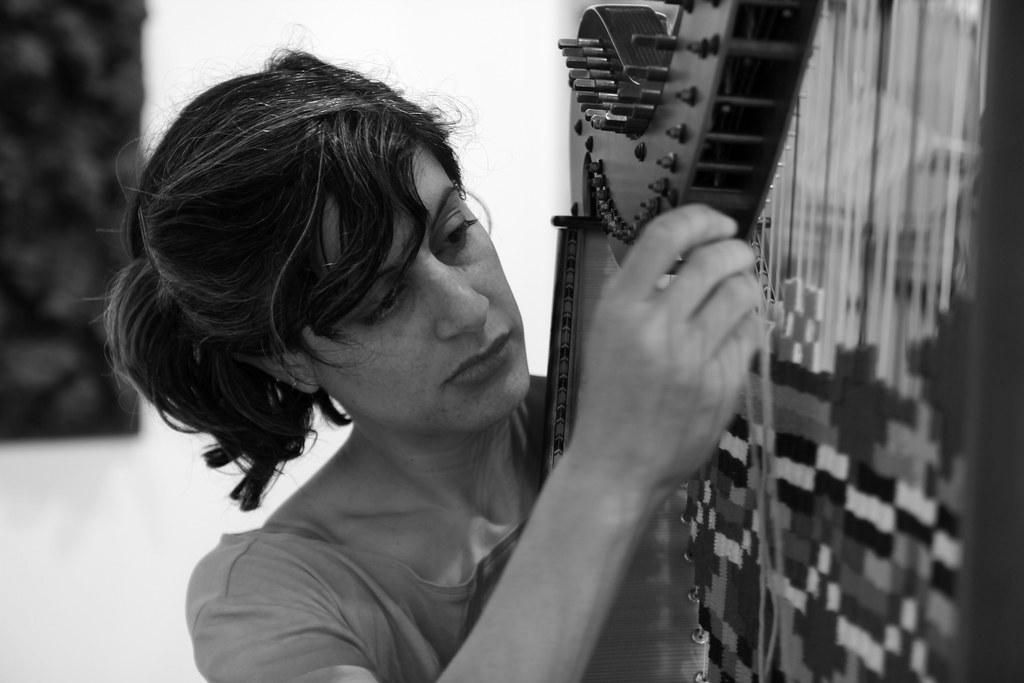