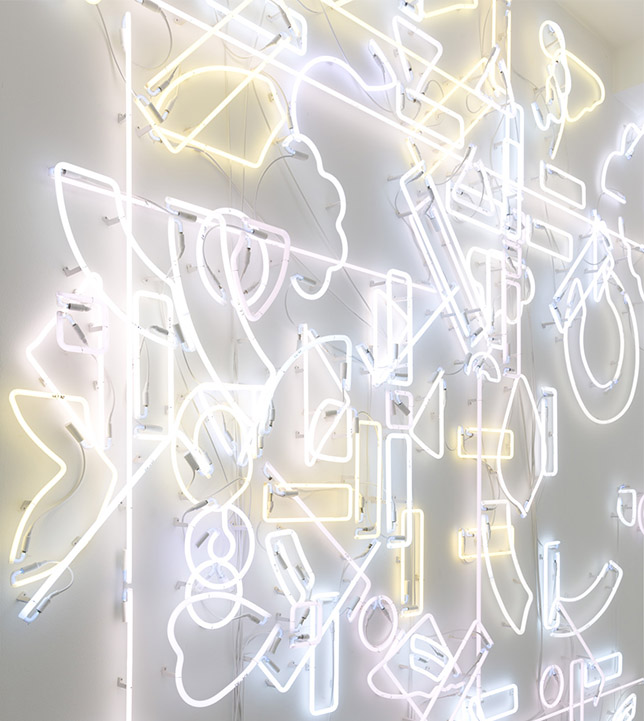 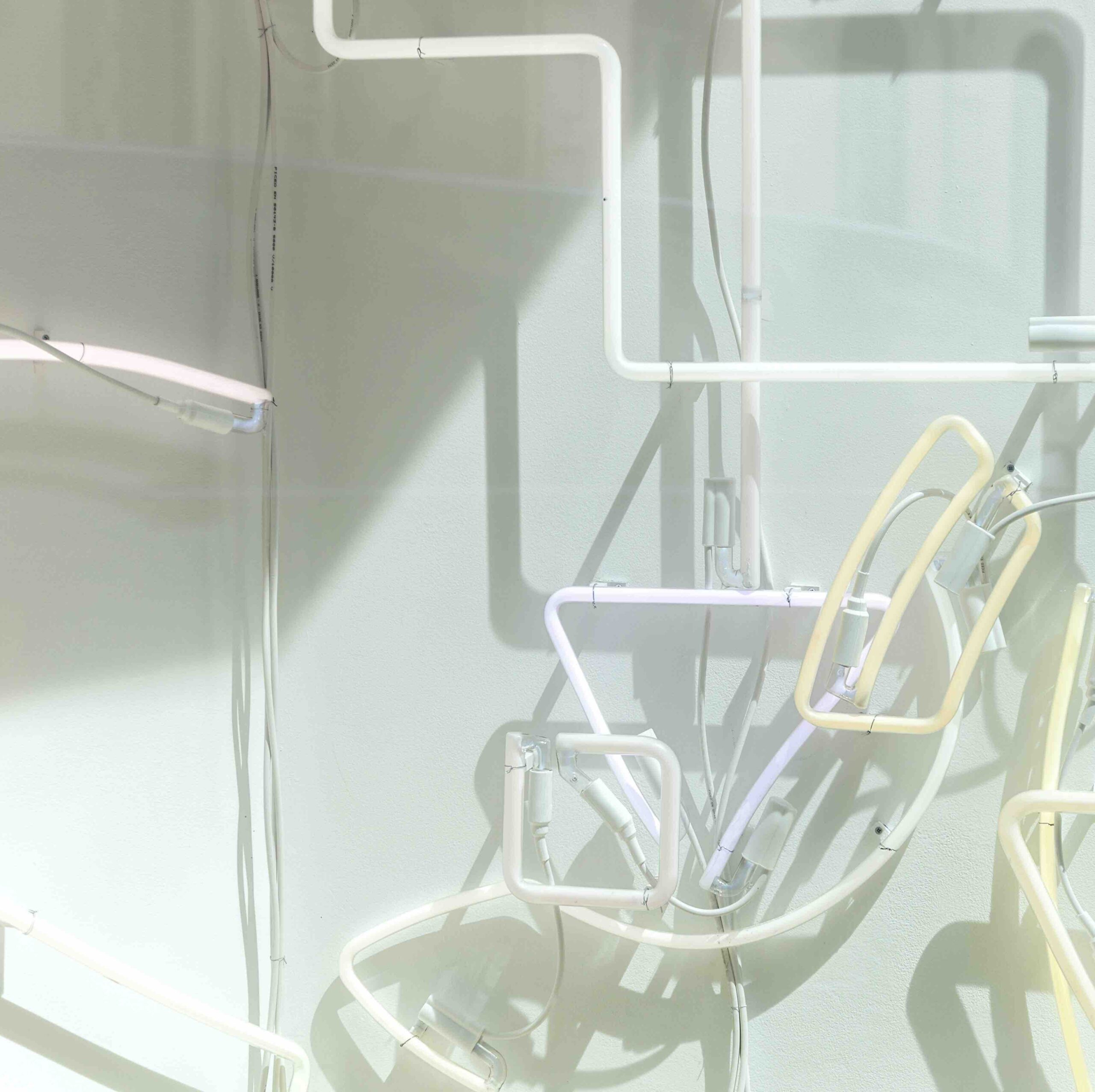 Pae White belongs to a generation of artists who have been fascinated by the language of design and craft. Through a deep understanding of the notions of collaboration and contract work, these artists have based their practice on the redefinition, recontextualization and reversal of these themes, through the creation of hybrid pieces of art: works that are at the same time works of art, pieces of industrial design and somehow functional objects.

The work presented for BUILDINGBOX is a fragment of an installation made of 540 neons. The initial project – consisting of over 2.000 tubes of neon – has already been reconfigured through a randomizer, which adapted and transformed the installation in accordance to the space intended to accommodate it. The same strategy has been applied once again for the space of BUILDINGBOX.

Conceived as a kind of light therapy to offset seasonal affective disorder, <L3U~.>C≈K¥◊CHΔRMS‡ refers formally to ornamental motifs from a mythical magic carpet. Hued in different gradations of white that simulate the effects of daylight, the neon installation creates a joyful “light room”, which in this case visitors and passersby will have the chance to experience not only during the day but also during sunset, night and dawn.

Pae White’s<L3U~.>C≈K¥◊CHΔRMS‡ is the eight chapter of 5779, the exhibition project opening the first season of BUILDINGBOX, which is an independent space within the premises of BUILDING, characterized by its own unique program. The opening project, curated by Nicola Trezzi, opens on the week of Rosh HaShana, which is the beginning of the new year – the year 5779, as the title says – according to the Hebrew calendar.

Following these premises, a window gallery which is visible 24/7, and a calendar which consists of 13 months: 5779 is a leap year (Nisan, Iyar, Sivan, Tammuz, Av, Elul, Tishrei, Marcheshvan, Kislev, Tevet, Shevat, Adar Alef and Adar Beth), 5779 is a group exhibition in which several artworks are not presented next to each other but rather one after the other. The structure of the calendar – day after day, month after month, year after year – becomes the guideline for the presentation of artworks by several artists; in doing so, this structure transforms the essence behind group exhibitions, from coexistence and juxtaposition to linearity and procession.

Pae White’s <L3U~.>C≈K¥◊CHΔRMS‡ will remain on view until June 2, during the days of Iyar. 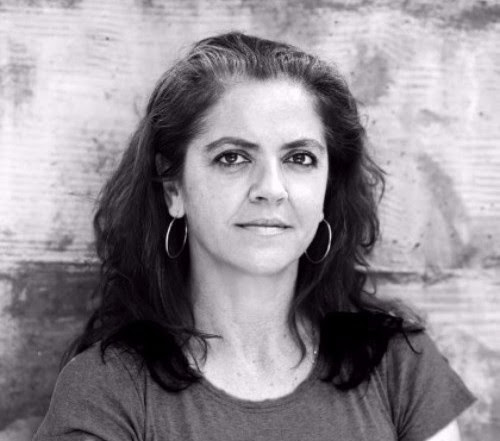