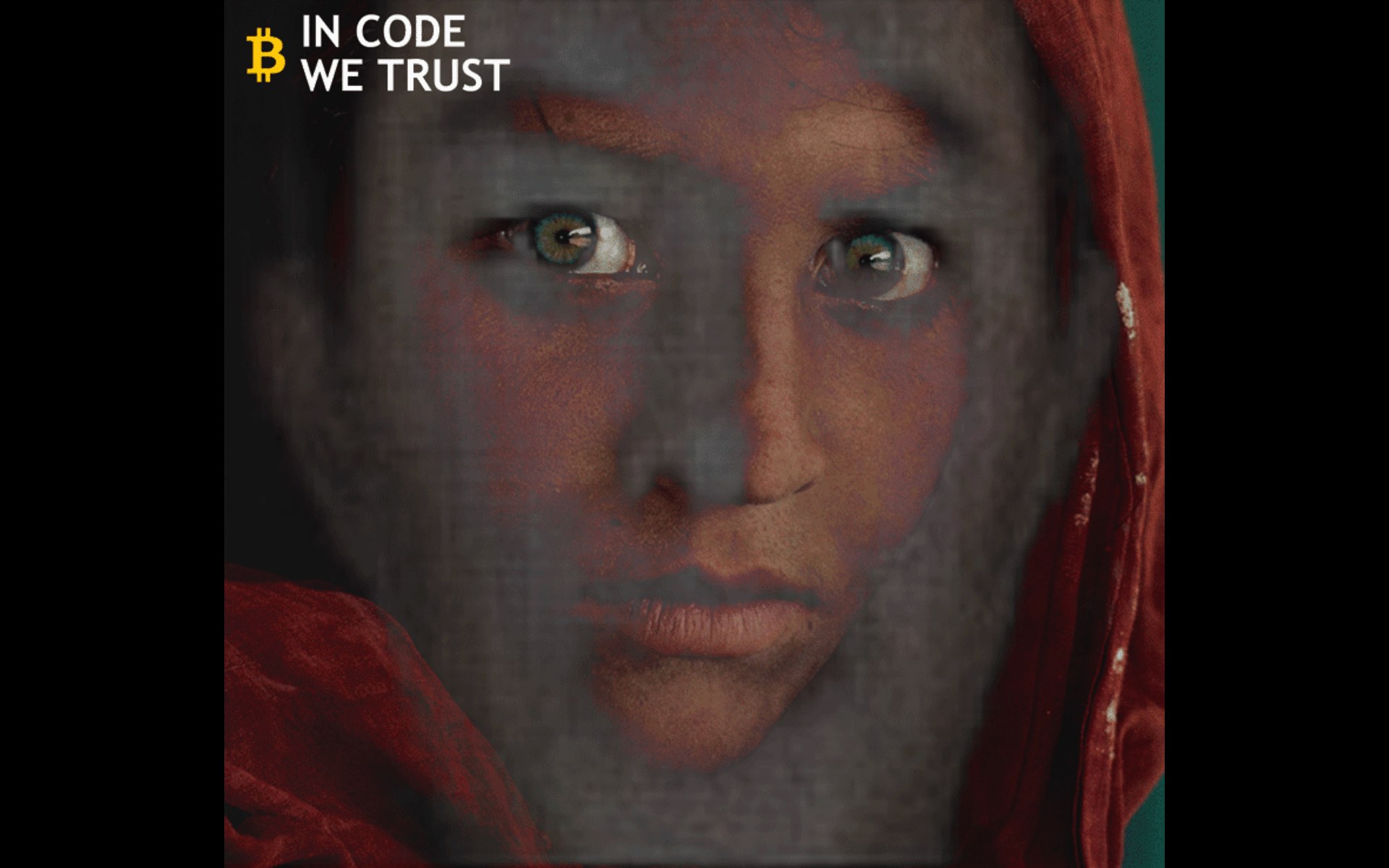 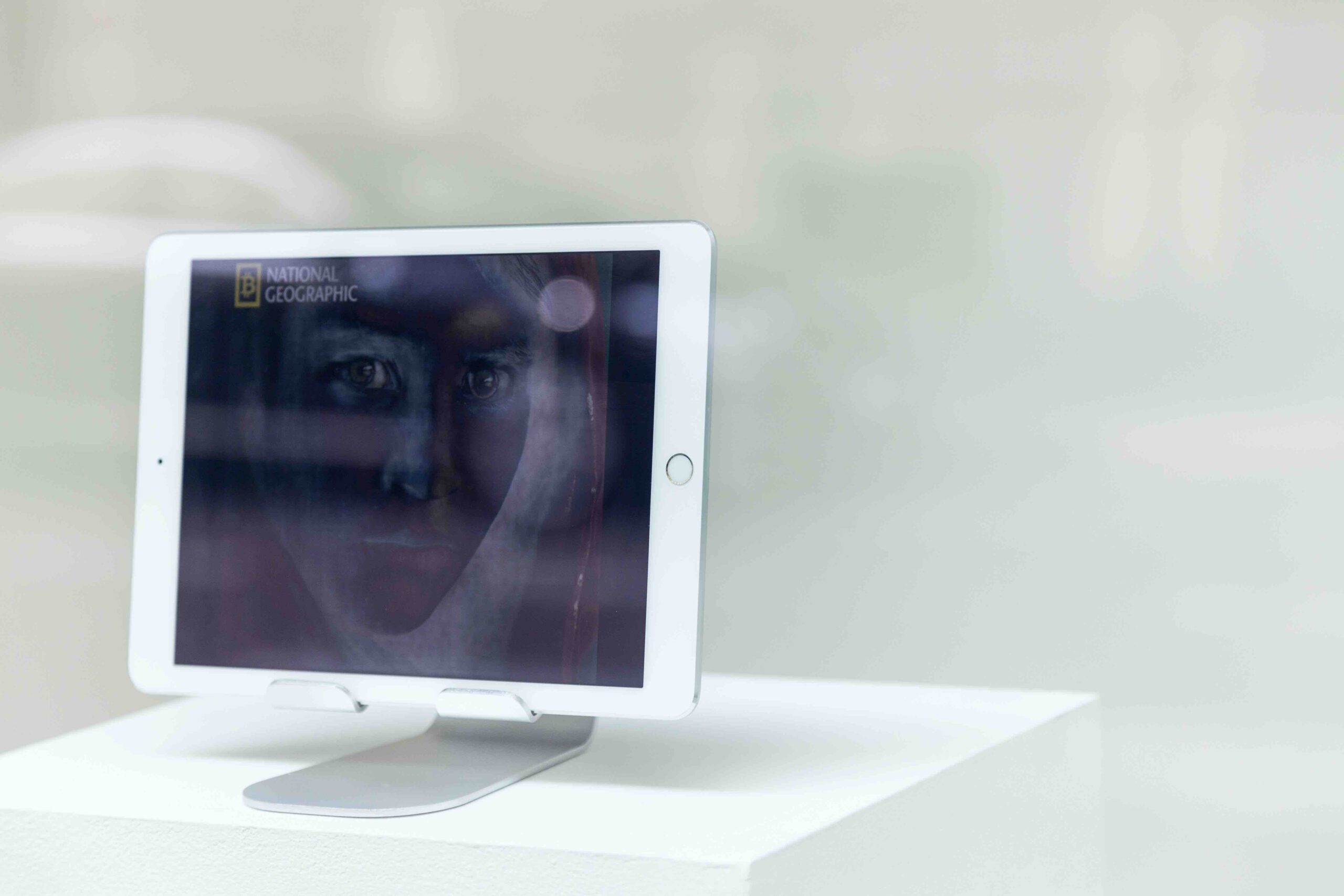 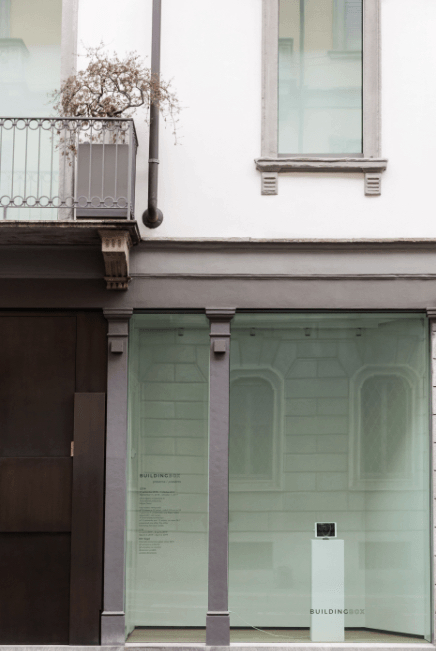 Following her interest in systems of meaning and codes, Miri Segal’s work is a portrait of Bitcoin’s founder Satoshi Nakamoto, apparently a pseudonym, and it consists of a GIF animation flickering between two images. One image is the face of an Asian man, an image that had already been used online as Nakamoto’s official portrait. Segal discovered that the image had been originally created by the National Geographic in an attempt to generate a face whose features would embrace and sublimate all the different racial characters of today’s global population – in other words the middleman par excellence.

The other image is the so-called Afghan Girl, an award-winning photograph taken by journalist Steve McCurry that was on the cover of the June 1985 issue of the National Geographic. The photograph has been called “the First World’s Third World Mona Lisa”. While creating a flickering movement between the two faces in order to have their eyes coinciding, Segal also included two inscriptions: one is the logo of National Geographic while the other is the bitcoin symbol “฿” with the motto “in code we trust”, a reinterpretation of the inscription “in God we trust” found on the US twenty-dollar bill. 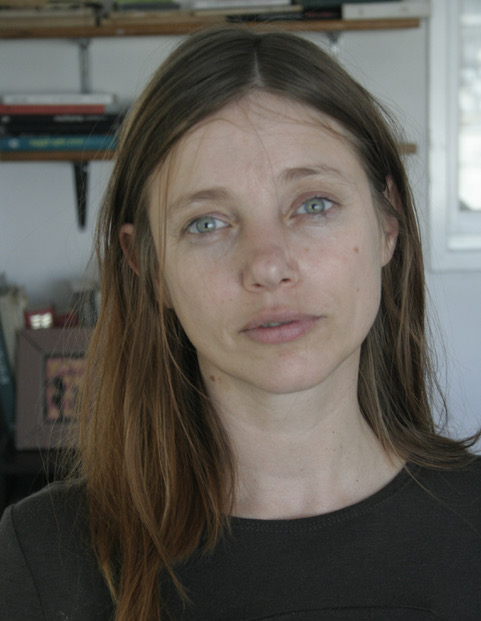