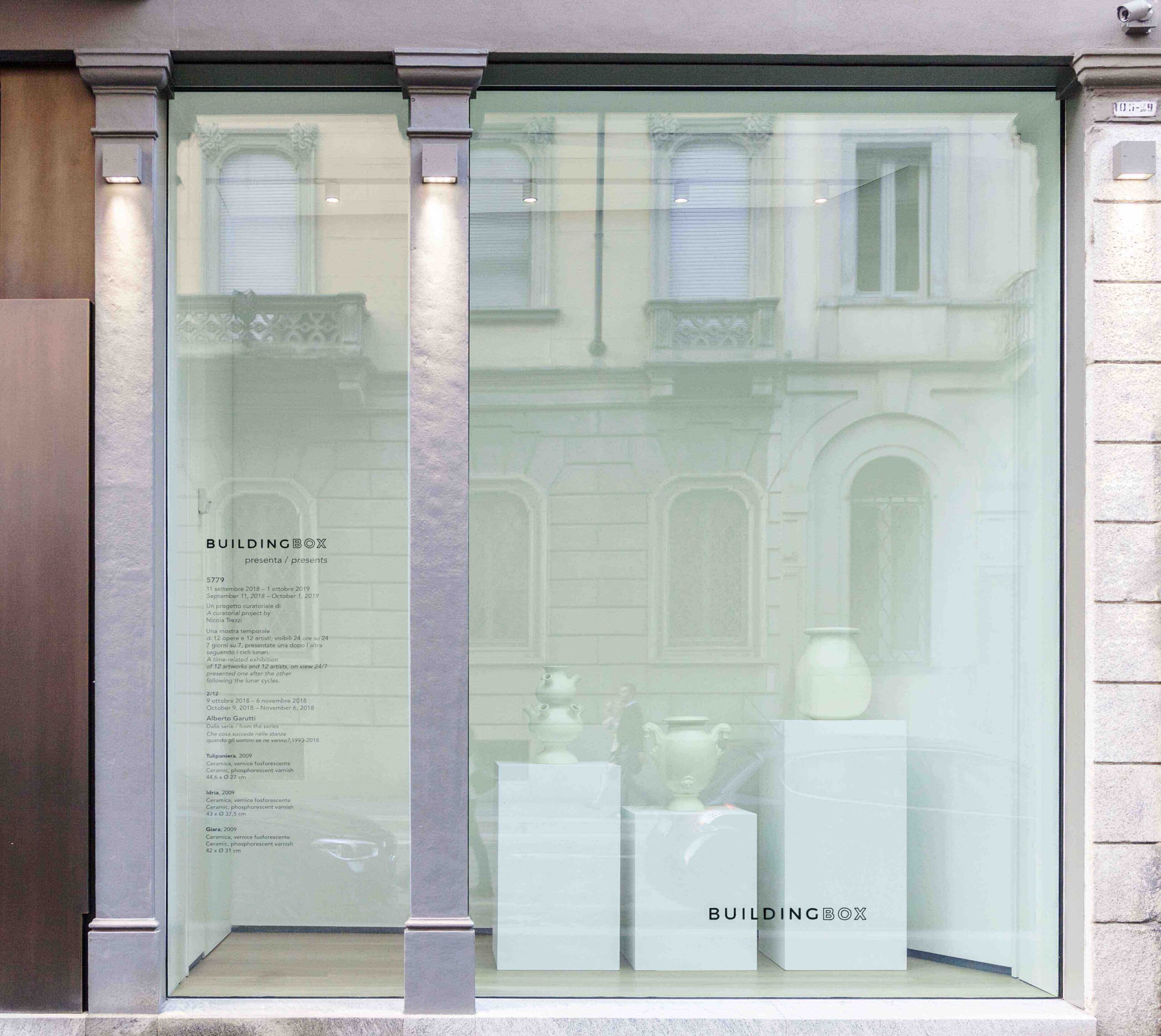 “I think about the house when it’s not inhabited: I imagine that objects, things, furniture, which saw day and night light, heard sounds and noises coming from places nearby, the telephone ringing in the room […]. When the exhibition space is closed, the lights go down and everybody leaves, some furniture, tables, chairs, and vases in the exhibition space start to shine because they are covered with fluorescent paint. These domestic and everyday objects camouflage themselves in the space of the gallery, so that they are not recognized as art. The spectator will see them as simple objects for furnishing […]. The artwork can only be imagined, thought of, awaited” – Alberto Garutti.

Part of the series started in 1993, with Idria, Tulipaniera and Giara, the artist appropriates domestic objects from Liguria’s tradition in order to continue his subtle critical analysis of exhibiting systems. The title of the series, Che cosa succede nelle stanze quando gli uomini se ne vanno? [What happens in rooms when the people have left?] appears as a true manifesto: the artist creates a family of works which fruition is never complete, which appearance is conceived for the moments in which is ‘deactivated’. In other words the work shines, conceptually and physically, when it is not observed, when it is deprived from its spectatorship. Therefore Alberto Garutti modifies the public’s perception of the work: “It can only be imagined, thought of, awaited”. The work of Garutti is unveiled through this immaterial tension, for him the work is realized only with the encounter with the spectator and a patient effort is demanded in order to look for it.

In this case, perfectly in tune with the premises of 5779 and its desire to dismantle specific rules of exhibition making, the work of Alberto Garutti lives in a sort of “exhibition eclipse” due to the fact that its context, BUILDINGBOX, allows to see his works also when they are usually not visible.