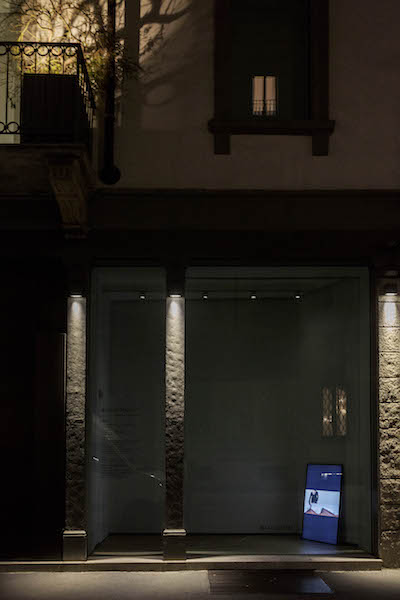 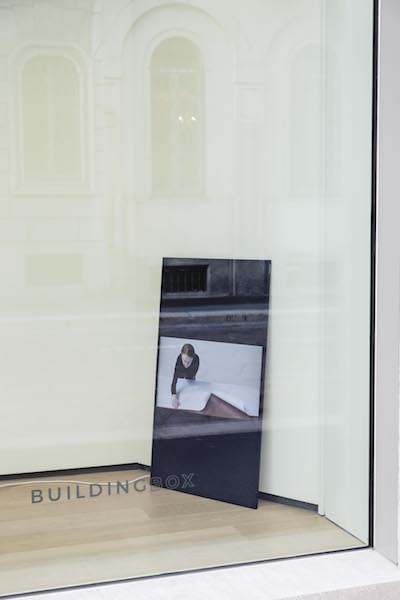 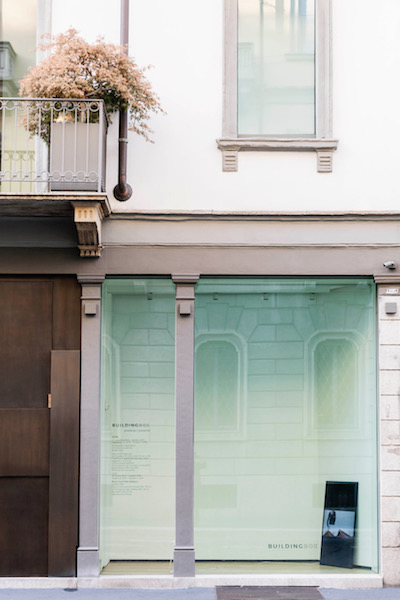 As often happens in the work of Marie Cool Fabio Balducci, the action is its protagonist. In the specific case of Untitled (2008) the action, or the gesture, derives from the function of the tape repairing/putting together two parts that were separated. In this case the person functions as tape in a political relationship with a common destiny. In the practice of Marie Cool Fabio Balducci both politics and economics, not to mention the idea of individual and her/his “role”, are notions particularly important; however, they aredeveloped between abstraction and “doing nothing,” in a placewhere the gesture is always contrived/reduced (not minimal) exactly by the issues at stake.

Marie Cool Fabio Balducci’s Untitled is the twelfth and last chapter of 5779, the exhibition project opening the first season of BUILDINGBOX, which is an independent space within the premises of BUILDING, characterized by its own unique program. The opening project, curated by Nicola Trezzi, opens on the week of Rosh HaShana, which is the beginning of the new year – the year 5779, as the title says – according to the Hebrew calendar.

Following these premises, a window gallery which is visible 24/7, and a calendar which consists, for this year, of 13 months (Nisan, Iyar, Sivan, Tammuz, Av, Elul, Tishrei, Marcheshvan, Kislev, Tevet, Shevat, Adar Aleph and its intercalary Adar Beth), 5779 is a group exhibition in which several artworks are not presented next to each other but rather one afterthe other. The structure of the calendar – day after day, month after month, year after year – becomes the guideline for the presentation of artworks by several artists; in doing so, this structure transforms the essence behind group exhibitions, from coexistence and juxtaposition to linearity and procession.

Marie Cool Fabio Balducci’s Untitled will remain on view until September 29, during the last days of Elul. 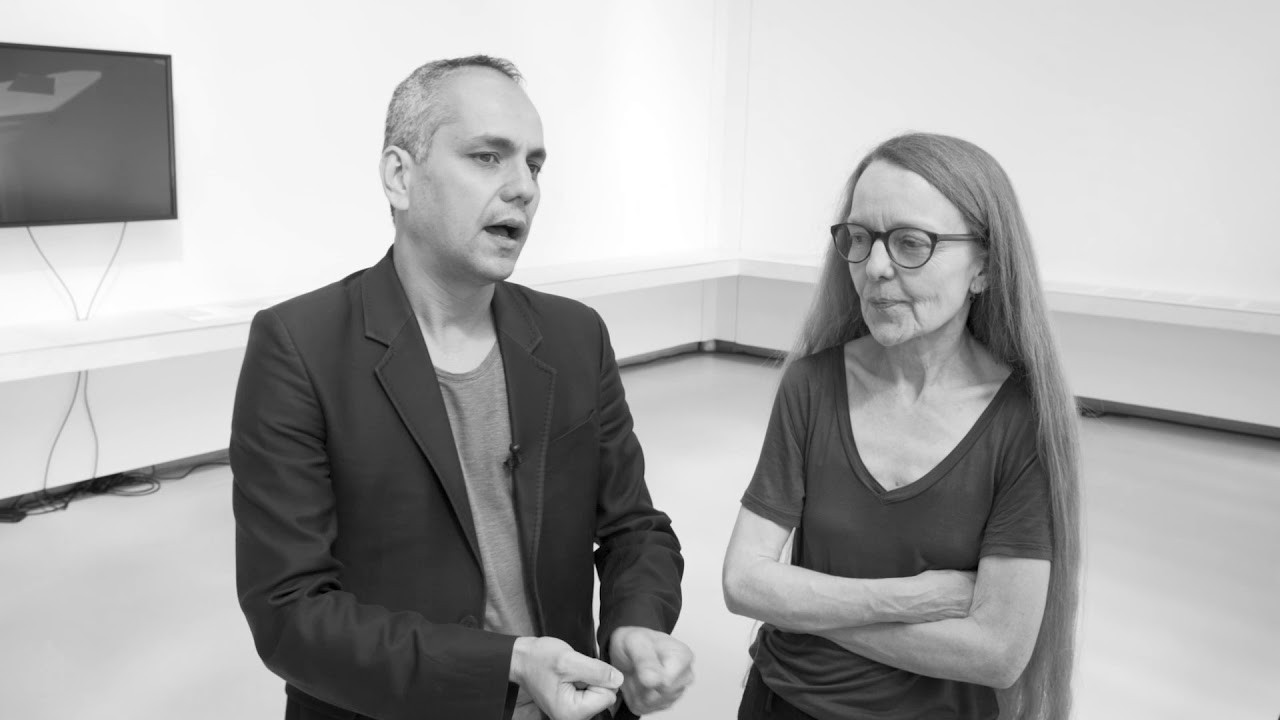