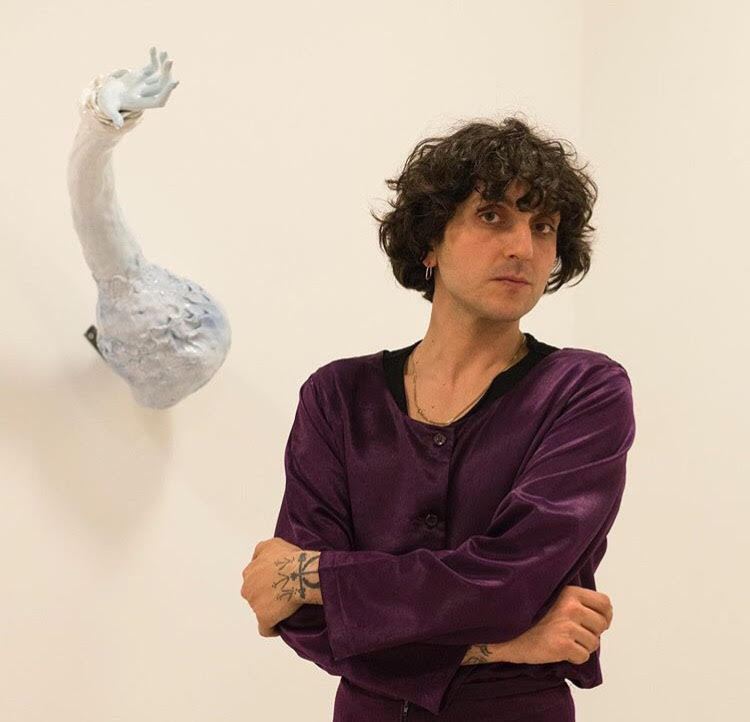 Emiliano Maggi (Rome, 1977) lives and works in Rome. The artist explores the creation and disintegration of the self, producing sculptures that broaden up the range of figurative representation and evoke abstract regions beyond the realm of recognizability. His work is centered on human and animal forms, which in Maggi’s vision include not only their body but also mind, imagination and soul, not to mention the way the material world is perceived and felt through these channels. A world of fairytales, horror and science fiction movies, erotic literature and rural iconography, where the human and animal bodies merge into countless genderless corporealities, resisting the dynamics of the performative power of figuration. Each of his works sprouts from a continuous and intuitive relationship within a vast range of techniques and materials: from sculpture to performance, from painting to music and dance too. His work reveals an ethic that depicts the world through its surfaces and in its details, where countless moments of invention and curiosity reflect the mysteries of the ever-changing consciousness. 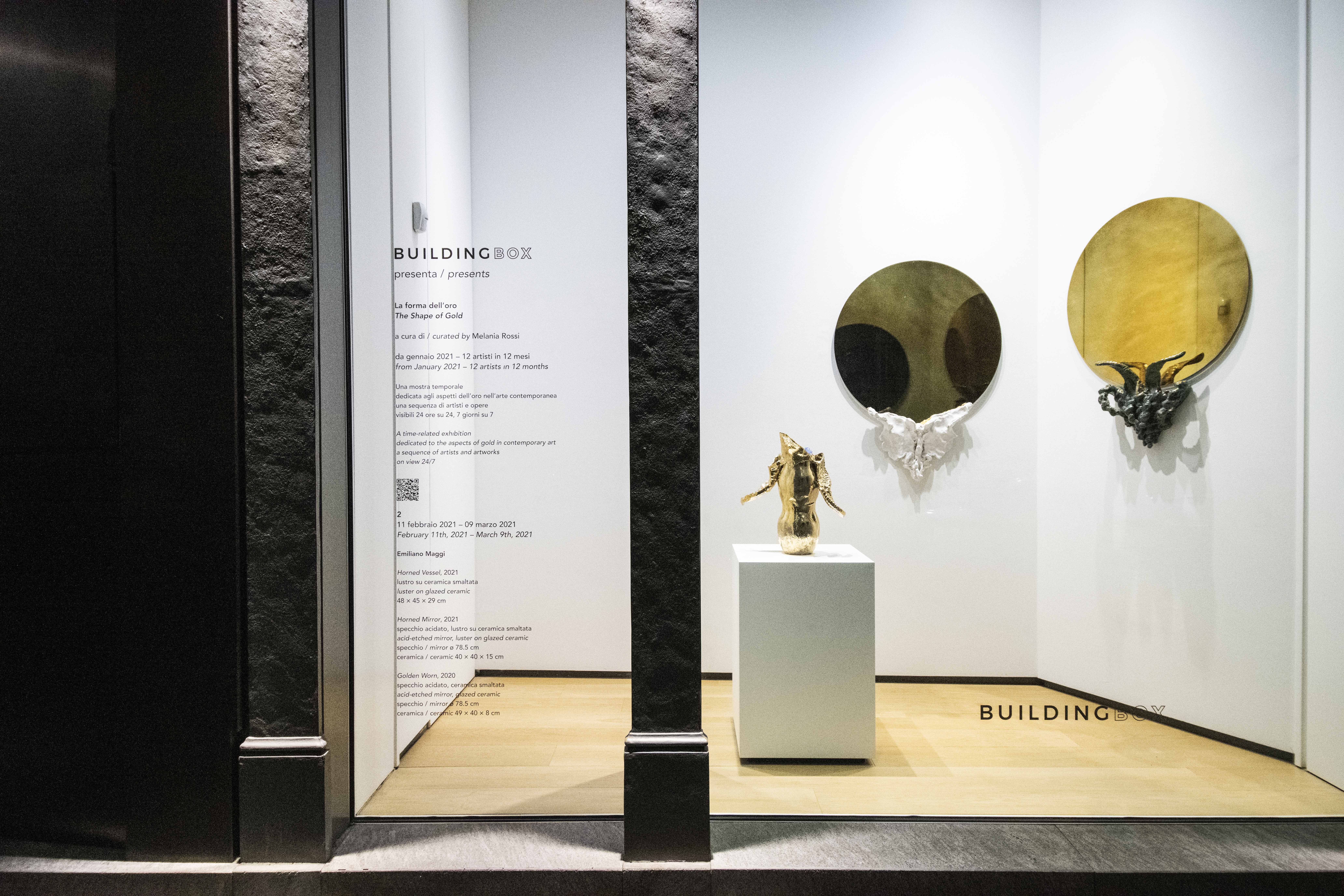