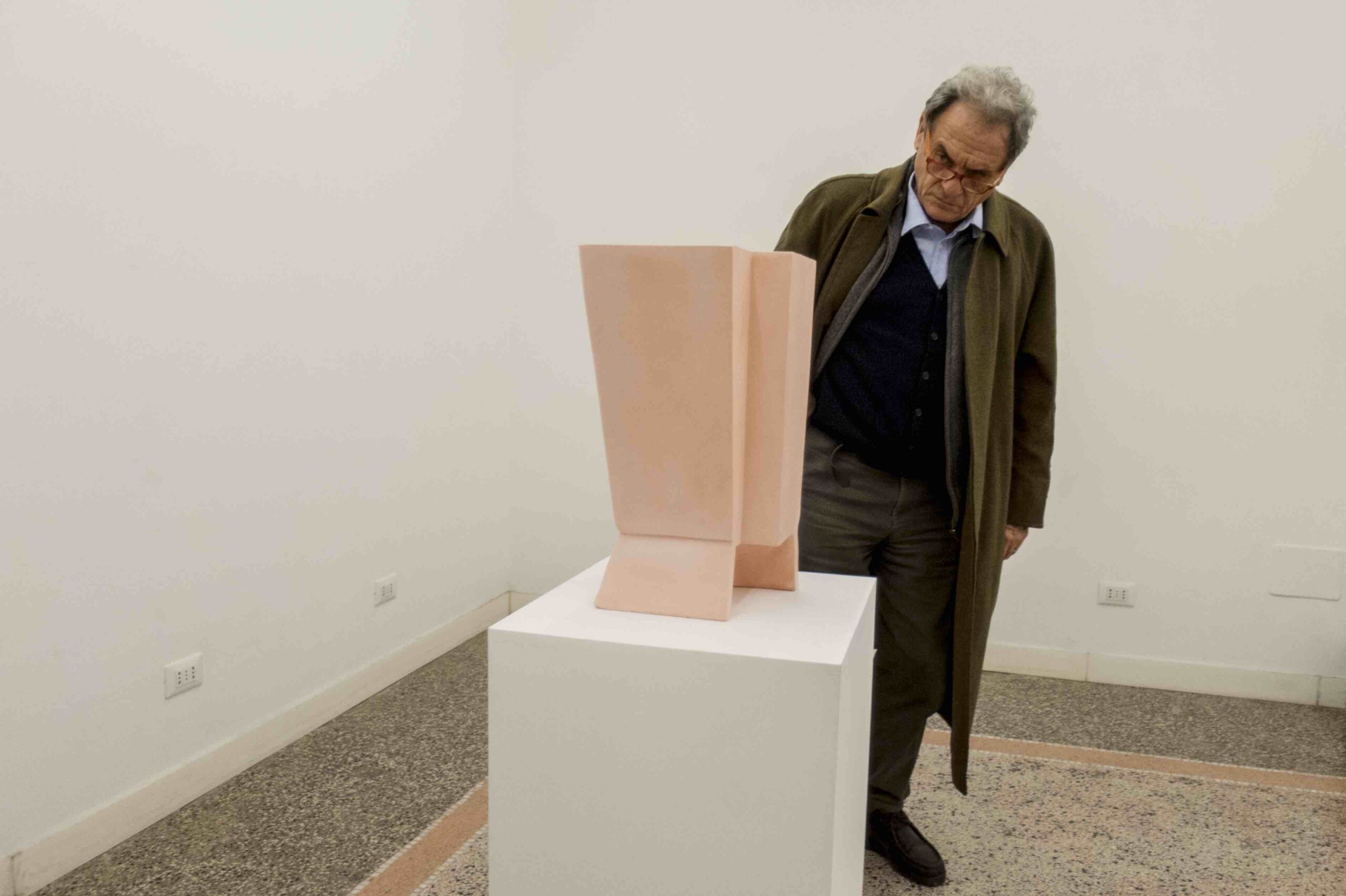 Alberto Garutti (Galbiate, 1948), artist and teacher, has been taking part in international exhibitions such as the Venice Biennale, the Istanbul Biennial, Arte all’Arte in 2000 and the Memory Marathon at the Serpentine Gallery in London in 2012. His work has been the subject of several solo exhibitions in private galleries such as Galerie Paul Maenz in Cologne, Galleria Minini in Brescia, Magazzino d’Arte Moderna in Rome, Studio Guenzani in Milan, Galleria Marconi in Milan, Buchmann Galerie in Lugano and Berlin, and Galleria Massimo De Carlo in Milan.

Due to his research for an open dialogue between the work of contemporary art, the spectator, and the public space, the artist has been invited to create works for cities and museums all over the world.
Among the most notable projects: Ai Nati Oggi for Bergamo, Gand, Istanbul and Moscow; Piccolo Museion in Bolzano; Dedicato agli Abitanti delle Case for the 21st Century Museum of Contemporary Art in Kanazawa (Japan); the work commissioned by Fondazione Zegna in Trivero; Tutti i Passi displayed in Antwerp, at the Malpensa International Airport, at Cadorna railway station in Milan and Santa Maria Novella square in Florence; and the work commissioned by Hines Italia for the Porta Nuova neighborhood in Milan.

His monograph Alberto Garutti – Didascalia/Caption, has been published on the occasion of his solo exhibition at Padiglione d’Arte Contemporanea in Milan in 2012, curated by Paola Nicolin and Hans Ulrich Obrist.